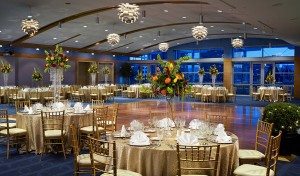 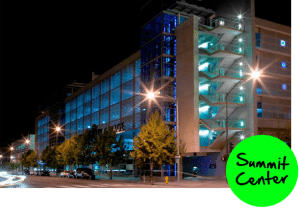 It is located on top of a parking structure and so, obviously, parking will not be an issue, particularly on the weekend. There are a number of hotels in the immediate vicinity for those traveling to the event. There are only 128 spots for this event due to space restrictions and we anticipate them selling out quickly, so do not wait to get your tickets!

Spirit of the Event

The 40K Friendly Event is all about celebrating the fun of the hobby with big, themed armies and games that focus on forging a narrative in a relaxed environment. All lists must be approved by the TO to ensure that they are fun and fair! The event is about competing in good spirits as a team.

The outcome of your game helps to determine your total score. However, you are not alone, you are fighting as a team! We will divide the players into teams, which will roughly be Imperials, Xenos and Chaos. This will vary dependent upon what armies are there. We will average the total points of each team earned over the round and everyone uses this as their battle points score. Your battle points score is 1/3 of your total score.

All models are expected to be WYSIWYG as much as is reasonable. Proxies are not permitted. Counts As armies with counts as allies will only be permitted if they represent a clearly concerted effort to build a unique army around an obvious theme. For example, an Adeptus Mechanicus army using extensive kit bashing and conversions will be fine. If you go this route, YOU ARE REQUIRED TO HAVE A HANDOUT TO SHOW YOUR OPPONENT THAT SHOWS WHAT EACH UNIT IN YOUR ARMY IS ALONG WITH ITS STATS AND PERTENANT RULES! You must also present this to them prior to the game so that they have time to understand what they are playing against. There will be no exceptions to this.

There is a fine line between creative freedom and modeling for advantage. We do not wish to stifle anyone’s creativity, but in the end, this is a game that relies heavily upon the physical characteristics of the models being used.

Modeling for advantage will be handled on a case by case basis. To resolve a possible abusive situation, follow these steps:

Examples of what we consider modeling for advantage:

Hills: All rolling hills are open terrain, granting 4+ cover via LOS blocking/interference as normal but do not count as difficult terrain.

All other terrain functions as outlined in the book BRB pg. 108-113.

Terrain Data Slates will not be used for the BAO 2014.

← Signals from the Frontline: Warhammer 40K and General Gaming News, Rumors, Tactics and Comedy.
Writing a List for 7th ed 40K and the BAO 2014 →