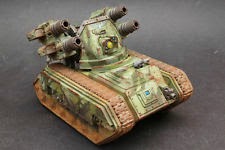 Hey everyone, Reecius here to talk about the new hawtness in the Astra Militarum book: the Wyvern. For more great reviews, check out the Tactics Corner!

The Wyvern is a multi-barreled, self-propelled artillery piece in the Astra Militarum arsenal that bears some close attention. With the ability to lay down a hail of anti-infantry barrage shots down-field, this is an incredibly useful tool at a great price point, coming in at the cost of a Chimera.

The Wyvern is an absolute infantry lawn mower. The reason it is so good, is because it is fully “buffed” at all times without requiring any other support unit. For a low price point, you can get that vital barrage weapon into your list while keeping your support unit focused on other heavy hitters in your list that want those psychic buffs. 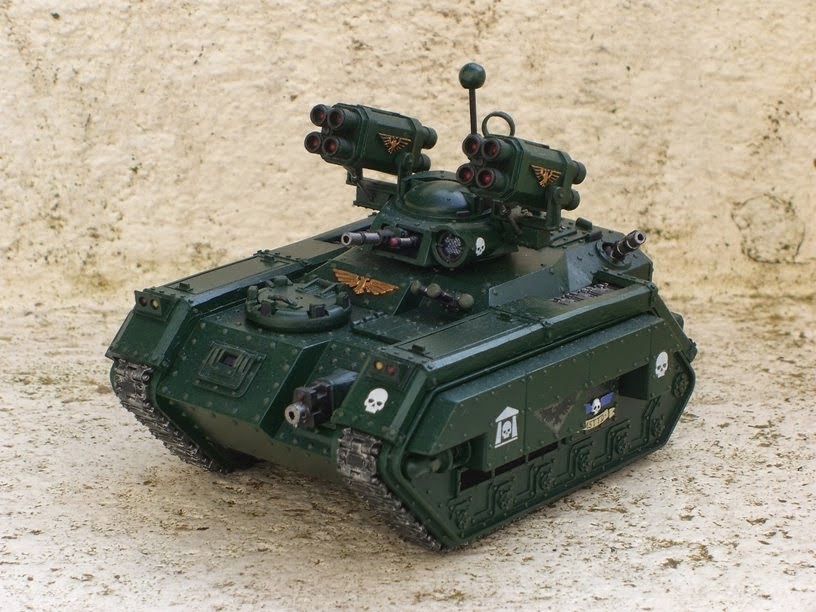 The Wyvern is a beast, pure and simple. It’s dirt cheap, fills a roll in almost any list, and packs a punch.

At first glance, a lot of folks balked at the primary weapons of the Wyvern. The Strength 4, AP6, small blasts don’t inspire fear on the first read. However, when you factor in the special rules of these weapons, their real power becomes revealed. Being twin-linked, barrage, Ignores Cover, and with Shred, they are ultra reliable.

Rerolling in 40K is incredibly useful. Duh!, right? But a lot of folks miss just how good it is. You get a massive statistical increase in your average results which makes units like Wyverns incredibly reliable. As they reduce so many variables, they will average more wounds on a target, more often than other more expensive, more powerful artillery pieces. Your odds of rolling a hit go from 1/3 to 5/9. Your odds of wounding on a T3 model go from 2/3 to 8/9, against a T4 go from 1/2 to 3/4. Your odds of getting through cover go to 100%! Barrage is also a critically important tool in a good list as it allows you to hit units out of LoS, but also to snipe important models out of a unit. With 4 blasts, you can REALLY stack wounds on a model in a unit to improve the odds of successfully sniping your target. The lower strength means that the Wyvern won’t be as useful against high toughness or armored targets as other barrage weapons, but against light infantry you will be hard pressed to find a better tool.

The reason I take a Wyvern in every list now, is due to the rise in the small, dedicated scoring units–particularly in Xenos armies–that are in so many lists now: Cultists, Guardian Jet Bikes, Daemons troops, Fire Warriors, Kroot, Henchmen, Scouts, other Astra Militarum troopers, etc. The Wyvern is a perfect hunter for those units. Even if they have Stealth, Shroud, etc. the Wyvern is deadly.

A single Wyvern I have found works great, is fairly easy to keep out of danger, and will admirably perform its role of infantry hunter. If you really want to increase the damage output, you can take a battery of two to three, although I do not believe this is necessary. It certainly isn’t bad at all, and the increased damage output helps a lot to overcome the defense of tougher units like Space Marines or for large units like hordes of Ork Boyz or Gants. The risk of both Wyverns getting smoked by a single attack is fairly high though, as they are relatively fragile and two tanks can be difficult to hide.

In all, the Wyvern is a great addition to the IG lineup and I have been thoroughly enjoying using mine.