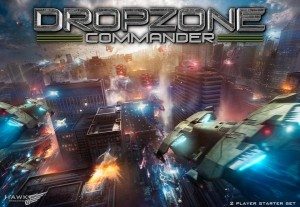 TinBane is here to talk about expanding the DzC Starter Set, which is where many of us will naturally go with the game! For more great articles like this, check out the Tactics Corner.

The DZC Two Player Starter Set has been getting a lot of airtime recently with channels like Beasts of War and Natfka posting up some great content. The two player starter set gets you two mirror-match forces of three main battle (or grav in the case of scourge) tanks, three AA support tanks, three APCs, thirty infantry (on bases of 5) and three dropships. This gives you around 550pts each, enough for a small skirmish, and while it’s probably one of the best starter boxes out there, it’s just that, a starter box.

The natural extension, therefore, is where do you go from here? I’ll attempt to explain where I would take the starter forces, as someone who has done just that. 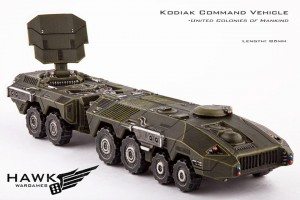 To start with, there is a mandatory purchase that you need to get to field 1000pts or more in DZC, that isn’t included with the starter set: Your command unit. For the UCM, it’s the stretched-bear, known as the Kodiak and for the Scourge, the flying squid horror known as the Desolator. Given you started with the two player starter set, I’d suggest you keep the spare Bear APC unpainted and put the Kodiak upgrade parts on it, and use the Kodiak body as your “spare” APC. The plastic Bear model is far superior to the resin, as it doesn’t have a seam disrupting the detail on the back! The UCM command unit, is very much a support unit. They sit along the back line firing relatively inaccurate orbital lasers at your enemies (but they are E13, the highest power in the game), for the most part you park them behind a building and never move them again. The Desolator is no back-line dweller, it’s generally played in one of two ways: to absorb AA firepower and take the fight to the enemy, or kept a little back from the front line to own the late-game once both forces have been a bit depleted. It’s an imposing model, with suitably imposing rules, but as a flyer, it WILL die to focused AA. One last potentially “mandatory” buy, is your faction’s deck of command cards. These are a precious resource, generated by sinking points on your commander, and they give you the option to change the flow of battle and add further tactics and chaos to an otherwise quite “chess like” gaming experience.

One critique of DZC, has always been the price, and while I’d argue that you can build a legal army at a fraction of nearly every comparable game out there, the resin models are (justifiably IMO) pricey. So by default, my first suggestion is to acquire a second boxed set. Maybe you found a friend and split the two factions, maybe you can trade with someone at your local club and acquire your factions sprues, maybe you can just get a set of your faction starter sprues on ebay.

At the end of the day, you can get your second sprue for a trade, or perhaps for $40 if you can buy one (that’s about a fair price). 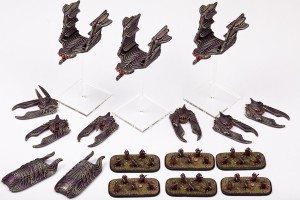 At that price point, you are picking up a lot for your dollars. In 40k parlance, battle tanks are like your tactical squads, not amazing at anything, but tend to be cost effective and win you games. Infantry is to all intents and purposes, your key scoring unit. Having two extra APCs filled with infantry will help you dominate the field in most missions but it is a big investment. Luckily, you can mount the extra 6 bases of infantry in two or three light dropships. It makes sense to start with at the most 2 light dropships as they come in a blister together.

For the UCM, two bases of legionnaires in a raven-A weighs in at a very light 80pts. It’s more or less 110 per APC, when you factor in a condor to carry them. Further, a light dropship for the UCM can fly 24″ per turn, and they act totally independently, while APCs are both dependent on the same dropship. The same logic is true of the scourge.

So, you’ve got two starters, a commander, and a pair of light dropships (one blister of Raven-As or Intruder Alphas).

This gives you a 1250ish point force, with four battlegroups, and is a great starting force. Sure, you can build 1250pts that is “more killy” than this, but this list will give you good contests against any list in the game. You will have enough AT power to get some kill points, enough anti-air to lock down large areas of the battlefield, and enough infantry to get a stranglehold on objectives/intel.

The standard force sizes appear to be 1500 – 2000pts, and I personally favour 1500. At this size, you can have a cherry or two on top of the core list above, to really help focus your list on the enemy’s forces, but you don’t have the resources to take it all.

There are a few general focus-points that are popular online, I’d suggest playing proxy games with a friend to see what suits your style. 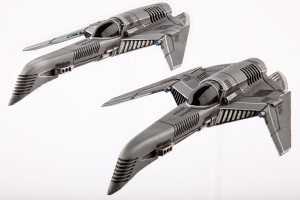 You add features to your list, to help you shoot down your enemy’s dropships. They will likely have light dropships, and you want to shoot these down if possible. One of the best options is flyers. Corsairs and Archangels are the Scourge’s and UCM’s respective options. In general Archangels are better at hunting dropships, and Corsairs are powerful enough to tackle any unit in the game, but are somewhat unreliable (their accuracy is a bit low, but when they hit, they HIT!). 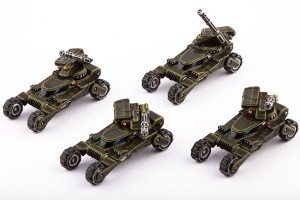 It’s a good idea to buy some scouts (Wolverines for the UCM), with points costs just in the double digits (or in single digits for scourge) and unit sizes of 4, you can pad your lists with these pretty easily, especially for scourge. They synergise well with indirect fire options such as the Longbow or the Annihilator as they are better at providing sight to the enemy than regular units (quite substantially). Your commander cards can also treat scout units as the origin, which can be incredibly useful. There’s nothing as frustrating as getting the perfect command card in your hand to save you the game, only to find your commander is too far away to play it. 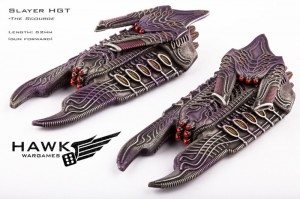 Treads on the Ground:

The easiest way to make sure you win more than your fair share of games of DZC, is to win the battle of ground forces. Having more anti-tank fire than your opponent gives you some key advantages: You can take out their AA giving your dropships room to breathe, you can take our their buildings quicker, making it more stressful for them to look for objectives, and you can reduce their ability to harm your AA/buildings. The UCM have the most traditional approach to this: get some Gladius tanks. For a 63% markup in price over the Sabre, the Gladius gives you two railgun shots (albeit at the same target) and two damage points. Most of the time, this means your opponent has to score two damaging hits on it. The Gladius doesn’t replace the Sabre, however it gives you a cheaper source of massed railgun shots. And with four Gladius tanks coming in at 236pts plus transport, that’s eight damage points and eight railgun shots for about the price of six (and a third) sabres. That’s tremendous value, especially when you consider that it’s enough firepower to deal buildings 10 damage points with good reliability.

At 54 points, taking some Slayer heavy tanks makes a great deal of sense for all the reasons above, however their reduction in speed is a big penalty, because it’s one of the best facets of the Hunter grav tank. By the same token, four of these babies approaching range on a critical building, are fairly good chance to deal 20 damage points thanks to their demolisher rule! 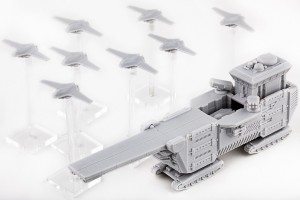 Jack of all Trades (UCM):

The UCM have access to one of the best generalist units in the game: The Ferrum Drone Carrier this bad boy keeps up to 8 small flying drones in the air. Drones are deployed in squads (hits can propagate around the squad, meaning you can wipe them out pretty easily). However, they have a new experimental focus rule that allows them to combine hits into more powerful ones. In addition, they are all scouts, giving you excellent command radius, and also sight for your Kodiak’s “laser pointer from the sky” orbital strike. One word of caution is that this unit is currently experimental, meaning that it’s rules are (VERY) likely to change in the near future. However at the moment it’s a very solid choice, and features on most UCM lists. EDIT: Hawk have (rightly) nerfed the Ferrum, so that after it’s initial launch, it can only relaunch 4 drones per turn. This means it’s much easier to keep a Ferrum in check! 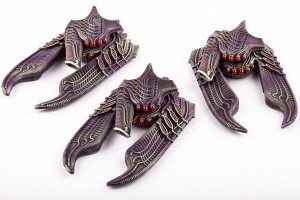 The scourge have one very interesting potential build. Spend all your extra points on making maxed-size (9 tank) squads of hunters, and don’t bother with transports. With a speed of 9 inches they can get to where they need to go very quickly without a dropship, and each dropship you don’t take is an extra tank you can take. The pure number of hits required to take out these grav tanks will be too much for most lists, and when combined with the rest of your list, it’s possible for them to demolish a “large” building in a single turn. Not that anything would survive 30+ falling masonry tests.

DzC isn’t 40k, while the tournament scene is yet to become as mature, “all comers” lists are definitely very capable and safe choices. You needn’t try too hard to find a really nice edge-case in the rules to exploit. For one thing, it will probably be fixed very quickly if it wins a tournament. For another, so far aside from pre-nerf Ferrum spam (which wasn’t as good as some people feared anyway) nobody has worked out a fool-proof list that is anything approaching unfairly tough.

Posted on April 18, 2014 by Reecius in Dropzone Commander, Tactics