From Down Under, we get a guest editorial by William Shaw on Forgeworld and it’s actual vs. perceived status in the game. Will offers up his opinions and some facts on Forge World in his own words. 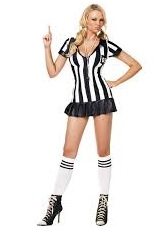 The idea of this post is to end the debate on officialdom of Forge World, with written statements that have been published by the Games Workshop design team. This is not a debate on whether or not Forge World is broken or unfair, only if it is official. Please remember that before you start screaming, I’m not telling you how to play, merely pointing out a written list of verifiable facts with which you may not be familiar.

First the reason I decided to write this article:

Recently on Faeit 212, Nafka posted a story about forge world becoming official http://natfka.blogspot.com.au/2013/10/forgeworld-becomes-official-for.html and this started (at the time of writing) a 148 post flame war that involved some more well-known people in the 40k community (really they are all part of the American national tournament scene community but that is another story for another day).  As far as I could tell, Mike Brandt (as far as I can tell he is some type of big TO guy, I have heard his name on podcasts) Reece Robbins (the guy who voice sounds like a gravel pit) and Neil from the 11th company (who seems to hate the entire game and everyone in it). 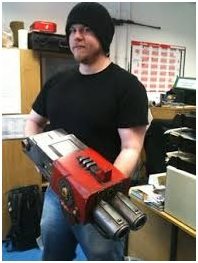 he made the point that it has always been official and pointed out that Games Workshop has been saying this for a long time in many different ways.

It seemed that no one bothered to listen

I find this interesting, despite ADB being an employee who clearly interacts with designers and management on a regular basis. The fact a person who can simply ask a game designer about a RAW or RaI issue could be so simply dismissed (I’m pretty sure he role-plays with Phil Kelly) confused and bothered me.  The point that he was making wasn’t even a rules question, he simply explained a company policy which answered the question if Forge World models are official.

The other thing I found interesting (clearly no one else did though) is: what is ADB doing on Faeit 212 anyway? Again, he works for GW and as one of their best authors is well entrenched in what the future of 40k holds.

The example I will use is: the Fall of Damnos novel was released before the Necron codex but it was using the new Necron fluff. I commented at the time to my friends that it was most likely a preview into the Necron future, and funnily enough it was. (I was disappointed that they didn’t do the Flayed One Lord form the book in the codex).

So why is Aaron even on Faeit 212? It is a rumour site, and Aaron knows more about what is going on than what poor old Natfka will ever know.  I digress but it is still a thought.

One of the many arguments against the use of Forge World in general games is that GW has never released a press release or similar statement, stating that Forge World is official. So therefore somehow it isn’t?

The thing though is that they don’t need to as they stated it in the very first Imperial Armour book all the way back in 3rd ed in 2000. Imperial Armour was a soft cover book which contained the first rules for Forge World.

The introduction is written by JERVIS JOHNSON. He talks his love of tanks and how GW was producing plastic kits but the cost and difficulty stopped them from doing as many as they wanted, then Tony Cottrell suggested that they make kits using resin. Tony went off and started making models and greatly expanded the range of tanks that players could use, the only problem was there was no rules for the models.

Now here come the important parts, Jervis goes on to say that they got some rules published in the [Citadel] Journal but these where stop gaps that were NOT official and required your opponent’s consent. Jervis then states that they needed to do some official rules so they hired Warwick Kinrade to write them. Jervis goes on to talk how he had been working on vehicle design rules as an official supplement and so these where then applied to the forge world models by Warwick, Tony and Gavin Thorpe.

And quote, “as long as Imperial Armour rules conformed to the vehicle design rules, then as far as I and the rest of the 40k design team were concerned, then they were legitimate rules and could be used in any game of 40k.” (Jervis Johnson, 2000, Imperial armour: imperial vehicles for Warhammer 40000, games workshop, Great Britain, pg 3)

So there you go. From the mouth of Jervis Johnson himself, who also went on to help write Imperial Armour volume 1: Imperial Guard & Imperial Navy.

And Quote: “All the vehicles within this book exisit in the 41st millennium, they are deployed to do battle against the Emperor’s foes. It is not a case of legality, it is an actuality! Generally players should not pick and choose what equipment their opponent can and can’t use.” (Warwick Kinrade, 2004, Imperial Armour: Volume Two – Space Marines & Forces of the Inquisition, games workshop, Great Britain, pg7.)

Warwick talked mainly about scenarios vs point based play and encourages the reader to try scenario play. But at the end he address tournaments and Forge World’s place in them. Interestingly Warwick considers the “legality” of the models and their rules a separate issue to the models being used in tournaments.  He states very clearly that the use of Imperial Armour in tournaments is solely the choice of the organizers. 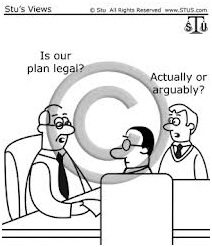 -What do you guys think? -ed