You are here: Home › News › Bitz Trading Day report by Rich from GSI!

Rich from GSI reports on the most recent bitz trading day! 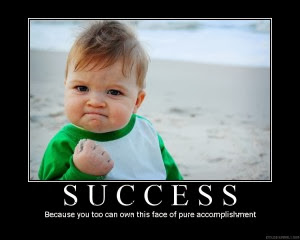 The second Bitz Swap event at Frontline was a great success!  Not as many folks turned up but we did have two celebrities: Liz (winner of BAO 2013) and her man Cyrus of Great Escape Games in Sacramento.  They brought an @ss-load of fresh bitz for trade!

I got some really old school models virtually handed to me for free: 3 of the 1st Ed metal Sentinels (thanks Trevor!), a 2nd Ed Chaos Rhino & two 5th Ed Chaos bikes (built but need work and thanks Liz!), a Basilisk cannon (thanks Cyrus!), and various Chaosy helmets and weapons for a bunch of crap I just wasn’t going to use, ever (thanks Keno and Pascal!).

Now, if I could just get the folks from Swap 1 to show up at the same time as those of you from Swap 2, we’d have a tremendous local bitz economy.

I did get two games in on Saturday but I lost both.  The first to my horri-bad list (Typhus and Zombies aren’t as good as I’d hoped) and average rolling on my part with stupendous rolling on Trevor’s part.  The second to really bad rolling on my part (Here’s a taste: 7 dice thrown and 4 were 1’s, 2 were 2’s and one was a 4!) and forgetting that it was Big Guns.

Top of 5 and my last Troops were sure to die in CC so I threw in the towel because we had bitz to trade!  But, had I remembered Big Guns was in play I could have, with a lot of luck, had my two remaining scoring units, a Relic Pred and a LR, control just one of the two objectives in my zone and contest the other for the win.  It was unlikely, but possible.  Trevor basically beat my entire army with half of his Iron Hands army… twice!  It’s soooo much fun playing CSM, sometimes.

I also forgot that my Blight Drones had Shrouding which means a 3+ cover in Hover mode and a 2+ in Zoom!  I would have been more aggressive with them had I realized that!

Either way, it was a great day of gaming and trading for me and hopefully everyone else.  I’ll post when the next is happening, ASAP!  See you there!

← Irontau: Fun with Battle Brothers by Anonymou5
Comp is for Commies and Unicorns! →