Capt’n Dees is back with Game 4 of his GT winning performance from the Feast of Blades 40K Open event! 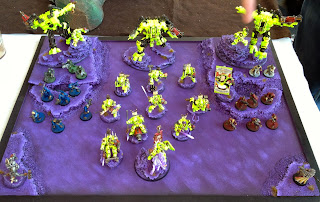 I mean look at this thing!  There are crazy awesome conversions.  Draigo on a Unicorn, He-man, Skeletor, a Paladin in a wheelchair!  Comedy gold! 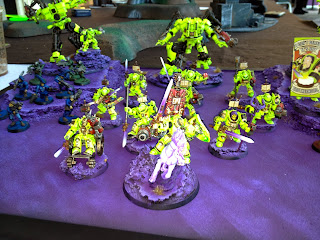 Plus this awesome banners referencing the hilarious and infamous flashgitz video. 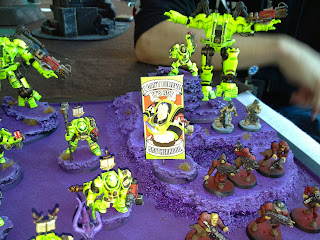