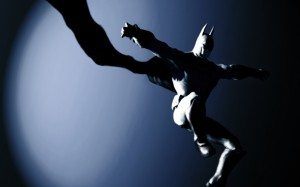 Shadow captain Shrike of the Raven Guard is up for review! As always, check out the Tactics Corner for more tactics articles and battle reports.

Shrike has always been one of my favorite characters from a fluff perspective, and the aesthetic of a stealthy, lightening claw equipped assault bad-ass is pretty dang cool. Shrike was known for a particularly powerful gimmick last edition (infiltrating Hammernators), and his signature list–30 Hammernators–remained very powerful throughout the edition. How does he hold up now? 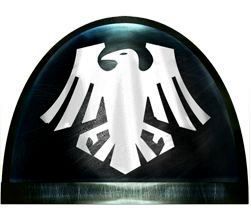 Shrike is primarily a combat character that gives a boost to a unit of Assault Marines he is clearly meant to be used with. Much like the chapter he represents, the Ravenguard, Shrike is the most restricted in terms of what he can do. The theme you will see with this Special Character is unfortunately, that he is only situationally useful. He is overpriced for what you get (15 points less than 2 Thunderfire Cannons), and what you get isn’t all that great to begin with. He also cannot infiltrate Terminators anymore but that really shouldn’t come as a surprise. That said, Shrike does make a fairly impressive lawn mower when put against the right targets.

I want to like Shrike, I really do. He is easily one of my favorite SCs in the book in terms of back story, aesthetics and general cool factor. However, in terms of actual game play he is easily the weakest of the Special Characters in a chapter that has arguably the weakest Chapter Tactics (White Scars being able to get the best part of what they have with awesome CTs of their own is just a gut punch). Lightening Claws took a hit becoming AP3, as it means you can’t go into combat with 2+ save models and they are only moderately helpful against units with invul saves, both of which are very prevalent in 6th ed. Rending helps, but it is hardly something to rely upon when facing a truly tough combat character, or a unit that has invul saves.

Secondly, Shrike can only infiltrate with Jump Infantry. Pure and simple: Assault Marines and Vanguard Vets can’t hang in the current meta in terms of being a real assault threat, and have not for a long time. They just get obliterated by the Xenos assault units which are also typically cheaper, too. Insult to injury. Assault Marines still have a place, but IMO only to be run super cheap as a backfield sweeping and tank hunting unit. They just can’t go into combat with anything that is actually good at fighting and expect to do anything but die like dogs.

Shrike doesn’t help much as he is Power Fist bait, or more pertinent to this edition: MC bait. A Smashing MC will 86 him in a single round of combat and you can expect a Daemon Prince (or similar model) to walk through he and his unit with ease and for less points. Even a Riptide will consistently crush him and his unit long before his Rending claws can possibly hope to wear it down. Adding Shrike to a unit of Assault Marines really doesn’t do much they didn’t already do. They don’t need help killing the weak units we see holding the backfield and he doesn’t assist that much against tanks to warrant his points cost, either. Honestly, unless you play predominantly against other MEQ armies that don’t take weapons that can take him out (Fists, Nemesis Halbreds, etc.), he is going to be pretty dang disappointing in the roll of a primary assault unit. The lack of a 2+ means even a humble Grey Knight with a Halbred has good odds of taking him out before he swings.

That said, if you do play against primarily MEQs, he will do quite well as he walks through infantry like a lawn mower. With 2 rerolls to hit, and rerolls to wound, Shrike will consistently annihilate infantry units by himself so long as they don’t have the ability to insta-kill him or have invul saves to blunt his attacks. The question though is, would you rather have him or the much cheaper but comparable Captain? A generic Captain with a jump pack and Lightening Claws costs 50pts less! Yikes. For 50pts the difference with Shrike is Stealth, Infiltrate with Jump Infantry, 2 rerolls in combat and Rending. Rending and Stealth are only marginally useful (so many armies ignore cover these days) and the rerolls mean you should average 1.3 more hits against most targets. Infiltrate, I think is the only serious benefit that makes that point differential worth while. Let’s take a look at why.

Infiltrate is very useful. It allows you to always deploy second, so to speak. You can see where your opponent puts his units and then counter deploy. This is REALLY helpful with a unit like Shrike and his Assault Marine buddies. They have to be very selective in what they assault as, for reasons stated above, they just can’t hang with a lot of the true assault units in the game. You have to play them like bullies, picking on weak units and the ability to infiltrate makes that a lot easier. It also, obviously, allows you to start a lot closer to your opponent. Secondarily, it also allows you to outflank, which can be fantastic if going second against a shooting army or if you find yourself facing an army that is also reserving. With the speed of Jump Packs, you don’t have to worry so much about which side of the table you come in on in most cases. It is also a lot safer than Deep Striking.

Raven Guard CTs allow you to use your jump packs to both move and assault which helps a lot with consistently getting charges off. The reroll on the Hammer of Wrath hits is also really useful as it means that you will for one, always get the Hammer of Wrath hit due to their first rule, and secondly, wound with a much higher percentage of those hits. As explained earlier, Hammer of Wrath hits are deceptively good as they auto-hit at In 10. With the reroll, you will average a 3/4 wound ratio per hit against a T4 opponent which is roughly like getting an extra 3 attacks per model. That is solid!

I would play Shrike as follows: take him with a unit of 10 Assault Marines with 2 Flamers and a Melta Bomb. Infiltrate or outflank them as appropriate, and then in most cases split Shrike off from them once I was in position to assault (bottom of turn 1 if you go second, top of turn 2 if you go first) and send them each into a separate target, thereby causing a great deal of disruption in the backfield and forcing your opponent to split up their firepower. Plus, it is relatively easy to hide a single model like Shrike with careful positioning. Vanguards unfortunately die just as easily as normal Marines but at a higher point price. Again, unless you are predominantly playing against other MEQs, Vangaurds are just a points sink that will rarely pay dividends. Assault Marines kill wimpy stuff just fine and Vangaurd don’t kill the tough stuff well enough to pay so many more points.

In summation, I think Shrike is not bad at all, he is quite good at what he does: killing other MEQs. However, the current meta of the game really doesn’t suit his skill-set at all, rendering him a bit lackluster. In most cases, I would much rather take the true beatstick Chapter Master with EW who will consistently deliver the goods in the same role. Shrike is definitely a finesse character that can be great, but will often disappoint and as such I think we will rarely see him in anything but fluffy lists.

tl:dr “Shrike…I think we will rarely see him in anything but fluffy lists.”

More than just the Ravenguard CT being lackluster in comparison to the others, the fact that Shrike just isn’t that compelling is even more galling.

Also, the fact that he gives his jump unit stealth and infiltrate speaks to me of the fact that GW INTENDED Ravenguard jumpers NOT to have Stealth/Scout.

I continue to be depressed about Ravenguard, while the rest of the chapters seem to have lots of compelling builds. It’s a real shame.

I will say I’m glad we have one chapter below the rest instead of one chapter above the rest(like last edition). I do feel for Raven Guard fans though. Hopefully they can fix them in a supplement.

That Other David
Reply to  Ty

This is my hope for a lot of the smaller issues in the marine codex. However, Raven Guard need it more, and will probably have to wait longest for it, since White Scars and Ultras are rumored to be up first. Luckily, by the time they get to Raven Guard, they’ll probably have a better idea of how to do the supplements and the RGs will be glad to have waited.

Author
Reecius
Reply to  That Other David

Brian B
Reply to  That Other David

Bummer, I was hearing Scars soon, then RG for Christmas, and Ultra into the new year. You might of just nitrates my bubble there. Still I could see a fluffy raven guard list with locating beacon infiltrating scouts with the rest of the Amy in drop pods could be a little scary. Top tier no, but fun.

Author
Reecius
Reply to  Brian B

Yeah, I think RG are good, they are just the least good in the book (or at least it seems that way so far).

That is actually a really good point. Last edition it was all Salamanders all day, sometimes Imperial Fists or Crimson Fists. Now, they’re all good. Raven Guard are not bad, either, but White Scars sort of overshadow them which is why they fall to the bottom of the barrel.

GW really don’t want you to play a sneaky assault unit and have been systematically nerfing them since the start of 6ed.

If they can make RG worse off with a book that was otherwise so good at bringing the fluff to the tabletop, wonders what crap they will come up with for ymgarls, lictors and stealers and other sneaky gits like kommandos and Snikk

The rumors on them are OK. Can only snap fire at them the turn they come in, etc.

If the Scout on Bulky /. Very Bulky thing DOES get FAQed to allow Jumpers to scout it will make a huge deal though. It would take the army from meh to on par if not one of the best chapters over night… not that I expect it to happen.

It would help a ton, that’s for sure.