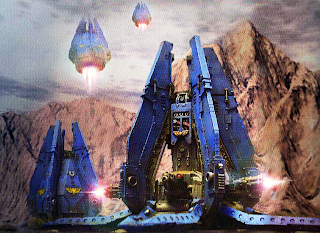 Capt’n Dees from the Preferred Enemy blog writes about his thoughts on Drop Pods in the new Space Marine book. As always, for more tactics articles, check out the Tactics Corner!

So I’ve had the book a week now and have been mulling over things.  Obviously as the internet and I all concluded the SM Bikers are going to be a rocking army.  But there are lots of other builds in the book that I think can be good.  The Chapter Tactics and special characters in this book mean you can do builds of different flavors and go fluffy and competitive which is great.  Plus adding in things like allies and you can piece bits together to make a really great force.

One thing I’ve been wanting to do for awhile is revisit the drop pod army.  It was fun running templar drop pods back in the day, but it fell out of favor when I could do my DoA Blood Angels.  Of course that died with 6th edition too.

Now Drop Pod armies haven’t been dead by any means.  I’ve seen some great Blood Angels and Space Wolf armies.  Blood Angels you get the benefit of FNP bubbles, double special weapons, and AV 13 Dreads.  Space Wolf armies can go cheap with great Grey Hunter units, and/or go with Logan and do crazy combi weapon Wolf Gaurd units.  Plus has anybody forgotten how great Rune Priests are?

The problem Space Wolf pod armies is really anti air.  If you go wolf gaurd armies your shooting is usually pretty minimal after you blow the combis (though I’m a fan of Logan making a squad of MM Long Fangs Relentless).  Blood Angels can do a bit better hear with the very trusty Storm Raven as a gun ship to support the pods.  Of course mixing the two armies together to get these things going is certainly a great option also! 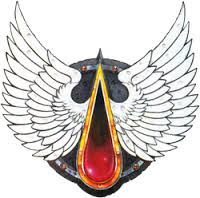 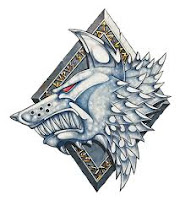 It is an interesting mix of units that covers the bases with 10 Drop pods.  Flamers?  Check.  Melta?  Check.  Plasma?  2 units is pretty good.  Anti air?  Check.  Rune priest for anti psy, I just don’t remember if he mucks about with the BA libby also as I seem to recall it being only enemy powers in the Faq.  But if not you could take a cheap Captain I suppose and change up a few points in the list.

Either way lets start with that as our benchmark for what I would say is a pretty good drop pod based army.  What can regular marines bring to the table.

Let’s take a look at a few other 2000 point lists using just one Chapter. 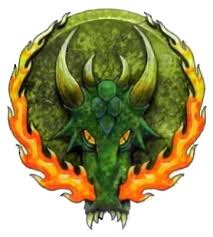 So a solid 9 pods.  You’ve got the 3 Iron Clad for AV13 troubles, lots of twin linked flamers and meltas.  I’ve ditched the anti air here hoping that the twin linked meltas will be enough, but that could be problems facing Stormravens.  Of course Storm Ravens aren’t probably your first problem over something like Helldrakes. 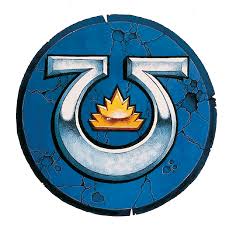 So we only have 7 pods here but one is a doozey.  Calgar paired with Tigurius can just wreck entire armies.  With the Ultramarine Chapter Tactics you can land and use your shooting reroll trait and then turn 2 use the assault trait to get in the mix.  Taking down Calgar backed with FNP and Tigurius is no easy task.  Storm Talons serve as the anti air. 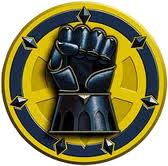 So I’m less sold on this list but it is interesting.  We’re light on troops, but trying to max out the bolter reroll ability.  Plus those Devs have tank hunters so getting rear armor or glancing AV11 to death is not terrible.  I’ve added some shooty termies to come down turn 2 to boltster the force and give some more punch with the super Chapter Master.  The biggest problem here is 4×5 Tac squads are not resiliant, though I’m thinking those are your ‘second wave’ of pods.

Master of the Forge

6 AV 13 walkers with It will Not Die, 5 Dropping down turn 1 (if you want) is a frightening thought.  I think the shock of all those Iron Clads might be worth it just to see peoples faces! 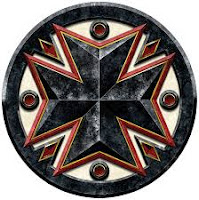 So everything is minimum squads but 11 drop pods means lots of targets to shoot.  Each 5 man squad packs a punch.  I just don’t know how well 5 man squads are going to survive to ever make it into assault… 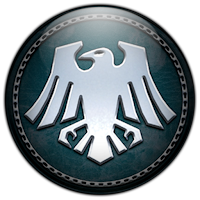 Add lastly is poor Ravengaurd, who I think have maybe the most limited benefits of their Chapter Tactics.  I just don’t see any great list that they can put together for Drop Pods that works out any better than another Chapter.

This isn’t the end all be all of lists either.  I think Iron Clad dreads are great right now, but going with Sterngaurd are certainly a viable (if not more expensive) option as well.  Heck we could even talk about adding Pedro for a Crimson Fists lists!

So what do you think?  Do any of these look any better than the BA/SW list?  Do any of them look like they could be allied into something like SW to be any better?  I’m curious to see how some of these could play out on the table!