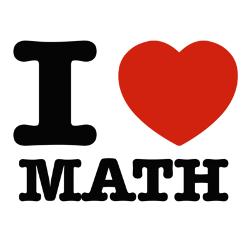 Face Puncher shoots us a guest editorial on the value of the 6+ save.

Hey everyone. I really like assault armies and I like, and own, a lot of Space Marines. I am also a competitive minded gamer. Can you see the problem(hint, hint. Shooting dominates the competitive meta)? Fortunately I think there are a lot of great assault builds in the new codex SM. While there is a lot to talk about, what I want to discuss today is the value of the die roll 6+. Specifically the ability granted by Grimaldus’s cenobyte servitors (6++ to models within 6”). I say “discuss” because I am not sold on either side. I am writing this because I do not really have a definitive opinion about it yet but hope to work that out by the end of the article and with your feedback. Just a warning though, this article is a bit “mathy mathy” and may be BORING to some readers, but if you want to improve your game and your understanding of numbers then it might be worth a look

Here is the official question: Is a 6+ invulnerable competitively valuable given the limited dice rolling count of a single game?

You should note that I will be operating under the assumption that in a 7-8 round tournament you are required to win all of your games in order to take first place.

My initial answer would be a resounding “NO.”  For a 1/6th reduction of save-denied model removal to be useful requires that the sample size of rolling for a 6++ be large enough for the outcome to converge with the statistical probability of “1 out of every 6.”

Borel’s Law of Large Numbers states that if an experiment is repeated a large number of times, independently under identical conditions, then the proportion of times that any specified event occurs approximately equals the probability of the event’s occurrence on any particular trial; the larger the number of repetitions, the better the approximation tends to be. What this says to me is that while the amount of times I role and get a 6++ will eventually conform to the estimated 16.67% success rate, the probability of it conforming to a 16.67% success rate over the course of ONE game is very unlikely.

IF you want to skip all that jargon, essentially I am saying that you will not reduce your otherwise un-savable wounds by 1/6th every game. A game simply does not have the sample size to grant consistency with a 6++ save. In some games you might make 30% of your 6++ saves and others you may make a mere 3%.

In my experience, tournaments are NOT won by the army with the most potential damage output/reduction, but by armies with the highest consistent damage output/reduction. No joke, occasionally the 6++ save will be really amazing and will really bust your opponent’s balls at a crucial moment, but more likely than not, it is too situational and unreliable as an essential game winning mechanic.

So what do you think about this analysis? Am I off or am I missing something vital?