I’ve been playing games and travelling to tournaments for a lot longer than I care to admit.  For starters, let’s just say that I became a “known” commodity in a national competitive gaming scene back when the first Bush was in the White House.  Back then my game was Star Fleet Battles.

For those who don’t know the system, it’s a tactical level starship combat game based on the original Star Trek universe.  It’s an old school hex and cardboard counter game and it was no joke.  From a rules and tactics standpoint, it relegates 40k to the non competitive beer and pretzels status that the Englishmen we all love to hate envision it to be.  Hundreds and hundreds of pages of rules; real rules in 8pt font over 5 inches thick (I measured, don’t ask how) with no fluff and pictures.  The rules were all clear and well defined.  There were no gray areas, conflicts between expansions, or items left open to interpretation or argument.  If something was even the slightest bit confusing or unbalanced, the designers immediately released errata or addendum.  The rules were so intense that many dubbed the game, “Star Fleet Lawyers.”  Take it in for a moment.  Game designers who care about the game balance and fix things that are wrong for the betterment of the competitive community.  Imagine how cool that would be. 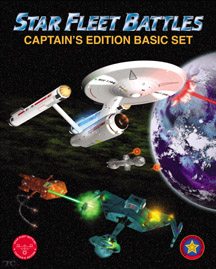 I tell you this not to cue the wistful way-back music and reminisce about the “good old days”, tell stories about what a bad ass I was when flying my Klingon D-7TCC, and tell you how kids have it so easy now-a-days like some crotchety old man sitting across the gaming table from you.  I bring it up to point out the similarities between thriving in competitive gaming environments.  Despite the lack of social media and the ability to make yourself a tactical genius and increase your IQ by 30 points simply by posting your thoughts on the internet, many things are exactly the same between the way I played SFB at the national tournaments in the 90s and the way 40k plays in the modern tournament scene.

There was a demarcation line when it came to the skill level of players.  For SFB it was being ranked as a Rated Ace.  When you were an Ace, you didn’t have to be paired against another Ace in the 256 player single elimination national tournament until there were only Aces left.  The saying was, “There are two types of Captains at Origins, Rated Aces and their prey.”  Arrogant and elitist I know, but, hey it’s got to mean something.  Best of all, all the Aces would sit around at the elite table at the bar and drink beers into the night touting their conquests and telling lies like skinny nerdy Viking warriors.  But in those conversations I learned one thing that all aces had in common that helped them win was a mastery of the rules and an understanding of what we called “Rules that Kill.”

“Rules that Kill” were rules that were so important that if you tried to make a move in conflict with them or based your tactics on a misunderstanding of them, you would fail and likely have your entire battle plan (and usually your ship and hapless crew) destroyed in short order.  Here is where I relate this longwinded trip down memory lane to 40k.  I’ve only come into the 40k tournament scene in the last five years or so, but one thing I have discovered is that there are “Rules that Kill” in 40k.  Yes, it is important to know every rule and if you make mistakes or forget to do something (Shoot, I forgot to use the Devastator Sergeant’s Auspex this turn) it will hurt your overall performance, but it probably won’t lose you a game.  What I’m saying is that there are rules that if you base your tactics on misunderstanding them, you are in for a wake up call that will cost you a valuable unit or a game winning objective.  This usually comes into play when you set an action up in one phase, but later realize the rule prohibits you from taking that action.  That leaves your unit sitting on its thumbs for the rest of the turn or, worse yet, sitting in the open to get blasted to little plastic bits.

Vehicles and passengers:  This is first on my list of rules that kill.  The vehicle rules are somewhat convoluted and aren’t clear on the first read.  More importantly they have changed since 5th edition in ways that are telling.  To be a high level player you must understand when you can disembark, what disembarking units can or cannot do, and the effect that vehicle damage has on the occupants.

Occupants disembark in the movement phase but take their actions in the shooting or assault phase.  This means that if you forgot that you cannot fire, can only fire snap shots, or cannot assault it is too late to pile your power armored ass back in the Rhino when you discover your plan is no good.  Result; your unit does little or no damage, fails to engage the enemy unit or objective, and is left a sitting duck.  Finally, no disembarking if the transport moves more than 6”.  I find people forgetting that more often, but its less telling because most opponents let you pull the transport back the requisite distance since you are still in the movement phase.  Still, your plan may be ruined if the Stormraven can’t move 12” and have the Death Company hop out and go 10-8 on the enemy unit.

Tank Shock:  As a ‘nid player this has to be the hardest rule for me to remember to take into account tactically.  Tank shocking is so powerful, yet mid level players consistently either a) forget to do it or b) forget their opponent can do it to them.  Tank shocking can be game winning by tank shocking a unit off an objective, forcing them to break, pushing them into a nice tightly packed template shape, forcing them into dangerous terrain, or pushing them closer to a potential assaulting unit.  Tank shocking can be game winning.  Forget your opponent can do it at your own peril. 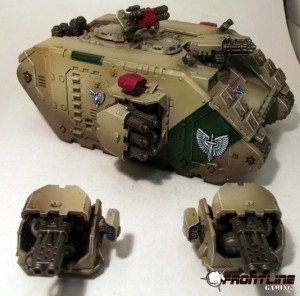 Terrain and assaults  But my unit has move through cover….  You still have to roll three dice for the assault distance.  But he’s a monstrous creature…  Sorry, same thing.  What about Jump Infantry?  I don’t know, did you use your packs already?  Where’s the rule book?  Beasts?  Yeah, you’re cool.

Whether or not you make an assault is often pivotal to the success of your battle plan.  You are going to have to commit and hang your guys there to try and get the assault most of the time (or at least risk a few bullets in the face for the effort) and failing can really screw things up for you.   Knowing the interaction between the terrain and assault rules and at least being sure how many dice you are going to have to roll can help you make the right decisions.

The Rules that Kill I’ve pointed out so far come into play over different phases.  For example, you move in one phase to commit to your plan but when you try to shoot or assault later in a different phase you realize you can’t;  Too late to compensate for the screw up.  Looking at order of operations instead deals with what happens in single phase, and it’s usually the movement phase.

The biggest place I see this hitting people is on reserve entry and casting psychic powers.  Blessings and maledictions happen at the beginning of the movement phase.  That means if you want your Librarian to get that turn-defining power off, you have to do it before he moves (including arriving by reserves, so you’re SOL on the turn he comes in unless another unit casts on him).  Simple rule, but I see people (myself included) forgetting all the time.

Fortunately, in most friendly games people are forgiving and, since it’s in the same phase, they’ll let you take it back and cast your power.  In a competitive environment it’s not so forgiving, and quite honestly shouldn’t be.  If you are at the final table, it’s ok to put your Big Dick hat on say, “Sorry, but you already moved the Librarian.”

A couple other order of operations; Interceptor happens at the end of the movement phase so don’t tip your hand and say you are going to shoot at something the moment it comes down.

For assault sequence and piling in make certain your opponent is doing it properly (no fudging that last inch) and remember that the character must be engaged in the combat in order to declare or accept a challenge.  This affects Necrons the most as they hide the Mindshackle lords in back where they can’t be shot.

This last one is a broad group to describe rules that do things that trump the normal rules.  I call them rule breakers because they allow the player to do things not normally allowed it he rules.  It is more about knowing your opponents codex and army and how it synergizes than being a single rule.  To play anything other than a friendly game you must understand what your opponent’s units do.  If you don’t realize your Tau adversary’s army can ignore cover and often LoS, then you are in for a rude surprise when you discover all your cautious maneuvering was for naught and you would have been better to hang it out there and try to get some shots in.  If you don’t understand how unit synergy impacts those rule breakers then your targeting won’t be optimal.

The way around these is to ask.  We can’t all afford to buy and study all the codices and Forgeworld supplements out there, it can be real easy to get hit with a killer rule.  Look at your opponents list and make sure you know what each special rule the unit has does.  Ask if you don’t know.  Ask your opponent if there are any cool combos he can pull of or if the units interact with each other in some special way.  Most honorable opponents will let you know in advance.  If after that, you don’t know what the “Optically Enhanced Douchinator” on the Crisis Suit does, then it’s on you.

So that’s it.  That’s my assessment of Rules that Kill in 40k.  I know it sounds simple, but its really more than just saying, “Know the rules, duh.”  These are rules that, more than any other rule, set you up for failure if you don’t understand them.  This usually occurs through setting up to take an action in one phase, but being unable to do so in a latter phase.  This, in turn, wastes your units action, or worse yet gets them obliterated.  What are your thoughts?  What other “Rules that Kill” or out there, or have you fallen prey to them yourself?

19 Responses to “Guest Editorial by BigPig: Rules that Kill”