Fun with the Black Legion Supplement with Video Battle Report

You are here: Home › 40K › Editorial › Fun with the Black Legion Supplement with Video Battle Report

Hey everyone, Reecius here to talk about the Black Legion Supplement…again!

I be from Frontline Gaming, a wargames blog cooler than the flip side of the pillow. Ahhhh, yeah!

As I stated last time, I was disappointed the book didn’t make regular CSMs playable competitively (in my opinion). That said, it did jack up the power level of pure Chaos a lot. Yes, it is largely more of the same (Lords, Sorcerers, Princes, Turkeys, Oblits, etc.) that we had before, but we’ve been playing the supplement a lot since it dropped and I have to say, that little bit extra makes a BIG difference on the power curve for pure Chaos. The other books to get supplements so far also benefited from this but neither Eldar nor Tau really needed that power bump like Chaos did. We’ve seen some really clever uses of the Farsight book to make even nastier Tau lists, but Tau on its own is top tier anyway. And Eldar are brutal (I still laugh to myself thinking about all the crying that Eldar sucked when the book dropped, hahaha).

One of the main points we have noticed is that the extra HQ is huge. Chaos benefits so much from that 1 extra slot as it means you can take another Lord to make a unit fearless (and they are pretty punchy, too) AND a Sorcerer or Prince. The Prince is obviously a beat stick and the Sorcerer is such a force multiplier. It also means that yeah, you can grab that Warpsmith (and you can jack those guys up to do a lot of damage at a reasonable price point) It helps immensely. We’ve been running a lot of lists with dual Biker Lords, and Sorcerers to great effect. Also, the extra heavy and fast slot have allowed for some really powerful builds. Frankie ran a pretty beastly 11 Oblit list with Spawn, 2 Bike Lords and a Bike Sorcerer. That was pretty powerful. 40 Cultists for sitting on objectives and not bad at all. There’s a video bat rep of that list at the bottom of the post. We’ve also been mixing in Noise Marines for a fearless, scoring, shooty backfield unit with Biker Lords and Sorcerers to run up field and attack.

Some of the other fun stuff we’ve been trying is the Eternal Warrior upgrade on Winged Princes for a very resilient FMC that can either also take the psychic wargear for the awesome Nova power (which really is incredibly powerful against some armies, oh, and ALWAYS take the Spell Familiar with this wargear item) or on Lords to buff them up. One cool combo is a Nurgle Lord on a Palanquin and EW for a really tough 5 wound bugger. Fist and claw, stick him with a big unit of Cultsists or some Oblits, and march right up the field. We actually have been talking about 3 units of Nurgle Oblits each with a Lord, walk upfield shooting, and then assault. Not bad at all!

Good old Typhus can now bring a horde of Zombies AND some major backfield firepower, even more than before!

Combo the EW upgrade with the wargear that let’s you reroll failed invul saves of a 1 with MoT, Termie armor and a Sigil makes for a resilient tank Lord. Not ultra durable, but annoyingly durable. He would be good to run in a big unit of Cultsists as he is already tough 3 (doesn’t care about majority toughness) and can soak the small arms fire they draw fairly well.

We’ve been toying with the idea of quad Maulerfiends and Helbrutes with an EW Prince with shooty scoring units (usually Noise Marines) for a fun, fast, high threat, mixed arms army. 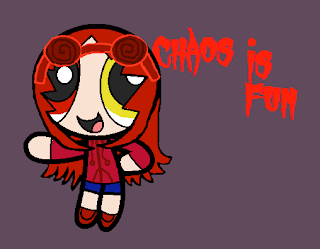 In all, while it didn’t really shake the pillars of the 40K world, or bring anything truly unique to the table, the Black Legion Supplement really did give CSMs that extra little oomph they needed to compete without bringing in IG, Orks or Daemons. I still pine for useful, non-scardey cat CSMs. Hopefully we’ll get that in one of the supplements that haven’t come out yet. In the meantime, we’re really enjoying the extra power that the BL supplement brings to Chaos and the wider variety of builds it offers.

What cool combos have you all come up with? I am sure there are plenty more to be discovered in that book!

There are definitely a few things I’ve thought about this book, especially when combined with the new Imperial Armour Apocalypse book as well!

First of all, I’m loving the Sorcerer on bike with last memory and spell familiar. Jack him up to level 4 and now you can cast invisibility or hallucination, followed by a 12″ nova! He’s a little pricy, but when he’s backed up by some Nurgle spawn or bikes, it helps him last long enough to really annoy a lot of people. One thing about the Nova is that even against high initiative targets, it’s not impossible to blind them, If you hit 3-4 units that are initiative 4, you’ll still probably blind one or two of them, similarly, hit that many I5 units and there is still a fair chance one of them will be squinting the next turn.

Having the 4th heavy does make a 4th Maulerfiend extremely tempting in some lists, but instead of backing them up with dreads, why not go for a Giant Chaos Spawn instead? It’s cheaper, has fleet, and can really mess things up. For the cost of 3 combat dreads you can just about get 4 Giant Spawn!

Also with gaining a 4th Fast Attack, taking 2 Drakes and 2 units of Spawn/bikes is a possibility that can help with a fast assault list.

I think that the two books combined are really going to add a lot to pure chaos players.

We’ve been thinking the same things. This supplement makes pure Chaos totally playable, that little extra boost is all they needed.

I am still being grumpy about no CSMs, but I have a feeling my Night Lords will be counts as Ravenguard or White Scars in the not so distant future, muahaha!

Triple Juggernaut Lords in a unit of spwan one with the EW relic.

Yup, that is legit. We’ve been doing the same thing but with Nurgle Biker lords.

It’s a trip how big of a difference that one extra HQ slot makes.

well when chaos space marines came out, i seem to remember you guys saying how much a difference it would make if they had that extra slot lol.

Turns out, that wasn’t just a bunch of BS! haha

I have been watching the battle report and i was wondering why are you guys using two burgle lords on bike. I was under the impression that most people prefer the Khorne Lord with Axe of blind fury…Just curious why are you guys choosing the HQ?

Since there is not Plague marines in the list, it is not to unlock troops….

I’m guessing so that they can go with T6 chaos spawn.

A bike lord with spawn makes no sense to me, either you have a lord on steed or jugger with spawn or a lord on bike with a bike squad….that way, you do not loose the advantage of cavalry or bikes….and your is better protected….am i missing something?

No, you don’t lose much, actually. The Spawn run, the Bike flats out. The bike gives you the critical tough 6, so MCs can’t just smash you and insta gib you. You honestly don’t lose much at all in a mixed squad and actually, the Spawn can charge things up a level and allow the Biker Lord to hit them when he normally wouldn’t be able to.

We play against a lot of MCs, and they just smash the Khorne Lord and insta gib him in one shot. Nurgle Biker lord is tough 6, can’t be smashed to death in a single shot. Plus he allows you to take Blight Grenades which gives the entire unit defensive grenades.

Its a really good point actually, it is kind of an Eternal warrior policy apart from weapons with the instant death special rule….

I see you mostly equip them with LC and PF…Why not use some of the new deamon weapons? 4 attacks seem a little bit weak when you could have so much more…

Tks for taking the time to answer…

No worries, that’s what we’re here for! We typically go for the PF/LC for dependability. Yes, the Daemon weapon has a higher top end, but if you roll that 1 in a critical combat, you could not only lose the game, but an entire tournament. It really just depends on what your tolerance for risk is. I prefer predictability and the Fist/Claw combo is really versatile, too.

Reece, Where did you get the hedline picture?

Google image search. I think it was originally on Deviant Art