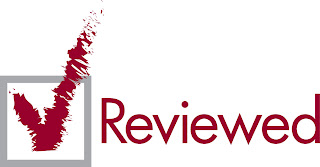 Hey everyone, here’s a review of the recent Black Legion Supplement!

Reecius from Frontline Gaming to give a quick review of the newest codex supplement!

I am a big fan of the supplements. I LOVED the Iyanden book. I would have liked to have seen more rules but the rules it did have were really cool. The Farsight supplement was also really cool and changed the way the army plays significantly. They also provided some fantastic art, and background fluff which is so important to really bringing an army to life in our imaginations.

So the bar has been set fairly high, how does the Black Legion book compare?

In terms of art and fluff it is equally as good. I particularly love the “cover” art, that is just such an evocative image and really a nice departure from the usual depiction of Chaos Space Marines. There is a ton to read and look at pertaining to the Black Legion and that part of the book I felt was great. I also really enjoyed the ways the writers opened up the possibilities of customizing your Black Legion warband to include other gods and characters. I will leave this at that as judging fluff and art is almost entirely subjective. YMMV.

As for the rules, I have to say I felt pretty let down in some ways. I think this was the weakest of the supplements to date in that regard. The core problem with any Chaos book right now is that the actual Chaos Space Marines, the boys in power armor, are so crummy. With their high point cost and huge susceptibility to morale, they are a great big liability of a unit and as such, you almost never see them in a competitive list. Too much risk, not enough reward. 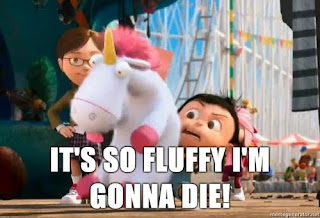 We all here at Frontline LOVE Chaos. All of us have at least one chaos army, fully painted. That is one of the reasons we were so mad that the book made them CSMs so weak. Chaos in general is quite good, but specifically the core units leave a lot to be desired and we were holding out hope that this supplement would address that. Making a special Black Legion mark that granted Fearless or Stubborn or a reroll on leadership would have been a (dark) Godssend!

I felt that there was a hint that that was possible or that the Game Devs recognized the issue in the supplement. For example, one of the Black Legion specific Warlord Traits grants a stubborn bubble around the Warlord which is awesome but you have to roll a 6 to get it, meaning that you can’t count on it at all. A character that came with it or allowing Abby to just choose it would have been so fantastic, but alas.

The other Warlord traits are all pretty cool. Ranging from granting the Warlord’s melee (but not specialist?) weapons instant death on a to wound roll of a 6, It Will Not Die, a one shot template weapon, rerolls on the Boon Table and Black Crusader from the CSM book. All pretty solid choices really, I like them.

The book forces you to take Veterans of the Long War upgrade on EVERY unit that can. Ouch. While ironically that does help the morale weakness, it comes at a steep price for a lot of the units and only increases the loss if the unit gets swept in combat (although it does reduce the risk from 42% to 27% of failure when Aspiring Champ, Dumb Dumb auto accepts a terrible sarge). On some units, such as Chosen and especially Termies, VotLW is really just way too expensive. Unless you play Marines all the time, it is a lot of points spent on little to no return on units that already struggle to earn their keep. What this actually accomplishes is to drive players even further into taking Cultists as they are even more points efficient comparatively. Le sigh. 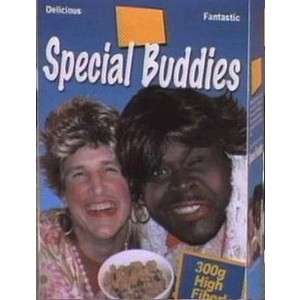 Abby does have the cool ability to upgrade one unit of Termies to his special buddies, giving them +1 WS and BS, but at a steep cost. Double what they pay for VotLW, which brings them up to Loyalist Marine cost and they fall far, far short in efficacy. Ah, if only Abby chose some fearless warriors to get his back instead of these guys. If you plan on running him with them, it is not such a big deal as he makes them fearless and he is a chief, not too worried about losing any challenge. However, if you don’t mind the points cost, it is a cool little unit and some Combi Plas or Melta on them will be deadly.

They can ally with regular CSMs and vice versa which is rad as it allows you to have some fun with the FoC. A lot of folks saw Quad Heldrakes right away but honestly, I wouldn’t worry about that. You start to get diminishing returns on units taken in 4’s and that is a lot of points. Unless you play very high point games, a Quad Turkey list is going to have serious deficiencies in other areas. We’ve settled on 1-2 Hell Turkies as the real sweet spot for most competitive lists. I take none at all on principle as I hate the stupid things! haha

However, you can do fun stuff like take that extra Heavy or Fast slot that you may not have been able to otherwise, such as a unit of Bikes, the very efficient Las Predator, or Spawn, etc. 12 Obliterators would be pretty rough, but very pricey and susceptible to being overrun by massed infantry.

The wargear section for the Supplement is pretty wonky, honestly. I don’t know what to say about it other than it really is pretty Chaotic (wakka wakka!).

The first item is the Spineshiver Blade. I like the addition of more Daemon Weapons as they add a lot of character, although I am not a big fan of them in general. They are too unpredictable for my taste, I prefer the Fist/Claw combo as it is always good and you know what to expect. A lot of folks like the crazy Daemon Weapons though and will be happy to see more options. Unfortunately though, this one is kind of a stinker. It grants the usual +D6 attacks in addition to +1 initiative but is otherwise a power sword. Not so hot, really. And it is really expensive, just a hair shy of a Chaos Termie.

The Crucible of Lies is a weird one, -1 Toughness but reroll failed invul saves of a 1. I mean, that is OK? Put a Lord of Tzeentch on a bike or Disc to bring him back up to Tough 4 and give him a Sigil and he has a 3++, rerolling 1’s which makes him great for tanking wounds, but he remains susceptible to ID from strength 8 and up, which is quite prevalent. I don’t think it is terrible by any means but not great, either. It really comes down to what roll your character serves if this is a worthwhile item for you. 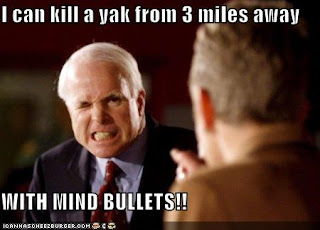 The Last Memory of Yuranthos is another really weird one. It increases the mastery level of a psyker that takes it by 1 and grants a Nova power that is pretty dang good, however, you can juice the power up with extra Warp Charge to increase the radius of the power (up to 18″ which covers a HUGE amount of board). The power does 2d6, Str 4, Ap5 Blind, Ignores Cover hits, which is incredible…but if you fail your Psychic Check and are using 2 or more Warp Charge, the psyker dies! hahaha, ouch! For a DP with only LD9, that means you have a 1/6 chance of going poof! A Sorcerer is only 1/12 but still, quite a risk but with a very good reward, possibly game winning against the right army. That would just melt infantry units that only had a 5+ save. It comes in at a reasonable price point, same as the Daemon Weapon.

The Eye of Night is pretty cool. Ultra expensive though, costing as much as a unit of Space Marine Scouts. It is a one shot weapon that does a ton of damage. Any building or vehicle hit automatically takes D3 penetrating hits! Yowzers. It is a large blast weapon, too, and under the right circumstances could hit a lot of units. However, if it misses or your opponent spreads out, or you roll poorly on the damage output, or the bearer dies before using it, etc. you just sent those points up in smoke. Another item that I wouldn’t use except in for fun games, but I think one that could be a lot of fun for casual play and especially Apoc.

The Skull Ker’Ngar is my favorite of the bunch. For the cost of a Loyalist Terminator, it grants EW and Adamantium Will (+1 to Deny the Witch). How many times have you wished your DP had EW? Well, now he can. Don’t want to run a Lord on a bike or Jugger? Now you don’t have to. This is a real gem of a piece of Wargear and I think we will be seeing it in a lot of lists. A mastery Level 2 psyker is going to be Denying the Witch on a 3+ in many cases and a regular Lord goes to a 5+. Not bad at all.

Lastly the (Pimp) Hand of Darkness. They stole the Onegar Gauntlet from Tau! It’s pretty cool, Sx2, AP1, Melee, Armorbane, Fleshbane, ID. That is pretty gnarly, and going to really beat the snot out of pretty much anything it touches, but you only get 1 attack. It’s expensive, too, coming in at the cost of an SM Attack Bike + M.Melta. Considering you only hit on a 3 in most cases, that is a lot of points to risk on a single attack. However, when it does connect, it is going to really, really hurt. Yet again, a piece of wargear for the gamer that enjoys the dice having a really big impact on the game. Probably not the first choice for competitive play but a lot of fun to use!

Well, that sums it up! In all, a really cool Supplement, but one that left me feeling flat for what it could have been: a fix to what I and many see as the problem with CSMs. However, if you don’t bring that baggage into your reading of the book, you will like it a lot. The art, fluff and package is awesome and I recommend purchasing it for any Chaos or Black Legion aficionado.