You are here: Home › Editorial › Hierarchy of Skill…? 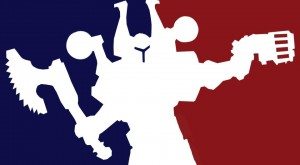 Hey everyone, Reecius here with a quick thought and question for you all.

This is a topic we’ve talked about before, but as I think about it further and play more and my own style continues to evolve, I feel that it deserves bringing up again.

Basically it boils down to the stages a gamer goes through as his or her level of expertise increases in a game (or anything, really).

When you first start playing a game, we’ll use 40K as our example, you lack the knowledge to know what is good and what isn’t. You just pick things to use based on the way they look, they way they sound in the flavor text, their stats, etc. You’re basically choosing blindly and any success is largely based on luck. A player at this level will have a wide range of results, and almost always lose to a player at a higher skill level.

As you get better at the game though, you start to understand that certain units are better than others. You start learning the magic of efficiency and min/maxing. You start to see units in terms of how much punch they provide for their points. At this stage, you often see people spam units they identify as “best” based on math, advice from other players or experience. At this level you pay attention to detail and know basic tactics and will almost always beat a player at your level with an unoptimized list or a player at a lower skill level but will struggle with a player at the next level. This player will often think units are “bad” because their power level doesn’t jump out at you based strictly on their stats. You will frequently look at lists that work well and then see how to use them based on experience. You can implement tactics but aren’t really pioneering new ones yet.

The final level (as least as I visualize it in my mind so far) is a player that has become so saturated with knowledge of the game and experience that they don’t consciously think about things like rules and stats anymore, all of that fades into the background of conscious thought, and you then go beyond seeing things in terms of simple points efficiency but as moving parts in a larger whole. You start to see units for more than just how much damage they can do but in terms of how they can be used as a tool to win the game and their value to you may be hard to quantify to others. You start to see nuance that less experienced players miss and may not understand. Your tactics and ideas seem weird when in fact they are sound but require a great deal of experience to grasp. The reason for this is that you are now in the stage where you experiment and try new things backed by knowledge and experience. At this stage, you can consistently outplay players at lower levels even when playing an “inferior” list. This doesn’t mean you will use weird lists per se, but that you can, confidently. It also means that your tactics have gone beyond the basics and that you can set traps for your opponent, think outside the box, and do the unexpected while also expecting it. You are now winning based on skill as opposed to your list.

What do you guys think? Is this an accurate depiction of the evolution of skill or just me being dumb? I got a lot of these ideas from real world experience and thinking on the topic and also from a book I read. The name of the book escapes me at the moment (Thanks to Cameron for pointing out the books: Malcom Gladwell’s Blink and Outliers)–but the gist of which was that as a human cultivates more and more knowledgeable on a topic, their brain begins to process the information differently than a lay person. You literally think about it and see it differently. Examples of which are film critics that pan a movie that rocks the box office, of that praise a film that flops. They see nuance and artistic touches that are lost on folks who don’t know to look. Another example was the music industry, where brilliant artists hear something they think is amazing, but that subsequently fails with popular audiences. The skilled musician hears and recognizes things “normal” people miss. Finally, the example of an experienced cab driver that can find his way around his city from one point to any other point without a map, GPS, etc. where anyone else would struggle.

Cat scans of these cabbies’ brains show that their brains were physically different. They had developed huge amount of new dendrites and neural connections in the part of their brains associated with spacial relationships and as such, they could drive around easily but also, they were better equipped to learn their way around a new city faster and more easily than someone lacking their experience. Long story short, I believe these same concepts apply to 40K (or anything) and that you can see it in players as they gather experience.

51 Responses to “Hierarchy of Skill…?”