Is Double Force Org Really Something to Fear?

You are here: Home › 40K › Editorial › Is Double Force Org Really Something to Fear? 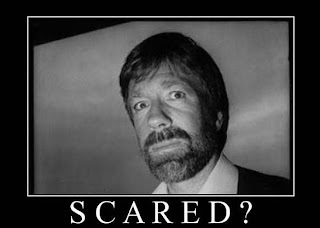 One of the things folks were most up in arms about with 6th was the addition of the Double Force Org Chart at 2,000 points and above. We recently played in the very fun Golden Throne GT which ran double force org and Forgeworld at 2K with book missions and can report from firsthand experience what it was like.

Since ending here would make this my shortest article ever, I shall expound upon that point.

When we had the opportunity to talk to one of the game testers for 40K 6th edition, we were told the game was designed to have the best balance at 1500pts and 2000pts with a double force org. After playing 6th extensively, I have to say I agree with that statement. Why?

At 1500 you can’t really pack in as many of the truly deadly combos. If you want to have any kind of TAC (Take All Comers) list, you have to take only the minimum in each category of essential utilities. At 2K Double FOC, you can REALLY go crazy. However, to unlock the extra FOC, you need another HQ and two more troops, so it does limit the points left over to go nuts for some armies. In general though, the amount of possible combos you can pull out goes insanely high. Throw FW into the mix and wow, the list and unit combinations goes absolutely bananas, effectively infinite. So, to take a TAC list, you have to bring tools to face all of the myriad lists you will potentially be facing. You need flexibility. In order to do that, you will find yourself running short on points in a hurry, and unable to really go to spam town like some people feared. 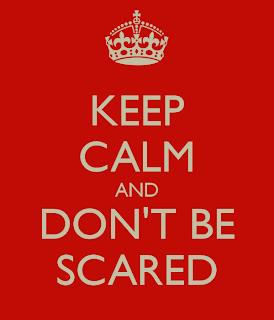 The reality of the tournament proved this to be true. Of the final 8 finalists who all went undefeated day 1, all 8 were very, very good players who have all won GT level events individually. Of that 8, only 1 player had a double force org list (Frankie, with 6 Ravagers the cheesy, git! haha). Of the rest, there was only a handful of FW units here and there, I had a Dreadnaught Drop Pod carrying an Ironclad, and I can’t recall any of the other players having any at all, but we’ll assume there may have been the random unit in there I missed.

Almost everyone in the finals had a “normal” list and fought through some really crazy flyer spam lists, skimmer spam, Land Raider Spam, etc. that we saw at the tournament to get to the finals. Mike Bass even made it there with bog standard Chaos, no allies and only a single Hell Turkey!

What does that tell us? That as much as the internet likes to bellyache that the list is what wins tournaments, it really is the player as tournament after tournament has shown us. The same faces in the finals, all playing different armies, wildly different format and yet we see almost all balanced armies going the distance. The finals was my Space Marines with Wolves vs. Mortetvie’s Eldar and Tau. Neither of us had double force org, and I had a single FW unit. The fear was largely unfounded.

The players that brought the super top heavy lists with 6 Manticores or what have you, were left with deficiencies in other areas. At a certain point you start to get diminishing returns on spam units and leave yourself even more vulnerable to that bad match up where you face someone who doesn’t care about your spammed unit. What Double FoC with FW at 2K does allow is an incredible breadth of list building opportunities! You can go crazy with it! It was almost overwhelming to write my list as my brain was exploding with potential ideas and combos and fun stuff you could run, but always with that thought that you needed balance to face all of the other crazy combos others might bring. Much like Warmachine, balance came in everyone having OP armies.

So in short: don’t fear the double FoC or FW. It was very fun and I look forward to another event like it! Thanks to Rob and his crew for the fun event and congrats to Adam for winning it all! I will never, ever forget to get out of my transports on turn 5 again, hahaha!

36 Responses to “Is Double Force Org Really Something to Fear?”