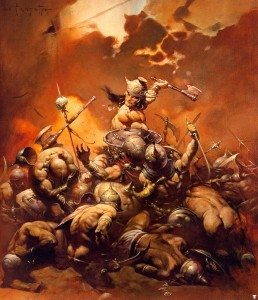 So, we’ve made the commitment to start playing Warhammer Fantasy but I am at a bit of a loss as to where to begin with my Wood Elves and Frankie doesn’t even have an army! Help us figure out a good starting point!

So, I played Fantasy last in 7th ed, and really enjoyed it….until Daemons hit the scene. That army was so incredibly OP I literally quit the game after it came out. I am not that type of person either, but after my Wood Elves got tabled 4/4 times against Daemons and 2 of those games were against brand new players, I had enough. I did fine against everyone else but at tournaments the field would be half Daemons and I chose not to do it. I’d rather have played more 40k.

Against any other army though, I did just fine. Even VC which were at the time considered to be right under Daemons.

At any rate, my army consists of loads of Dryads, Archers and some other fun units like War Dancer, Wild Riders, Treemen (2), etc. I have all of the characters as well, and for the most part, the army is at least base coated.

What my issue is now, since skirmishing is really different, how does the army play? What units are good? I have heard magic is crazy powerful in 8th ed Fantasy, is that true?

Any help would be appreciated as we dive into a new, and big game system.

Also, what army should Frankie play? Remember, he is a cheesy, beardy, “lean on my list because I have no skill at wargames type of player,” hahaha, so we need to find an OP army for him!

Also, if anyone wants to come by the shop and play us a game or three, it would be appreciated as I am pretty much clueless in 8th ed.