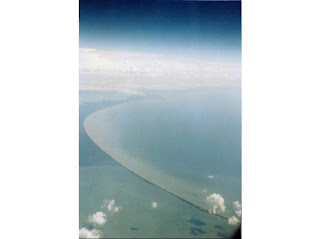 Hey everyone, Reecius here from Frontline Gaming to talk about the game from a larger perspective this week.

We’re witnessing a sea change in the game these days, things that we often asked for in days past are now coming to pass and I can’t help but think to myself: be careful what you wish for.

Now that is not to say in any way that this article is going to have a negative overtone, just that the relentless pace of the codex releases has really sent us reeling. We are so used to really long product cycles with armies going years between updates, sometimes going through more than one edition of the game before being revisited, that this new business model feels frenetic by comparison. One of the loudest and longest complaints we heard in the hobby from editions past pertained to that exact topic. It was no fun to watch other armies go through two, sometimes three versions before yours got its first update.

Now we see that GW may be listening to us in some ways, or maybe they just came to the same conclusion. We are now looking at a major release per month! Wow, that is crazy. We know Tau are next month (and hit up Frontline Gaming for pre-release sales on the new goodies), and now with strong rumors that Space Marines are on deck with Eldar in the pipeline and Orks and Nids coming in hot, too? Holy crap, we are going to get what many of us have always wanted: a full update with a new edition.

I say bravo to GW in many ways. This obviously took a lot of forethought and coordination to set the stage. It also took a big risk as this will most likely result in a sales spike which may be difficult for them to reproduce in years to come. I think it will be difficult to keep this pace, but only time will tell. Perhaps we will see batch releases for each army in supplemental releases (Allies, anyone?) similar to Warmahordes. I would be very happy to see that, myself.

On the flip side, it also means the meta is moving so fast we literally can’t keep up. I know here at Frontline where we love to really break a dex apart, dig into it and pull its guts out to find our favorite units and combos, we quite simply have not had time to do that with the pace of recent releases. It quite simply takes time and practice to find what is good and bad in a dex. Theory only goes so far, you have to put models on the table and play multiple games to really get an idea of how they function. 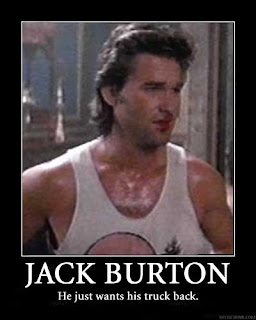 I am still digging into Chaos Space Marines, just getting into Dark Angels with Daemons still sitting on my desk having only been run through a few games. To top it, we have Tau imminent and Marines rumored to be hot on their heels. Wow. It will take months, if not years to really break this all down on a deep level, play-test it, look for real world combos, etc. With allies in there, too? Holy smokes Toto, we are definitely not in Kansas anymore.

You know what? I love it. I love that we are getting bombarded with data as it means the so called “net-lists” that really upset so many people (which is really amusing to me as most of the loudest opponents probably never actually even saw one of these lists in real life, and the best players almost never actually played Net Lists or they became Net Lists after someone won with them) will largely go away. One of the reasons 5th edition got so predictable and stale at the end, was because the meta was relatively static. We had a game where we saw a few major releases per year and the community had time to break it all down in minute detail, to analyze and determine what was “best” (another fallacy though, what is best for one player is not best for another). That meant that you could go to a gaming event and predict to a fairly precise degree not only what armies but what builds you would see. Yuck. That got so old for me personally. I could only play Grey Knights so many times before I wanted to puke on my shoes! haha

Now we see ourselves in a Dali-esque landscape where everything is fluid. The game is so much more complex than it was with allies, increased random elements (and it was really damn complex before, but I love the crazy complexity of the game, bring it on, I say!) that I feel what we are seeing is the game designers saying: take a list you like, learn to play it well and you will do better than if you are constantly chasing the meta. I still detest some of the randomness (random charge length, I curse you!!! haha) but I can live with it for the changes I am seeing in the game at large. 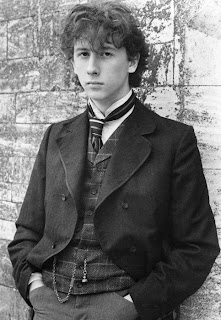 Now, a lot of that was supposition for sure, but I have had enough “inside” information from sources that I trust that corroborate my point of view that I feel confident it represents at least some of the rationale behind this dramatic increase in releases. I was told by someone who knew what they were talking about that we would see exactly what is happening: releases coming in so hot and heavy that people wouldn’t be able to keep up and that it was done with intent. I have been told on more than one occasion for example, that Phil Kelly prefers to play TAC lists (Take All Comers) and feels they make for better games on both sides of the table. I think we are seeing that in the current game.

Plus, the recent Codices have all been really powerful. Dark Angels, Daemons and CSM can all win a tournament, no question. Not only that, but all of them (baring CSM) can do it with a LOT of different builds. Dark Angels particularly can pull out a ton of top tier builds and play-styles out. And again, toss allies in to the mix and it goes even crazier with variety and combos. If hardcore gamers like us at Frontline Gaming can’t keep up with the meta, where breaking all of this stuff down and playing much more frequently than 99% of the gamers reading this have the time (and probably inclination) for, how does the casual gamer get their head wrapped around it? Simple. They don’t.

You can still build that extreme list if you want to, and still do really well with it. But in my mind a balanced, TAC list with an eye to being flexible is going to be the best choice for fun, competition, and longevity in this new 40K landscape. That to me, is awesome.

← Signals from the Frontline: Tau and Eldar Rumors, List Review
Words on Winning With Tyranids: An Addendum →