I’ve Never Been so Happy to Eat Crow! New FAQs 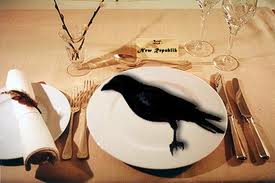 So right after writing an editorial about how GW is slacking on their FAQs compared to their digital product, here they are literally hours later!

This is actually the second time I have criticized GW for a lack of rules updates within hours of the FAQs release, which I find very amusing!

But hey, I don’t know at all. If getting some egg on my face is the price of having clear rules, then I will pay it any day of the week. There are some really interesting rulings in there, but mostly they are all what the general consensus on RAI was, which is great as it will feel like a natural transition for most players if it wasn’t the way they were already playing.

One of the big ones to me was the ruling that wounds in the wound pool could not be allocated to units out of range of the weapons. That is how I originally read the rule when 6th hit, but it seemed to not be the case. That is a really big ruling as it will dramatically impact the way people play if they play this correctly. You can only kill models in a target unit that are in range and LoS. Hello range sniping. That is actually really stupid, as I hate range sniping, it was one of the lamest parts of 4th and now with pre-measuring it’s even easier to do.

The big one folks are talking about is the Hell Turkey getting a 360 degree arc of fire. That is crazy, crazy good, but I can see the logic as it essentially plays the role of a Monstrous Creature that is also a vehicle.

They clarified how charging with Fleet works, which is nice. You now can reroll and of the 3 dice, then drop the highest. We were playing it as roll 3, drop the highest, and then reroll. Not a big difference really, but now we know.

Force Weapons go before FnP, which is a big one, you now can take away the FnP roll by activating your force weapon. I think most people played it that way anyway, but again, clarification is always good.

Vector Strikes ignore cover. Nice, that is how we were ruling it, too.

Night Scythes function as it seemed they were meant to, with units going back into reserve and not taking hits.

A biggie was Chaos Zombies not counting for Epidemius. However, the implication seems to be that all other Nurgle CSM unis DO. Not the way I thought they’d go with it at all, but hey, there it is. They also clarified that the effects count for shooting and HtH. Makes me wonder if it will change in the upcoming Daemon dex.

Noise Marines can take min/max units with a Blast Master, which will make them a nice little scoring unit option.

Abby can join any unit, as everyone I know already played it.

The Vindicaire overrides LOS! That makes him really deadly again.

They fixed a lot of the Typos for DA, but didn’t address the Rad Charge issue.

The mycetic spore now operates mostly like a drop pod, with a 6″ disembark, which is cool.

In general there was a great deal of clarification, which is great! I am glad we have a lot of official answers for these questions.

So GW, sorry for the harsh critique, you guys are on the ball after-all! The gap between the digital and print updates through me off and made me worry that we would have two sets of official rules, but better late than never!

Maybe they “am been” listening to you. Also the fearless stopping gone to ground effects, i see some nid shenanigans there!

Yeah, hahaha, that was a pretty funny typo on my part.

125 for 5 fearless marines with a Blastmaster, yes please!

I agree on both points.

They are treating range like LOS now. Basically as long as a model is in range of a single model in the firing unit it can die. So make sure to always take a heavy weapon in those squads that can.

Yeah, that was a weird wording they used, I wonder if it was intentional. Were they trying to say: if any weapon is in range, they all are? That is really, really illogical and weird if so.

An FAQ response can’t override the actual rule, only an errata or amendment can do that. So out of range rules for allocation must still apply eg
“As long as a model was in range of the enemy when To Hit rolls were made, he is considered to be in range for the duration of the Shooting attack, even if the removal of casualties means that the closest model now lies out of range.”

I am wondering if they intended to add an errata here and then clarify with an FAQ — but only added the FAQ? There are several erratas that were followed up by an FAQ answer (necron nightscythe is one example). Makes me wonder here.

Other than this particular question this was a good round of updates. Still stuff unresolved like skyshields, enfeeble stackings and objuration mechanicum vs fliers.

Incubi are AP2 now! Poor Vect is still AP3 though =(

That actually got changed in the last FAQ, Incubi and Husk Blades are DE solutions to termies in HtH outside of volume of attacks. I am glad Vect is AP3, he would be too good otherwise, IMO.

Ugh… they still haven’t fixed his fortuned 2++ save though, nothing has changed for the harliestar.

I’m not sure it works that way Hulk. I think that wounds caused by weapon X would have range X accordingly.

Everyone knows Weapon X has lightning claws made of adamantium!

I am not sure I understand the Eldar change. So you can’t use ANY psychic powers while being transported? Does this mean the end of Eldrad and his chariots of fire?

I believe you are correct. I read it that way, too. Mechdar already got kicked in the nuts with 6th ed rules, this is a nail in the coffin if we’re reading it correctly.

For sure, and I agree, he should be a bad ass. He is too good against Vehicles, IMO (how the F does a Sniper Rifle blow up a Land Raider? haha) but he should be able to blast characters out of a unit.

haha, awesome video, but that hardly means a 50cal rifle round can blow up a tank =)

Still, this is a Vindicare in 40k, not a regular army sniper. What makes you think he isn’t firing miniaturized vortex missiles out of that thing?

I have sent faq questions to GW re:

Is it intended that a company master cannot take a bike? What about the 2nd company of successor chapters?

It it intended that an independent character who take terminator armor cannot take any alternative melee weapons? (only option is a combi-weapon)

Is the Blade of Caliban intended to be AP3 & unwieldy, making it a worse option than a normal power axe?

Can an apothecary take a different melee or ranged weapon in place of a storm bolter?

Do Rad & Stasis grenades effect the entire squad or just individual models hit within a squad?

Still trying to figure out how to word a question about the Wall of Shields rule. I’m pretty sure it spreads to other inner circle. Meaning I will be taking lots & shuffling them around with all my other DW.

Those are all really good questions. If you get a response, please let us know.

Well let’s just all hold our breath & cross our fingers 🙂

And hopefully not turn blue before we get an answer, haha!

One of my questions still remains unanswered: can the doom scythe’s death ray allocate wounds to units outside of its LOS? I would think that the FAQ for the heldrake would set a precedent for the doom scythe, at least in regards to GW’s intent.

I don’t think it does as the Hellturkey functions like a hybrid FMC/Vehicle (Vector Strikes, hover mode, etc.) whereas a Doom Scythe is just a normal flyer with a weird weapon.

Also, can you start the Death Ray out of the fire arc of the weapon? Is it a turret as described in the fluff?

Personally, I’ve always run it as front arc for placement of the starting marker and then any direction from that point. But reading the RAW (feel dirty just typing it), it says to place the initial marker on the battelfield ANYWHERE within the weapon’s range. Now thinking about how it’s worded now it would make sense that the deathray then operates as a turret.

Yeah, that is the issue. It is very unclear. Most folks play it the way you described it, but it really is not clear.

The head of the Heldrake is well articulated so I can see it looking around… Which is not the case for the Doom Scythe Death Ray… Would have been to have had it clarified.

Ha! When 6th came ou we played shooting with range like that for months before realizingnwe were wrong.. This will be an easy reversal for me. HUGE change tho.
Also….. Heldrake!

Yeah, I read the rules that way at first, too!It is a very, very big change.

He had it coming, did you see what he was wearing? Practically asked for it! Haha

I was kindof hoping they’d have a definitive “YES” or “NO” on Anrakyr’s Mind-in-the-Machine ability and if you can cast it from a Command Barge. I’m tired of having that argument with people (I’m on the “NO” side presently, but also wish it were “YES”)