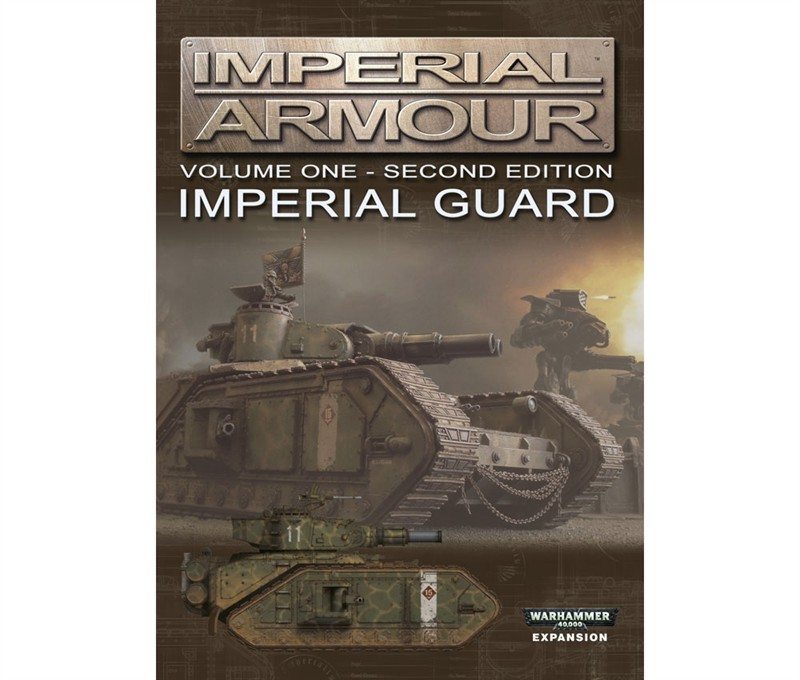 Forgeworld has a new book for us on the way!

Imperial Armour Volume One – Second Edition: Imperial Guard is a book dedicated to the fighting vehicles of the Imperial Guard; the steel-clad behemoths that rumble and clank their way across the battlefields of the far future, unleashing fire and shell at the enemies of Mankind. Inside this 294-page book, the full panoply of Imperial Guard armoured vehicles are displayed in exhaustive detail, including profiles and rules for over fifty tanks, support vehicles, artillery pieces and super-heavy vehicles, alongside extensive background material on these war machines, their munitions and manufacture.

In addition to the wealth of information, colour profiles and photographs, the book also includes a full army list that allows you to field the sledgehammer of Imperial military power: the Imperial Guard Armoured Battlegroup. Also included are rules for some of the most famous Tank Aces of the Imperium including General Grizmund of the 1st Narmenian Armoured Regiment

← Signals from the Frontline: BAO info, New Releases, Tau Rumors
Guest Tactica by Facepuncher: Getting the most from your Wargear! →