Hello everyone Frankie here to talk about my underpowered army list. THE HARLIE STAR!!!!

So I guess first off I should go over what is in the list. We’ve got big dog Fuegan, almighty Eldrad, and dainty Vect as a good core. Next would be my support units, three squads of two War walkers with the mighty scatter lasers, a 10 man unit of Fire Dragons with a decked out exarch to shoot my quad gun and deny those cover saves, And lastly the 9 man unit of Harlequins all with kisses and a shadow seer of course. Now for the back bone of my army 3 units of three jet bikes for quick objective grabbers, and two 10 man Dark Eldar warrior units with splinter cannons.

In case you haven’t noticed the army is based around the 700-800 points I spent on truly underpowered special characters haha. The characters join the Harlie unit which forms the mighty Harlie Star. The shadow seer gives the unit shrouding and stealth which means most of the time I will have a 2+ save with fortune so a 2+ re-roll. Yes it is as lame as it sounds. The unit has a one and thirty-six chance to fail a save each time you shoot at it if you believe in statistics. Next with the new close combat the way it is I end up putting all the saves on one of my two characters with a 2+ save as long as the initiative allows it so yes I am a cheese ball and most of the game will have a two up re-roll save which makes for some very upset opponents. 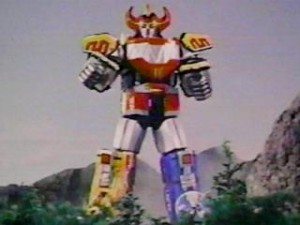 The support units are there to do just what the name says support and kill or hurt some of those pesky units in the back field or weaken something before assaulting it with the “Fragile” Harlie unit. The Fire Dragons are kind of my anti air plus the quad gun is great for killing ground and air targets especially with tank hunter. Sometimes the Fire Dragons accompany the Harlies up the field to be another annoyance or if I’m feeling really bold sometimes I will out flank the war walker’s haha, which I actually do a lot. The Eldar support units are great and have helped me to do well in my games.

Lastly the backbone or the army my troops! The Guardian jet bike units are great for zooming around the field hiding out of line a sight while people hunt for their poor little elf souls. The jet bikes are cheap and not too bad with a 3+ save not to mention their guns are not the worst being twin linked and all. Now the units that have actually done a lot of good for my army in play testing, the 10 man Dark Eldar Warrior units. The warriors put out such massive fire power that they can bring down even the toughest foe especially with BS 4, poison, and DOOM! They are also pretty hard to kill being 10 wounds and leadership 8; so far they have been game clinchers.

Well that is the list in all of its shame/glory you be the judge. Next week I will discuss the weaknesses and tactics on how to beat the list.

Posted on November 14, 2012 by Reecius in 40K, Editorial, Tactics, Uncategorized

← Signals from the Frontline: The Hobbit, Dark Angels, Orks and Eldar.
Warmahordes Tournament! →