in the Heavy Support Slots for Chaos.

So. Let’s be clear. This is a tactics article geared towards

making efficient list building choices that help you to win games of 40K. If playing

to win offends you, or you think any BoLS article that isn’t a How To on

LARPing the Horus Heresy is horrifying, you may want to pass on this one! That

said, I know some of the commenters here at BoLS love having an article to poo

poo on over their morning cup of hatorade as a part of their daily routine, so we

now both play our parts.

Chaos has some great choices in Heavy Support. I honestly

feel spoiled for choice as I do with the book in general. I really feel that

that will reveal themselves to us over the entire edition, which is awesome. I

previous Chaos Dex. I was fortunate enough to learn one of Phil’s processes

when writing a Codex (as related to me by a friend that spoke to him about it),

play (and it is a lot of different types of lists), and then building a Codex

around that. I think that is a quite clever idea, and it is fun to try and

figure out the lists he had envisioned.

that CSM’s aren’t better, but that is my only real complaint of the dex, to be

honest) but with more and more practice games, we’re getting it worked out. All

praise the Kelly for fixing the issue with Zombies only coming in 10 man units. 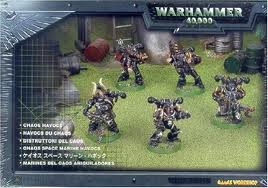 The choice that a lot of folks gravitated towards

lot of the same at a comparably cheap price point, but without the bells and whistles

of the venerated Fangs. However, for 115pts, you get a 5 man unit with 4 Auto

A lot of folks have been excited about Flakk Missiles, but

they really aren’t that hot, in my opinion. At 25pts per weapon, and not having

interceptor, they are expensive and any Flyer coming on the board is going to

target them first before they can fire. Auto Cannons are actually very close in

AA capability on a point for point comparison, and as good or better against

everything else. They also have the benefit of being able to hide when facing

Flyer nation, and then move out of cover and shoot as they will be snap firing

Las Cannon Havocs are a solid choice, too, and we will be

seeing quite a few of these units I imagine. The other nice benefit of Havocs

is that they go with an Aegis Line and Quad Gun like steak and fries! Sarge

mans the Gun, the boys line up behind that Aegis Line and unleash hell, or the

warp as the case may be.

Lastly, as pointed out to me by a reader of ours over at

upgrade. For 5pts, you halve the odds of failing a break test (from 1/6 to

1/12). Considering these guys will attract a lot of attention and that they are

often close to the table edge, you really don’t want to have these guys run for

the hills on a crappy roll. 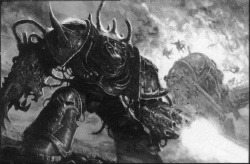 Obliterators are the other stand-out in heavy support that grabbed

my attention immediately. Oblits are the business, and now that they have

Assault Cannons, they’re even better. Mark of Nurgle is the clear winner in my

eyes, as it makes them proof against Instant Death from most weapons, and gives

you a big boost against small arms fire. They have leadership issues (which is

very interesting, I think we will see Daemons in the new Daemon codex losing

Fearless and Eternal Warrior based off of the new rules, which somewhat explains

the dramatic points drops in Flamers) but they are very flexible, being able to

deep-strike and fight reasonably well in HtH. While not as points efficient on

a per shot basis as the Havocs, their mobility, flexibility and increased

durability makes them a really solid choice, in my opinion. Too Oblit to quit!

Yeah, I went there. Cheesy jokes all over the place, today!

The poor Defiler. I love Defilers but they really got the Carnifex

treatment this edition. If you play against loads of strength 6, you’ll love

them. Las Cannons, not so much. So far in our test games the Defiler has been a

strength, AP 3+ weapons when any player with a brain in his head will shoot it only

with weapons that will one shot the Defiler. I don’t think it is awful by any

means, just as I don’t think the Carnifex is awful, it just struggles in

comparison to other choices in Heavy Support. It straddles the line between

Maulerfiend and Forgefiend, but doesn’t do either job as well and costs a lot. At

least it can take a Dirge Caster! 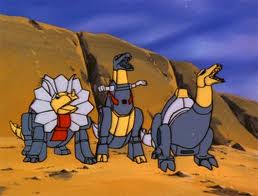 Speaking of the Fiends, the Maulerfiend is a big winner,

chicken dinner for me: fast, cheap, hits hard and a cool model. Imitative 3 is

a bummer as with the Defiler, but unlike his Crabby Cousin, the Maulerfiend can

swifter foes, particularly other Dreads or Monstrous Creatures. For the speed

and cost, this is a solid unit that I think will see a lot of play time. Too

bad he can’t take a Dirge Caster, but oh well.

The Forgefiend is not bad. I am not sold on it over Havocs

which do the same thing cheaper, at longer range and without the odds of being

one-shotted like the Fiend. Ectoplasma cannons only being 24” is another

drawback in my eyes, plus the model is ugly as sin to me, so I won’t be using

it. However, I can see the Hades Autocannon version getting playtime for its

The poor Chaos Land Raider still struggles. If only we got a

Crusader style Land Raider chassis, it would make a HUGE difference with a lot

of the assault units available to Chaos. But, we get the old school Raider. As

a straight gun ship, it really isn’t bad. Set it in a good firing position

(behind an Aegis works very well) and let rip with the 2 twin las cannons. AV14

shooting really helps these bad boys to give you resilient firepower. Again,

compared to Havocs they aren’t as efficient, but they are tough nuts to crack.

As an assault boat, it works really well. Mine have never

failed to deliver my assault units where I want them in our test games so far.

It then almost always dies to a melta weapon or Monstrous Creature/Dreadnaught.

For the points, I’d rather have a big unit of Assaulters running up the board

on foot. Hopefully we’ll get a White Dwarf update with a new Chaos Land Raider variant 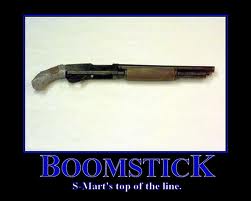 The Vindie and Predator are nothing new, so I won’t go too

far into it. A Vindie is a solid choice for the Strength 10, AP2 blast,

particularly now that blasts are so much better. And the Pred is a solid

offensive tank, but suffers the same drawbacks as any vehicle: one shot, on

kill. Again though, park it behind an Aegis and let er rip. While it can be one

shotted, it is also immune to small arms (at least from the front) so it does

have a place in a list, plus it’s cheap as chips.

heavy support slots in your list! What I am using? Most likely 2 units of 5 Havocs

with 4 Auto Cannons, and a unit of 3 MoN Oblits with an Aegis and Quad Gun. I

may drop one unit of Havocs for a Maulerfiend, but time will tell. I like the

Vindie, but I have 3 in my Marine army and I like using the Chaos specific

and I think it is more fun to play, but those cheap Havocs are just tough to

← WoC Pre-Release Will be up Friday
Chaos Elites Choices, What’s Working for You? →