Are Paladins and Nob Bikers Dead?

You are here: Home › 40K › Editorial › Tactics › Are Paladins and Nob Bikers Dead? 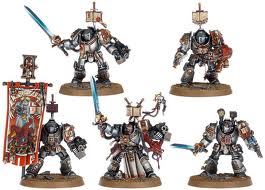 With the changes to these much feared units in the latest FAQ, will multi-wound units die on the vine?

Now that you can’t kick wounds all over a unit, will people still take these expensive units of multi-wound models? Not just the big offenders either: Paladins, Nob Bikers and Thunder Wolf Calvary, but also Tyranid Warriors, Ogryn, etc?

I know I was toying with the idea of taking a unit of 10 Ogryn led by Lysander as a brutal wound soaking sponge of doom! But now that you have to kick wounds to the closest model, that plan goes out the window a bit, doesn’t it!?

I think we won’t see these units nearly as much, if at all, in a competitive setting. Why? The points spent on a unit of Paladins doesn’t yield the durability and efficiency that it did before. In the past a unit like this would be able to soak a disgusting amount of firepower before taking a single casualty. Now, that won’t be the case. For the same reason people don’t take Tyranid Warriors, Ogryn and similar units, you won’t see T.Wolves, Pallis and Nob Bikers. They won’t be worth the points investment. For example, for Grey Knights, normal Terminators start looking a lot more appealing for the points savings. For Orks, the regular Warbikers taken as nice mobile shooting unit for half the points looks nice. 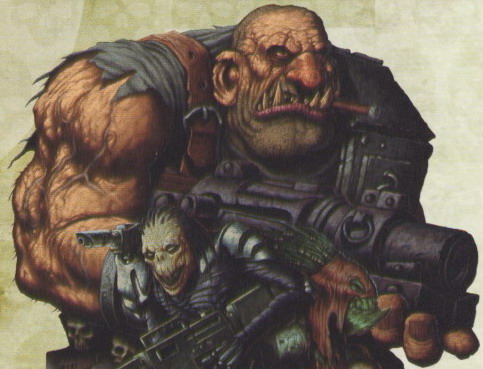 If you do see them, I believe it will be in much smaller units that won’t be such a points sink, but that will still hit hard. I foresee these units stripped down and given the minimum equipment to perform their given task instead of the bloated monstrosities we had in the past. Now that these units die so much easier, it isn’t worth the investment.

While I feel that in general this will be an improvement for the game, it does kick these units square in the nuts. Time will tell if this is something that we get used to and isn’t that bad, or if these units really have lost so much power that they won’t see much play time. I feel though, that without being able to take such a beating, these guys will join their brothers the Ogryn and Tyranid Warriors on the shelf for the time being.

Couple this with the fact that Nobs and Pallies are no longer characters and they’re perceived power level has really diminished further.

24 Responses to “Are Paladins and Nob Bikers Dead?”