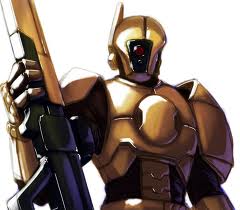 A guest article by Whitedragon.

I really like to explore 40k fluff.  I don’t care what anybody says, Warhammer 40,000 has some of the richest fluff and the biggest area to explore out of any other TT game (and many other genres).  There are just so many things going on, and with the entire galaxy at stake there are countless numbers of stories that can be told.  Heck, with the way the Warp interferes with travelling, you can even do crazy time travel shenanigans if you want.  There are also a myriad of alien races that add countless numbers of characters and civilizations to explore.

Some will argue that out of all the races in 40k, the Tau are the most one-dimensional.  They do everything for the “Greater Good.” and they appear to be 40k’s only token good guys.  (Ultramarines notwithstanding).  In my opinion distilling the Tau down to such a simple stance does them a huge disservice.  The Tau have the potential to be explored quite a bit further than to just say, “Oh they are good guys because they fight for the Greater Good. 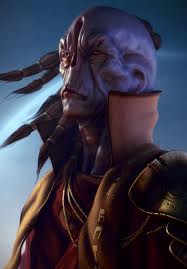 I don’t know about all of you readers out there, but I’ve always thought of quotation marks whenever I read “The Greater Good.”  Who is it really good for?  The Tau?  Well certainly, but what does that really mean.  Let’s look at them a little further.  The Tau are ruled by the Ethereals, who just sorta appeared out of thin air one day, and then told the Tau to stop fighting.  And then, miraculously, the Tau did just that.  I’ve always thought there was a more sinister purpose or design behind the Ethereals, and that even if Games Workshop doesn’t want to admit it, it always seemed to me that the Ethereals were using some sort of mind control, or other sinister something to control the different castes.

This same feeling can be seen with the way the Tau Empire “welcomes” new races into the fold.  Take the Vespid for example.  Their squad leader wear’s a special helmet to communicate with the Tau forces.  I’m sure there could be a case made to show a more sinister purpose then just communication.

The Tau Caste system itself is pretty rigid, and doesn’t really allow much social mobility for the Tau.  If you’re an Earth Caste, that’s what you are for life.  I can’t imagine that somewhere in the history of the Tau there hasn’t been a story of a disenfranchised worker than tries to jump his caste/station.  Maybe such things exist but the Tau are really good at covering it up?  That would make for a really interesting story I think.

Have I convinced you?