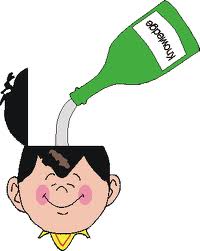 This rules quandary comes to us from Son of Dorn from his blog, Most Perturbatory.

Whilst skimming the 6th edition rulebook, I came across something interesting. On page 109, we learn that Dedicated Transports count as the same branch of the Force Org. as the unit they were purchased for. So what does this mean?

Well, in the mission Big Guns Never Tire, the Heavy Metal rule allows Heavy Support vehicles to control objectives. Guess what? That dedicated transport you bought for your Devastators, that now counts as a Heavy Support option, can now take that objective. This same effect applies for Fast Attack units in the mission ‘The Scouring’.

This allows a clever player to sneak a harmless little Rhino, that’s now scoring, up to an objective at the end of the game. That’s silly though. With only 3 hull points and armor 11, a Rhino may not be something to rely on for this. Let’s say, however, you play Blood Angels, and buy your Vanguard Veterans a Land Raider as a dedicated transport. You now have something that has 14 armor and 4 hull points that can park up on an objective and steal it from under your opponent’s nose. Better yet, buy some Drop Pods for your Devastators/Vanguard Vets and drop them on your opponent’s objectives toward the end of the game! There are some very interesting ways to use this if the opportunity presents itself.

Seeing how clearly this rule is worded on page 109, I think it would be hard to argue against with the rules for controlling objectives as the 2 special missions are specifically referenced on page 123. Will this win you a tournament? Unlikely. And planning around it could cost you points that may never see fruition. What it can do, is come in and save you in the clutch. So, like with all the tips in the Bardus Tactica articles, keep it in the back of your mind for when you need it.

What do you think? Questions, Comments, Concerns?

What do you think, guys? I think this would also mean that you would get an additional VP from those transports if this hold water.