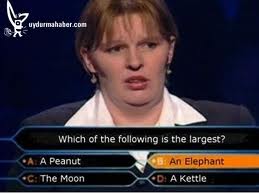 So, got a game in with Nids against Frankie’s Dark Eldar/Eldar force……ouch. Let’s talk about some of the tricks this rule gives us.

So DE still obliterate Nids. They are just much better at it now!

We played 1750, and rolled up Relic (movable objective), with Triangle deployment. Frankie rolled his Warlord Power as allowing his Archon to score, mine was rerolling reserves. We rolled night fight first turn. I got first turn, but Frankie had Vect, so I deployed as defensively as I could.

Frankie took 3 units of Blaster Warriors in Venoms, 3 Void Ravens, and a death star of 10 Harlies with a Shadowseer and kisses on everyone, Eldrad, Vect and an Archon with a Shadowfield, Drugs, Agonizer, and a unit of 3 Eldar Jetbikes.

I took my usual list with a slight twist (Farewell sweet Ymgarls! Thanks to JoeDrache, the Ymgarls can actually still charge out of rserves as their Codex specifically states it, nice!): Tervigon with standard kit, 2×20 Genesteelers with Poison, 3×3 Hive Guard, 2xTrygons with Poison (works way better now!), Adrenal, and Prime.

The game was a bit of a joke. The Steelers were in 4+ cover but Guided Venoms made short work of that (so crazy!). All 40 Genesteelers died by turn 2 and took only 4 Harlies with them! Ouch. Why?

Well, let’s discuss that, shan’t we?!

Never mind the fact this mission is inherently flawed because it forces armies to go at one another (some armies just can’t go heads up with assault armies and hope to live without allied support units).

Also, the Void Ravens are crazy against an army like Nids. They pretty much just flew around sticking me in the rear-end without much I could do. He hunted my Hive Guard, they tried to fight back but it was pretty ugly. I guess my bugs are going to have to get a Aegis, hahahaha, I will put an Ymgarl on a Quad gun as they aren’t good for much else these days. Won’t that be cool……an Ymgarl on a quad gun. Yeah.

You see, Frankie is a smart player and ran his Deathstar in such a way that I couldn’t get around it. Since I went first, I deployed in terrain knowing Vect could well seize on me (which he did). I had reserved both Trygons for that reason as with my Warlord ability it allowed me to have an 8/9 chance of getting each one in turn 2.

With Frankie having 2, 2++, and a 3++ rerollable model to maneuver in front of my shooting units, I did all of ZERO casualties to his deathstar. I managed to wound Eldrad twice, but that was only due to really poor dice. It walked through both units of Genesteelers without breaking a sweat. Now, had my Steelers been shooting units it would have gone better for me, but not by much. With a 1/36 chance to hurt the Archons, and a 1/9 to hurt Eldrad, it was just insanely stupid. Even the Harlies have a 5++ rerollable invul.

Rule issue: Eldar Psychic powers say they only work on “Eldar Units,” however if you use your base codex as the Eldar book, with Eldar harlies, and join the IC’s to it (Archon) they become a part of that unit for all rules purposes (pg. 39 BRB). Also, the Dark Eldar count as being allied units for the purposes of targeting psychic powers (pg.112). What do you guys think? I think it sticks, as lame as that is!

My Trygons came in turn 2, but thanks to terrain and model placement, could only get close to Eldrad, and were unable to get into the guts of the squad. They were unable to chew through him (no shocker) and even getting him down to 1 wound, Look Out Sir saved him from even having to see if he would take the 3rd.

I can hear people saying: well, just outmaneuver them!

It really isn’t that easy. 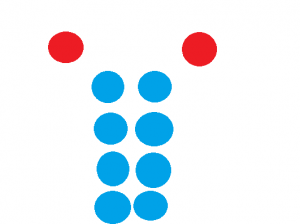 This formation makes it very hard to get at the guts of a squad.

The above picture shows a formation that makes it really, really hard to get past those front two wound soaking characters (red circles). You can adjust it too, to make minor shifts as needed. This formation is great against static or less mobile armies. Out flankers, deep strikers, flyers, etc. can bypass this, but in general, if you are lined up across the board from someone, this is not easy to get around, particularly when a smart opponent is using angles to his advantage. 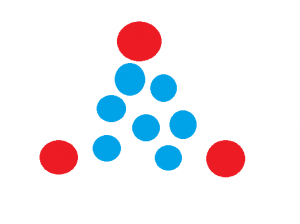 This type of formation makes the unit very resilient against attacks from almost all angles. Again, the Wound soaking characters are in red. This means only units that get really close and at the right angle will be able to shoot past the characters. A lot of armies simply lack the speed to do this. And even if you do get close to do it, you are going to be in charge range which is often right where these types of units want you to be.

Plus, again, don’t forget Dark Eldar Harlies’ veil works the old way, meaning that you roll 2d6 x2″ to see them. Regular Eldar Harlies get shrouding and stealth, which with Fortune, is still crazy….worse, actually. 2+ rerollable cover save, 4+ in the open. Fun!

So we are trying to like Wound Allocation but it is just so easily abused.

In HtH it is really bad too, as this unit has very high Initiative and gets to choose where they go in most cases, meaning that your good stuff gets axed and the deathstar soaks all of the wounds on the Archons and Eldrizzle. Frankie just walked through Will’s 2 units of Blood Crushers and a unit of FIends taking only 4 casualties…yikes! And that is with Frankie failing a Fear check.

What do you guys think? Anything we’re missing? See a way around this issue? We are finding so many absolutely INSANE combos that our minds are blown.

What kinds of crazy combos are you guys finding?