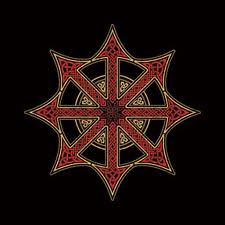 A guest article by Whitedragon.

Chaos is one of, if not the most interesting aspect of the entire Warhammer 40,000 world that Games Workshop has created.  Some of y’all are probably already raging and frothing at the mouth while banging your fists on the keyboard.  “NEVER!” You decry, “GAMES WORKSHOP TOTALLY RIPPED OFF MICHAEL MOORCOCK!”  I don’t really want to get into that can of worms because, well it will just devolve into more of a flamefest, so I’ll just sidestep and say we’ll table that discussion for another day.

Regardless of what you think about GW’s fluff “pilfering,” the concept of Chaos is very intriguing and worthy of further exploration.  Now, lately, and by “lately” I mean in the last several years or so, Games Workshop has tried to make the fluff and descriptions of Chaos more black and white.  Chaos is bad, and wrong and evil, and Chaos Space Marines are evil spiky versions of regular space marines.  Spikes make them bad, but not skulls.  (Write that down kids.)  Chaos is just evil and that’s that.  However, back in the day, Chaos was actually more “grey,” almost 50 shades really.  The hints are still there if you know where to look, though.  The older fluff showed quite a lot more variation into the nature of Chaos and what it represents.  You had minor Chaos Gods, gods of Order, Sensei and the Starchild, and all other manner of oddities.  The Realm of Chaos in and of itself wasn’t evil unless you were one of the Four Powers.  This is one of the possibilities that I’d like to explore. 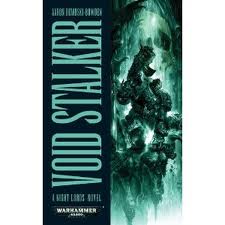 We already know that the Warp is a realm of energy and emotion, and endless possibility.  Now, the Warp energy corrupts and perverts everything it touches.  The Chaos gods are fueled by emotion and can even twist noble intentions into malice.  Is that really the case?  Should Chaos followers be reserved as nothing more than bad guys with spiky helmets twirling pointy mustaches?  Recently the Black Library Night Lords trilogy gives a powerful look into what really goes on inside a renegade legion, and it’s not quite as cut and dry as you may think.  Heck, most of the story will have you rooting for the Night Lords and hoping that they could actually regain some of their former Astartes glory as heroes.  This is the image of Chaos I’d like to think of.  A tragic hero or a gradual fall from grace makes for a powerful story and a multi-faceted character.

Why couldn’t a Chaos lord and his band be more than just traitors?  In their mind, the Emperor betrayed them, and they are still fighting the true fight.  Fast forward 10,000 years later and have a look in the mirror and they’d be just as shocked to see their twisted self staring back at them.  What happens at that moment?  Do they finally accept their fate?  Would a band of “renegades” aid an Imperial Guard unit in a pitched battle against Orks or Eldar?  Also, since the Space Marines are figures of legend in the 41st millennium, would the Imperial forces even know they were staring at renegade Astartes?  (Assuming they cleaned their armor up a little bit of course.) 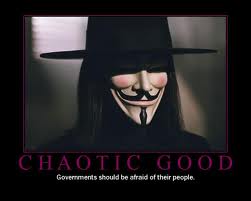 Finally, since the realm of Chaos is based on emotion in realspace, could someone of pure enough soul and intention create a shining beacon of order out of the Chaos?  Could one become a “champion” of order so to speak, energized and gifted by the warp and strengthened by their own purity?  Grey Knights are described as being so pure as to be anathema to the denizens of the warp, yet are still psykers and draw their strength from the warp.  Could this be how they focus their power?  And yet, on the other hand, is it actually “wrong” to be a thrall of the Chaos gods?  That’s an interesting point to turn on its head, since the Imperium itself is not known as the nicest place to live either.  Being a pawn of the gods actually affords the Champion quite a bit of freedom that being in service to the Imperium lacks.

Let me know what you think!  I just love to turn the fluff on its head.