Picking a Side: Warmachine vs Hordes

You are here: Home › Editorial › Warmachine › Picking a Side: Warmachine vs Hordes 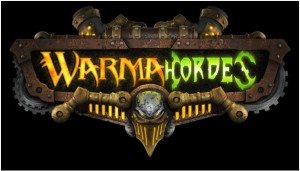 Hey all! Dok here from www.3forint.com. You may have heard of me, I’m kind of a big deal! Haha, today I wanted to talk a bit about one of my newest interests: Warmahordes!

So, you decided to jump the fence from 40k and pick up a privateer press game. Good for you! You will enjoy constant model releases, frequent errata, and sweet ass models. No, not what you are thinking.

The first decision you have to make when coming to warmahordes is “Which system do I play?” Yes, there are two systems within the warmachine/hordes overall game regardless of their often seen, mashed up title. The overall rules are very similar and that is why they play well together and can play against one another. The main difference is that Warmachine players use a rule mechanic called Focus and Hordes players use Fury.

Now, you don’t want to pick an army based on which is the most powerful.  We all know what is best in life: to crush your enemies, see them driven before you, and to hear the lamentation of their women. But this is a game and games are supposed to be fun. If you are in it for the long haul, then you want to pick something that will be fun and that will interest you after getting your face stomped in multiple times in multiple ways. These games are very much about the nuances and if you are unaware of them or miss something then you can potentially lose in one turn by having a model ¼” out of position!

But back to fury and focus. Power gaming is one thing, but knowing what you’re getting yourself into when picking a faction is another. Knowing the playing style of each system can help you make an informed decision on which system sounds more fun.  Fury has a lot of advantages over focus. This is not to say that hordes armies are better than warmachine armies. They just play differently

Warmachine casters (Warcasters) have a pool of focus that is refreshed every turn no matter what happens on the battlefield. Whereas Hordes casters (no, not horcasters… Warlocks) start with a pool of fury and cannot regen by themselves. They recover fury by taking it from their beasts. Beasts generate fury in a number of ways, but suffice it to say the amount of fury available to them is directly related to the number of beasts you have and the amount of fury they built up in your last turn. 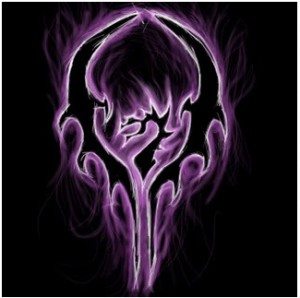 What this means is that whichever system you pick, you will be performing a delicate balancing act every turn. Resource management (Warmachine) vs risk management (Hordes).  In Warmachine, you choose whether or not to distribute your focus amongst your warjacks (notice the wartheme). These focus points can be used to add dice to damage or to hit as well as several other special actions. In Hordes, you take fury from your warbeasts at the beginning of your turn up to your warlocks maximum fury. This lets you have a bit more freedom with what your beasts do on your turn as you don’t have to determine how much to allocate them. You can react a bit more fluidly and use fury up to the beasts max fury stat. The risk you take is that if you create more fury than your warlock can hold, then your beasts have a chance to frenzy and attack the nearest target! You have no control over them for the turn they frenzy and they can even come back and hit your caster!

Each has its own advantages. Generally speaking, Warmachine spells are better, the Warjacks hit harder without boosting, and the casters are more survivable. Focus benefits the caster by letting you cast spells and buffing your armor when you hold on to it. Hordes is more flexible and can “push the envelope” so to speak by spending more fury than they can handle in a turn. The beasts can get a lot of attacks in a turn and each one comes with its own buff called an ‘animus’.

Each also has its own weaknesses. In warmachine, you are strictly limited to the number of focus your caster has. Some abilities let you get more, but they are rare. You are also limited to the number of jacks that you can effectively field due to only having so much focus to pass out. In hordes, every time you lose a beast, you are losing another resource to tap. So, in a game of attrition the Warcaster’s power will go up as the Warlocks power goes down (again, generally speaking).

So what kind of game do you want to play? A cold and calculating master of machines or a risk taking mad man with an army of slavering beasts that are barely within your control???

I know which one I want to play J

Posted on June 23, 2012 by Reecius in Editorial, Warmachine

I picked skorne, so I can mess up your focus with tortured baby elephants.

You are a mean, mean man!

Don’t mess up my focus, bro!

Cant wait to get back into hordes after 4 years. 40k new edition just sounds less and less like my game anymore and turning into fantasy. Time to dust off the everblight

Warmachine is fun and we’ll play it a lot, but I think 40K 6th is going to be fun. We just need to give it a chance.

The more I read about it, the more it sounds like second edition. We are one FAQ away from sustained fire dice imo

I’ve had a lot of fun in the games that I’ve played so far. I even got my butt kicked by a high schooler. Ohm the shame!!! The game is very precise and most answers you need are right in the rulebook or on your stat cards.

Sounds like a nice summary. I was actually just talking with some people on 4chan the other night and this sounds like the summation we came to. If people start asking again I’ll try to remember to link them to this article.

On a related note, if after you have picked your system you want to try to play around with different armies, I am currently collecting all the pieces that I am missing from all the starter sets. Currently missing only one heavy warjack from Warmachine, and then it’s off to the world of monsters from the wilds of Immorum to continue collecting each of those sets.

Thanks man, I appreciate it.

I play a Frankenstein-themed ork army in 40k 6th, and it’s super fun.

Dude that sounds awesome! Do you have any pics?

I go with warjacks(i’m a steampunk you see)
sadly though, the other half of me wants to play a hoards vs jaxs\hoards and jax team up game.(I’m a man of nature as well you see)

how well would that work?