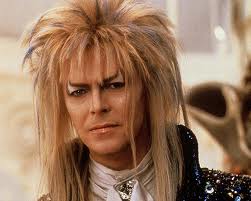 A guest article by Zid on Duke Sliscus.

Name’s Zid. I like to write stuff. Mostly battle reports and on occasion get some help writing a new army list or helping others with theirs. One of the best things about Warhammer 40k that I enjoy more than any other gaming system I’ve played is the variety of the armies, the players, and how everyone shares ideas. So, as a first article here on Frontline Gaming, I figured I’d highlight one of the least used, and most misused characters I feel is out there in 40k land: Duke Sliscus.

Now I’m sure many people are thinking “He’s a pretty simple guy to figure out”. Well, you’re right for the most part, so let’s break him down starting with his stats and Wargear.

–          In 6 with 3 attacks (+1 for 2 CCW’s) is nice. Tack in the fact he always wounds on a 2+, and 33% of the time it becomes a power weapon (Ignores Armor on a 5+), he can really do some damage! As well, he has Drugs, so he can be str 4 meaning he rerolls wounds against most stuff (more ignoring armor!), can get more attacks, or even reroll wounds against anyone, amongst  the other benefits Combat Drugs provide.

So when you break down his Wargear and stats, for 150 points he’s not too shabby. He can smash infantry and MC’s with equal potency, is fast, and even has a lance pistol for those sticky situations. A big thing I’d like to highlight here though: Duke Sliscus is NOT a Close Combat monster. Yes, the duke can mulch any MSU squad you pit him against. But he’s meant to be a support character; and that’s what this article is here to highlight.

Here’s the meat and potatoes of the Duke-man; his abilities. He has 2 army wide abilities, and one ability which benefits just the unit he’s in.

The Serpent’s Venom – This ability gives whatever squad Duke’s with (Warriors or Trueborn) Splinter Weapons that always wound on a 3+. Now, many people discount this ability. This is absolutely BRUTAL when utilized correctly, but I’ll hit on that later. All I’ll say here is that Duke being deployed with squishies is not all that bad if done right.

Contraband – I’ll say it now, this is why you take Duke. 2d6 on the Combat Drugs table is absolutely terrific if you’re running any Wych or Hellion based army. I cannot tell you the number of times I’ve rolled a bad drug and struggled because of it; Duke mitigates this risk. Yes, you can still roll 2 of the same drug. But the ability to take those Reroll to Wounds or the Pain Token gives your army some awesome flexibility.

Low Orbit Raid – This gives all your venoms, ravagers, and raiders a free 5 point upgrade. Not to mention, with the Duke’s DS ability, YOU CAN DISEMBARK WHEN YOU LAND. This can actually be a crazy good ability when done correctly and I can see some armies being built around this (Hint: Venom spammers, DS all those blasters in and unload in a mighty Alpha Strike!). The bad part of this ability, as with Webway lists, is DE have no way to manipulate reserves /sad panda.

The duke adds a lot to an army, but unlike Mephiston, you cannot just chuck him in a list and scream “blood for the blood god!” and hope he does well.

First thing you need to decide when you take the Duke is why are you taking him? As mentioned earlier, the Duke is not a CC monster, he doesn’t blow things up with laser eyes, and won’t let you roflroll everyone. You take him for one of two reasons: 2d6 drugs or Deep Striking transports.

Once you’ve decided why you want to take him, now’s the time to build support around him based on the ability. Here’s a good guide to units you want to take depending on why your taking the duke – 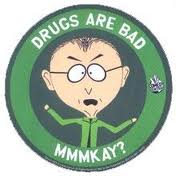 Taking him for 2d6 Drugs:

For a second HQ choice here I’d recommend either a second Archon, Haemis, or Baron. Haemis are probably the best as for this list you will likely be running a Wychcult.

Elites will probably be Trueborn with blasters to bust open transports or Bloodbrides if you feel you want even more killy wyches.

Troops you will want almost exclusively Wyches or Hellions if you took the Baron as well. You want everything to benefit from drugs as much as possible.

Fast Attack is normally the last to fill up in a Duke list, but Reavers come to mind here.

Last but not least, heavy support. Ravagers, Razorwings, or Voidravens. Talos do not fit a duke list unless you’re attempting to WWP with duke, which I recommend against.

Taking him for Deep Strike:

Elites should be Trueborn pretty much solely; you’re dropping in and blowing crap up!

Troops should be warriors entirely, probably in Venoms.

Fast attack Scourges are probably prosauce for this list as everything’s coming in from the sky anyway.

Heavy I recommend Ravagers here as they benefit from the deep strike as well (and can shoot all 3 lances to boot!)

This list utilizes Duke for his drugs, as well as a good countercharge element/protection for the warriors.

Now many people hate that the duke can only be deployed solely with Trueborn or Warriors (unless you don’t take either unit, which is pretty unlikely). This can actually be very helpful; ever seen what 20 3+ poison shots can do? Here’s a few example units you can deploy duke with:

The benefit of this (I call it the “ranged gunboat”) is that at 36” you have 24 Reroll to hit, 3+ wounding shots. That’s ridiculous and enough to make any squad of Longfangs squeal. Issue here is cost.

This load-out sits on an objective and tosses a few shots downrange. Just used for scoring.

I prefer this lead-out. Drive close to something and unleash 18 rerolling to hit poisoned shots. Most people ignore this gunboat in leu of Trueborn and Wyches until it’s too late; these guys can drop some hurt on unprepared units.

Planning on how to deploy the Duke is part of utilizing him!

The Duke is a very powerful utility character. He can hold his own, he actually won me a game not too long ago when he took down a 10 man Grey Hunter squad solo (stupid good saves, and 4 power weapon wounds when I charged in lol), but shouldn’t be relied on to do it often. Heck, he once biffed it to a single purifier who wounded once and force weapon’d his head…

So go forth, use this knowledge I bestow upon you, and take some slaves back to Commoragh!

So what do you guys think? David Bowie is one of the more flavorful characters in the book and one I personally like a lot. How about using his Deep Strike ability with Malys to really pull some deployment shenanigans? Let Zid know what you guys think about his tactica!