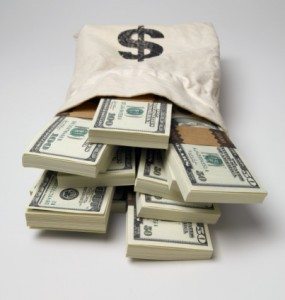 Why does GW charge so much?

I’ll start with the disclaimer. I do have a degree in Economics, but it’s been years since I graduated and I don’t really use it in my day to day job. So I’m sure some of you will pipe up with how I got some specific or another wrong, but it’s been awhile so take it easy.

So how can GW continue to raise prices? While it is true that some of us will buy less or quit altogether, they continue to raise prices every year at a rate beyond inflation. How can they do that and still be profitable year after year? I’ve seen a lot of posts saying “It’s simply economics, if you lower price, you sell more,” and while that may be true, the way it actually works is much more complex than that.

It comes down to an economic principle called price elasticity of demand. What this means is that some products are considered elastic while others are more inelastic. An elastic product is one where as the price increases, the overall revenue ($) goes down. Think of this like butter. If the price of butter increases, you buy olive oil instead and don’t buy butter (an imperfect example, but I think you get the idea). A perfectly elastic product would be one that if there is any change in price the quantity goes to zero. Lots of items in our day to day lives are considered elastic, especially ones with lots of alternatives.

Now an inelastic product is something that even if the price increases, the drop in quantity is not enough to offset the revenue increase from the price increase. Gasoline is a classic example of this. As the price of gas goes up, people may buy less, but the overall revenue from sales of gasoline either increase or stay the same. A perfectly inelastic product is one that no matter the change in price, the quantity doesn’t change. Luxury goods are usually considered inelastic. If the price of a Lexus goes up 10%, overall revenue of Lexus’ either goes up or stays the same.

Wargaming models are generally considered luxury goods. They aren’t a necessity, there aren’t a lot of substitutions. and gamers are generally pretty brand loyal. Wargaming models, in particular warhammer models, are inelastic. So if GW raises the price of everything by 10%, they may see a decline in the total quantity sold, but not in the overall revenue of their products.

Now, since no product is perfectly inelastic, there comes a point in every product where the increase in price does not mean an increase in revenue. GW is operating under the assumption (and probably rightly so) that they have not hit that threshold yet. Until GW’s price increase does not correspond to an increase in sales, they have no reason NOT to increase prices. It pisses a lot of us off (myself included), it prices some people out of the hobby (I’m getting close there), but until it actually affects their bottom line, it makes economic sense (maybe not marketing sense, but that’s another topic), to continue to raise prices.

Hope that helps clear up the reasoning behind GW’s price increases, now let’s all stop buying stuff so they hit that threshold!

I fear that if the Australian market is still profitable for GW at their local prices, then that just sets a whole new scale of potential price growth for them to aim for in the rest of the world. I wont be surprised to see continual annual adjustments until Australia hits the limit of elasticity, and the rest of the world reaches Australia’s current price points.

I disagree with your conclusion that GW is inelastic. The fact that they are not a necessity already poses a great problem to that. If you look at wargaming being just GW, then yes they are inelastic within their own stores, where they require their models. They force a monopoly market within themselves, but they cannot control what happens at your house or at your friendly local gaming store. If you consider alternative models, they are abundant. If you consider alternative games, they are abundant as well. If you consider other forms of entertainment, well you see. It depends on how you consider your sample to define it’s alternatives. It is simplest to think of it in competition with every other wargame, in which case there are tons of alternatives and substitutes.

If you consider loyalty, that is probably the strongest part they have. If you have an army, it’s hard to get out. If you love the universe like most of us do, it’s painful to leave. However, that does not mean that habits may not change. When i worked at GW and got the 50% discount, I was always buying stuff because the perceived value was greater than the cost and I was left with a rather large consumer surplus which made me happy. Now, I find it hard to justify the prices as the perceived value is less than the cost. I have a long term goal of having an entire chapter, but that goal is fading in the face of the price. Other armies I’d like to make have become less attractive. My overall spending has drastically lowered. While anecdotal evidence is hardly a rule, my behavior follows the rational model.

The other problem that comes with the inflation shocks they do. Everyone here knows they happen like clockwork, but there’s many problems with the way they do it that makes it unexpected. They make 0 announcements themselves, we have to get the information through back channels more or less, which makes this technically unexpected inflation. No logic to what is increased and what isn’t. No anticipatable increase. Nobody could have guessed that only 2 tyranids would get a $2 increase and that the storm raven and land raider would jump up $10+. The products chosen and the amounts raised are not easily discernible which causes shocks to their market. The market doesn’t like shocks and so we see people on the forums react in the ways they do. GW is lucky that most of it is just grumblings, but they still lose customers and sales.

While they may be getting more revenue per box now, they are simultaneously losing sales. This is one reason that they haven’t been getting growth.

However when you adjust for inflation to 2010 value (using average annual inflation) real revenue:

This is bad. And it gets worse. They have higher fixed costs now that they have 1 man stores. You can’t layoff extra staff anymore to cut costs, they’ve already cut them as low as they can. So instead of having a variable cost, they now have a fixed cost when it comes to labor as every store manager is tied to physical capital with a lease. SO they’ve lost revenue, they’re lost sales and they’ve lost flexibility. GW is really doing bad.

Pretty much what I wanted to answer after reading the OP. I raised an eyebrow when Ozymandias mentioned luxury products as an example of inelastic goods, as they usually have a high number of substitutes available ; essential goods, on the other hand, are unanimously considered inelastic (you can only curb your consumption of gasoline or water so much, thus you’ll have to accept price changes on those).

The rationale about relative inelasticity being the reason for repeated price hikes still stands. Indeed, the way you could say GW products are inelastic is if we assume its customers are extremely loyal and therefore do not consider other options as satisfying substitutes. It’s already been mentioned what can make this true : great intellectual property, an established presence and worldwide community, relative quality of models.

However, they might be running into problems if we consider customer loyalty to be their best asset. It’s no secret here that they are getting on the nerves of their “core” fanbase with an apparently increasing disregard, and some are quitting as a result. If we assume their main target is teenagers, they have quite a challenge on their hands if they want to retain their loyalty.

So unless they somehow “recruit” more mature customers than they lose, or unless they do manage to shape youngsters into long-term loyal clients, that key asset of theirs might be unravelling. Which means they’re overestimating the inelasticity of their products.

Pure conjecture on my part, but their lingering first-mover advantage in the world of non-historical wargames (you could say they are to fantasy miniatures what Apple is to tablets) might be all that keeps them afloat today. I can’t see them gaining ground at present, and the numbers seem to indicate they’re losing some. As Surtur pointed out (thanks by the way, your post was not lost on me at least !), they’re running out of easy solutions.

GW is not the entire market and there are a fair number of growing alternatives from scibor, mantic, avatars of war and so on so I really don’t think they have a lack of substitutions.

Food is inelastic. You need food and if the overall price of food goes up, you’ll still pay it. Bananas are elastic. If the price of bananas goes up, you can get something else. GW is bananas.

I think it’s a bit more than just elasticity at work in GW’s thought process. I think they believe themselves a monopoly. It explains their attitude and behaviors too well. A monopoly focuses on revenue and profit, not efficiency, has no problems charging more and having a smaller market so long as they make more and strong arms competition to prevent it from entering the market. GW has all of these behaviors. Finecast maximized profits and came with price increases while using old capital they had. Their one man stores are rather overworked at times leaving their labor wanting in favor of reduced costs. Their price hikes have shrunk sales and market share while maximizing revenue per unit. They have leveled lawsuits and threats against other companies to protect “their” IP (raging heroes llamasu anyone?) and prevent them from competing. That’s my opinion as to the reasoning behind GW’s changes.

The conversation continues, but there are some excellent points made here. GW seems to have deaf ears to their customers and, at least IMO, misses the point of what their game is. It is a community driven shared experience. They are not selling sprockets. The upper brass comes from the corporate world and they see this (well, I believe they do based upon their actions) as simply a product to sell and maximize growth.

This isn’t that though, this is a hobby that people do to be with friends and to gain a sense of fulfillment. I think it is simply a matter of time before their policies bight them in the ass.