Adepticon on our Minds. Team Small but Fierce Update.

You are here: Home › 40K › Editorial › Adepticon on our Minds. Team Small but Fierce Update. 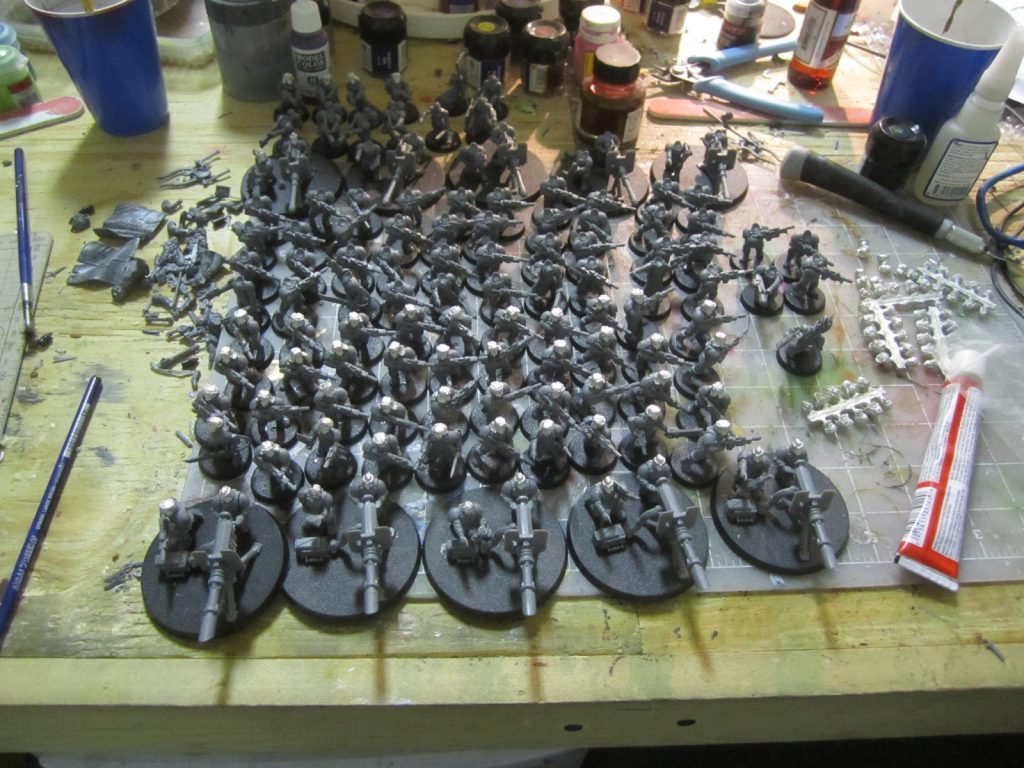 We may be small, but we're fierce!

We’re getting pumped for Adepticon, and our Team Tournament army is coming along nicely!

Adepticon, the mecca of Table Top Gaming tournaments, is nearly upon us. We here at Frontline are sending 9 players, and 2 teams to the Team Tuornament and have been working hard on getting our very ambitious Team Tournament army finished in time.

We decided to go with an all infantry IG force, with 117 models…each! That means in any game, we’ll be packing 234 models onto the table. They may be humble Guardsmen, but they’re fierce!

Out game plan is to overwhelm our opponents with sheer numbers and firepower. Each player will only have 5 Kill Points on the table, 4 of which are scoring.  The army packs a wallop in the shooting phase, and surprisingly, in assault as well. The power blob army is nothing new, but it is a tried and true winner.

I can’t wait to see the look on our opponents’ faces when they see the ocean of Guardsmen we’re going to be putting on the table top!

We decided to go traitor Guardsmen, and each of us has a force from a different God. Mine is Khorne, Will is Tzeentch, Frankie is Nurgle and Dugg is Slaneesh.

Be sure to come and say hi if you are there, we’ll be hard to miss!

Here are some more pictures: 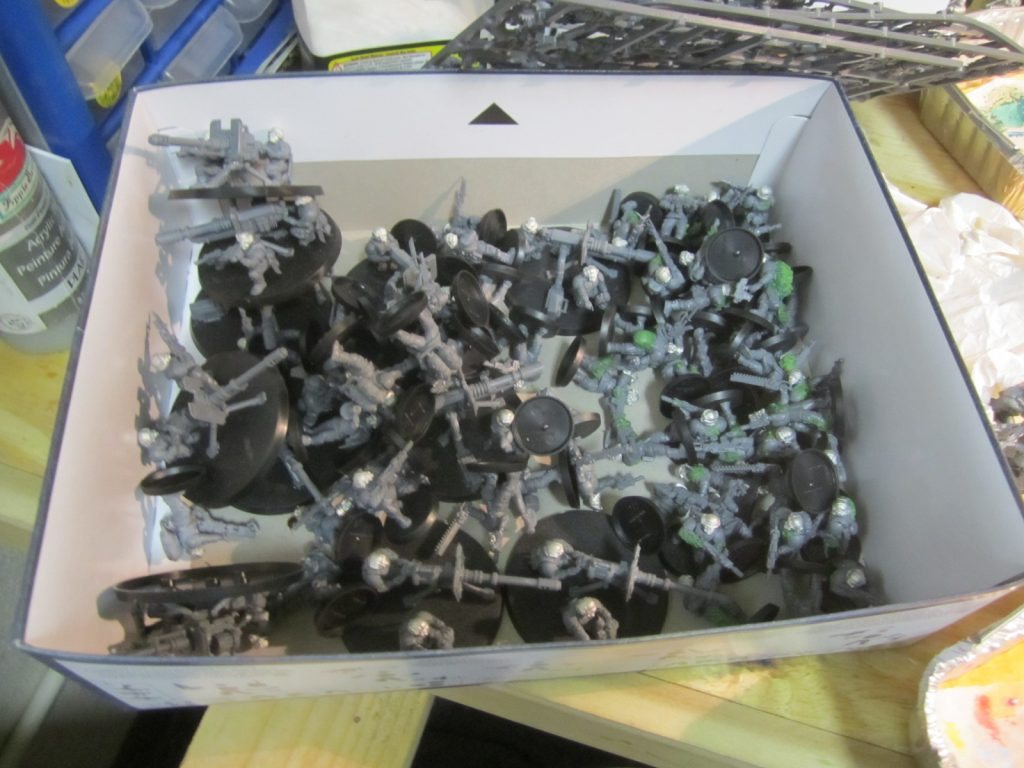 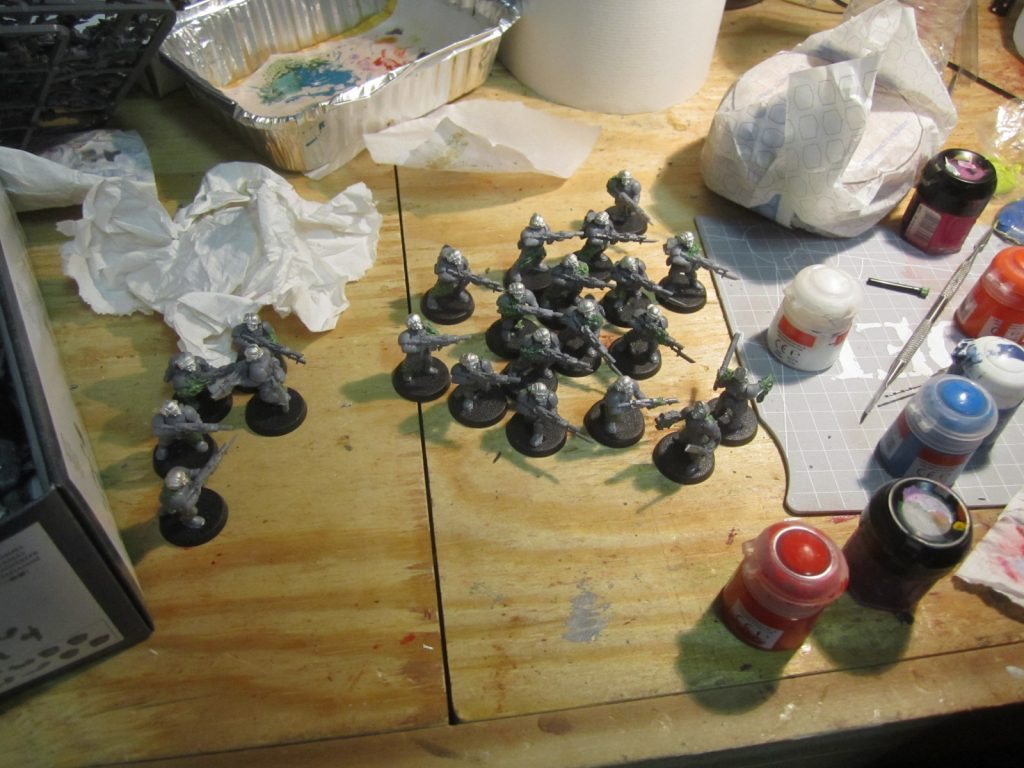 Some more of Frankie's Nurgle, getting the Greenstuff treatment. 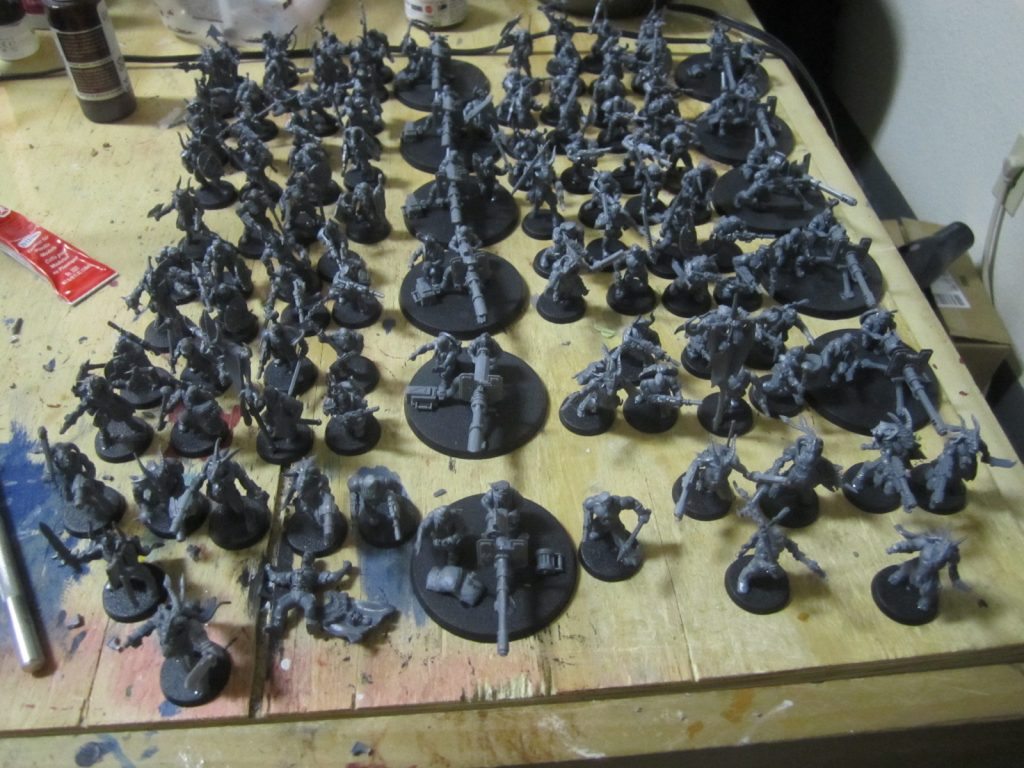 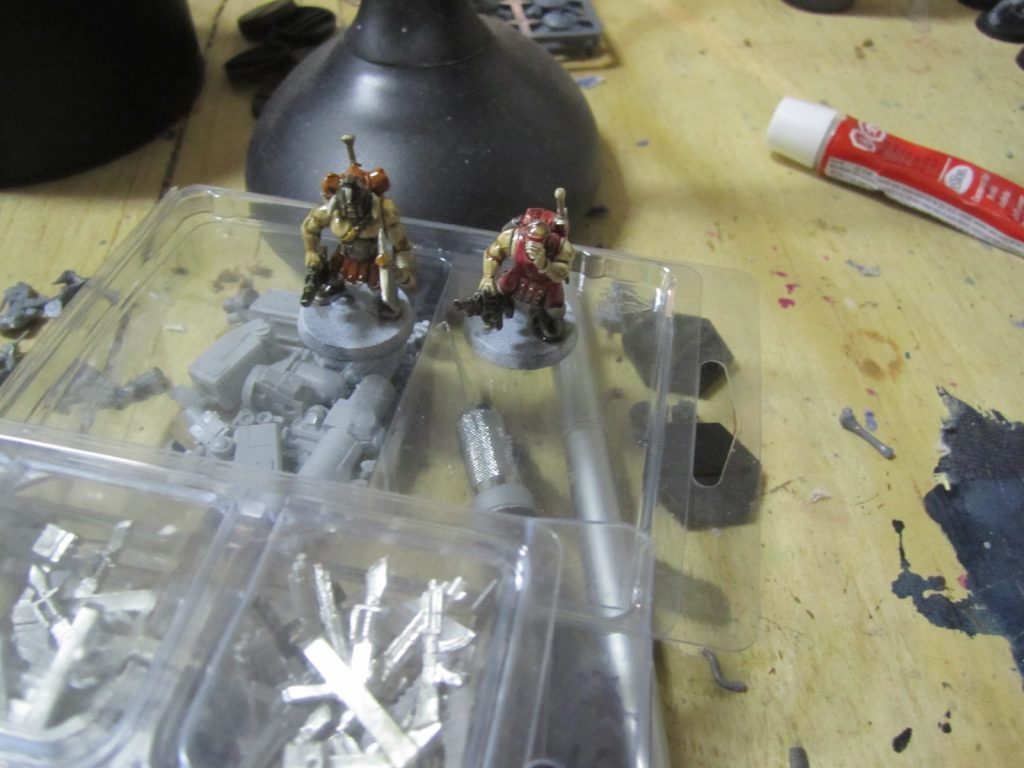 ← Signals from the Frontline Episode 43
40K Editorial: The Death of GW’s Support for the Tournament Circuit (Content Added) →

3 Responses to “Adepticon on our Minds. Team Small but Fierce Update.”