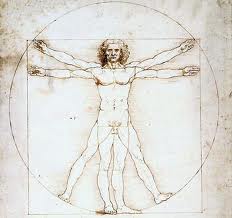 Rick Priestly Was a Wise Man.

Today we take a look at the lore of 40K and explore the symmetry between the original Space marine Legions.

I have always found it interesting that the original 18 Space Marine Legions had such symmetry between the traitors and loyalists. Like opposites sides of the same coin, each Legion has its counterpart in another legion. Each pairing of Legions shares similar values and attributes, but express them in different ways.

For example, the Ultramarines and Black Legion are obviously analogues to one another. Both are the “standard” chapter representing their faction. Both have exemplary leadership characteristics, adhere to doctrine, and are described as being the best all around forces for their side. This is a pretty obvious comparison but what about the other Legions?

The Iron Hands and iron Warriors are also closely related. Both abhor the weaknesses of flesh and value stoicism. “Iron within, Iron without,” the war cry of the Iron Warriors, could easily apply to the Iron Hands. Both have war leaders that are a hybrid of Techmarines and Captains: The Iron Fathers and War Smiths. Both legions value tangible things and generally steer clear of mysticism. They are associated with the forge, and implement extensive bionics.

The Salamanders and Death Guard correlate. Both are physically though, slow, implacable range forces. In the old rules, Salamanders were even toughness 5 and Initiative 3. Both forces employ assault weaponry and prefer close range encounters.

Space Wolves and World Eaters are both ferocious warrior Legions, bordering on a lack of control. As the fluff progressed, World Eaters did become truly berserk, but the Space Wolves also have Wolfen to counter this. Both Legions are violent, don’t follow the rules other chapters value, and are wild in nature.

Blood Angels and Emperor’s Children both admire physical beauty and perfection in skill. Both Legions are noted as being amazing to behold on the exterior but both possess deep flaws beneath the surface. These Legions are also noted for their hubris.

The White Scars and Night Lords are both chapters noted for rapid strikes, and speed. The Night Lords have changed somewhat to more of a stealth oriented force, but in older fluff were that plus a heavy emphasis on fast attack with Bikers and Raptors featuring prominently.

Raven Guard and the Alpha Legion are both known for using stealth, disruption and trickery to achieve their ends. Both forces will undermine their enemies and use hit and run, and disruption to weaken their targets before destroying them.

The Imperial Fists and Word Bearers both exemplify their sides faith. The Imperial Fists are closest to the Emperor and defended him both at the Siege of Terra and in the current setting of the game. They are stalwart defenders of all that the Emperor stands for. The Word Bearers are closest to the Chaos Gods, and instigated the Horus Heresy. They preach the counter gospel to the Emperor and seek to undermine the Imperium at every opportunity.

The Dark Angels and the Thousand Sons both possess terrible and secret knowledge. They both have levels of initiation in their order and their is some similarity between the inner circle of the Dark Angels and the Sorcerers of the Thousand Sons. I think over time the connection between these two Legions has become the weakest, but they still fit together better than with any of the others.

What do you guys and gals think of this? Any more connections between the two that bear mentioning? I always loved the fluff of this game and exploring its intricacies is fun. What do you all think about the similarities between the Legions?