40K Question: If you do believe in Tiers, what armies fall where?

You are here: Home › 40K › Editorial › 40K Question: If you do believe in Tiers, what armies fall where? 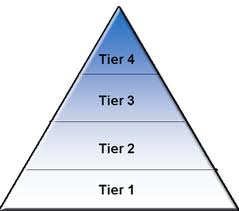 What do you feel are the tiers in 40K, if there are any?

So, we discussed the existence of tiers earlier in the week, now let’s discuss where people think every army falls and why. Or even how many tiers there are? The reason I ask, is because I so often hear armies like Orks and Daemons are weak, but in my experience, they are fantastic.

Perhaps a lot of our perceptions are shaped by the players we play against regularly. Will on our team is one of the best players I have ever played against and we play each other all the time. His Fatecrusher Daemons are incredibly hard for my Wolves to beat. Tastey Tastes Daemons are another really tough match-up and he plays a completely different list to Will’s Fatecrusher. Likewise, Chaos Space Marines are considered weak, but Frankie regularly schools people with his.

Do people form their opinion based off of their local area or from tournament results or both? I keep a pretty close eye on the tournament scene and regularly see “bad” armies doing well.

The one that always gets me is Orks. The internet hates Orks, says they are a weak (some say the weakest) army in the game. Out here, some of the best players and regular top tournament finishers are Ork players. At the Bay Area Open last year, 3 of the top 10 were Orks! More than any other army.

So here is my view on the tier system, if it in fact exists. In other words, these are the armies I think it is easiest to win with:

17 Responses to “40K Question: If you do believe in Tiers, what armies fall where?”