Frontline Gaming gets a review from Green Stuff Industries!

You are here: Home › 40K › Editorial › Modeling › Frontline Gaming gets a review from Green Stuff Industries! 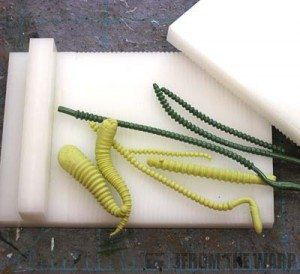 This Green Stuff tool is an awesome way to customize your models!

Rich from Green Stuff Industries came by our shop a few nights ago and put up a blog about his experience at our shop.

Rich was a super cool guy and some of his conversions were amazing! Really impressive kit bashes and  scratch builds with extensive Green Stuff work (as you would expect). We’ll get more pictures as soon as we can of some of his really great work. We are also discussing teaming up with him for our painting service to be able to produce custom models for clients! Now that would be awesome.

Here is his review and a picture of one of his units of Obliterators.

This week I dropped in on Frontline Gaming in Martinez, California.  I showed up sorta late to catch a 40k game but I did get to hang out and talk to one of the owners, Reece, and a couple of the regulars, Tim and JP.  These guys are real enthusiasts and helped re-energize me on the gaming side of 40k.  I haven’t really played much and to be honest, it’s a daunting thing to just show up at a store and start a game with a complete stranger when you are a relative noob.  But, these guys treated me really well and I’m looking forward to getting back there next week and getting my ass handed to me (repeatedly).

They really liked the models I brought, especially the Oblits I blogged about last week, and offered me a guest post.  That just blows my mind.  Now I just have to think of something to write about.

Frontline is a smallish store, which is understandable because what primarily drives their business is their custom terrain and painting service along with their “Table in a Box” products. They are currently working on a very large Necron army for a customer and it looks stupendous!

There were plenty of kits in stock, including a rare-ish Space Marine Megaforce.  All at what looked to be 20-30% off MSRP!  They also allow customers to come in and use the store paint at their painting table as well as use the onsite airbrushes, provided the users chip in for the paint and keep things clean and well maintained.

The two tables they currently have set up looked good and have plenty of interesting terrain.  They have what looks like hundreds of first-rate terrain pieces due to the Bay Area Open tourney they organize.  So if you’re not feeling what’s on the table at that moment, just ask to see what they have at hand and chances are, you’ll find something that will make your game interesting.

The thing I liked most about the store was it felt less like a place of business and more like a comfortable game room where you and your homies can kick the hell out of each other on a regular basis.  To me, the vibe at Frontline is what tabletop gaming is all about.  If you live in the East Bay Area, you should probably make a point of dropping in to see what Frontline has to offer.

These Obliterators were just awesome looking!