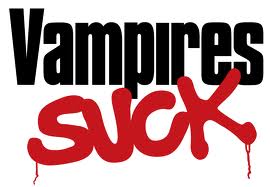 Raw Dogger is back with another Blood Angels piece.

I would like to begin this article with a clarification.  The intent of this series isn’t to point out that the Blood Angels are a horrible army.  That is far from the truth.  These articles are merely written to ask a question.  Why do so many people take Blood Angels to tournaments?  Certain readers of the previous article made some passionate (and potentially valid) arguments that Blood Angels are NOT the majority army taken to tournaments.  While this may be true in whatever town said readers live in, it is not the consensus of the tournaments we at Team Zero Comp go to (all over California) or the major tournament reports given by such sites as Blood of Kitten or BOLS.  If there is one thing I want to impose in this little prelude to the article, is that I not saying that Blood Angels are a terrible army.  In fact, I think they are actually quite mediocre, at their best! This is an army that does not have the tools it takes to win major tournaments.  Are there exceptions to the rule?  Sure!  If you take a well tooled Blood Angels list to a tournament comprised of Noobs, fluff bunnies, or Eldar players, you are more than likely going to win.  If you want to point out that win in the comments section below, feel free!  Just remember the immortal words of Julius Caesar, “hate the game not the player.”

Without further adieu, here are the unique characters of the Blood Angels and why they STINK!

Commander Dante:  Reputed to be one of the oldest Space Marines alive, Dante has been kicking ass and taking names for more than 1,000 years.

Pros: Dante lets you nerf an opposing character to the tune of -1 WS/W/I/A which can be a benefit if you are facing an army lead by a real buff guy..with no shirt on..doing pushups..mmmm.  He also lets a squad he is accompanying deep strike without scattering and confers the hit and run rule, both being valuable tools to employ.  Dante is no slouch in combat, boasting 6 weapon skill 6 attacks on the charge with a master-crafted power weapon. He also has a death mask or something stupid like that.

Cons:  The oldest Space Marine in the galaxy who is NOT an eternal warrior and is NOT fearless? FAIL.  The dude is toughness 4, so I hope you can take a punch!  A powerfist punch, that is.  He is also strength 4, which means you need to have a priest around (more on them later) to get up to strength 5, and that is only on the charge.  I don’t know how many times this dude and his squad lost combat, fell back, and were run off the table by a rhino.  I’ve also had Dante being the lone survivor of a combat, fall back, and then get hit by a krak missile, instantly killing him.  Fine work there, Lou!

Pros: Who cares, no one plays Seth.

Astorath the Grim:  The High Chaplain of getting high, this dude flies around the galaxy on his righteous wings, chopping the heads off of those who succumb to THE BLACK RAGE (read this in a deep, spooky voice).

Pros:  You get the Red Thirst on a roll of 3 or less, making an assault army just that much more awesome.  He makes the 0-1 Death Company restriction disappear. He also has all of the normal Chaplain things such as making his unit Fearless and letting them reroll hits on the turn they charge.  He has a wicked weapon that goes by the name of The Executioner’s Axe, which is an electric guitar that takes away invulnerable saves, which is pretty cool.

Cons:  He is expensive, coming in at 220 points.  Yes, he makes it so that the Death Company can be taken in more than one unit, but the Death Company suck, so who cares? (See Death Company in next article)  The main problem with Astorath is that he costs so many points that you can’t take any of the other, better, expensive characters, such as.. 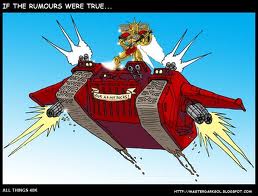 It's good to back in Chicago, yeah!!!

The Sanguinor:  Is it a bird?  Is it a plane?  Is it Sanguinius’ righteous rage incarnate?  Who cares!  All we know is that he’s a dude, he’s gold, and he kicks a lot of ass!

Pros:  Much like Dante’s nerfing power, The Sanguinor has a buffing power.  He gives a random sergeant in your army +1 WS/W/I/A.  I don’t know about you, but having a two wound Sergeant with a Thunder Hammer IS pretty sweet.  He also calls out an opponent’s Independent Character before the fight begins and gets to re-roll all to hit and two wound rolls, much like when Macho Man Randy Savage called out Hulk Hogan on his hit rap song “Be a Man (Hulk Hogan)”.  He also gives +1 attack to anyone within 6”, has a cool sword, and a 3+ invulnerable save and is an Eternal Warrior.

Cons:  He is a 275 point, 3 wound, toughness 4 NON-INDEPENDENT CHARACTER.  Unless you are playing an opponent that lets you pretend The Sanguinor is invisible, he is going to get shot by 20 lasguns and roll 3 ones on the second turn.  Should have had a V8, punk!

Mephiston, Lord of Death:  Here he is folks, the man you’ve all been waiting for. Surely, Raw Dogger can have nothing bad to say about THIS guy!  He’s THE LORD OF DEATH for cris’sakes!  He is the only Blood Angel who succumbed to the Black Rage and said, “no thanks, I won’t be having any of that today!”   And do you know what, I almost agree with you.  NOT!

Pros:  This dude is a walking tank; he is a toughness 6, 5 wound model who, when combined with Feel No Pain (again with the Priests?), presents a credible threat to an opponent’s army.  He is extremely fast, has a psychic power that lets him move like jump infantry, has fleet of balls, and in combat he is unsurpassed with multiple psychic power buffs on top of his already incredible weapon skill 7, strength 6, Initiative 7.  Basically, this is a Space Marine on God Mode.

Cons:  My word, where to begin?  Take a deep breath, Raw Dogger, there are children present.

To start with, the dude is not an independent character, meaning on top of his hefty 250 points you need to invest in some sort of protective ride, usually a 200-245 point Storm Raven, which means your investment in looking cool now costs around 500 points.  Congratulations, that is 25-40% of your total point allowance depending on how many points you play.  Why does he need a transport if he is toughness 6 and has 5 wounds?  Just have him hug cover.  Really?   I never thought of that.  FALSE.  While he is a bad ass, he runs into the same problems as The Sanguinor, the fact being that he WILL fail 2+ wounds.  And if your opponent is any kind of a player, he is going to shoot the shit out of that model with everything he has.  Try and make 60+ saves, dork!  Torrent of fire will get you every.single.time.  Oh, btw, he doesn’t have an invulnerable save.  ORLY?  Yes, really.  I should just stop there and let that fact soak in.

A 250 point model that does not have an invulnerable save.  Seriously.  But I won’t, because there is one more little thing that makes this guy go from hero to zero faster than a Brock Lesner at a victory party.  Mephiston’s entire premise, his whole reason for being on the table in the first place, is entirely reliant on his psychic powers.  He is countered by any competent psychically defensive race you will encounter.  Also, the odds of periling when rolling for three psychic powers per player turn is fairly high, which will lead to a fairly high incidence of Blood Angel player whining and crying, which is not fun for anybody.  Back to the drawing board!

Captain Tycho:  Once the flyest b-boy on the block, Tycho took an arrow to the knee and was never the same.  He’s also dead.

Pros:  Tycho has two different stat-lines.  The first is when he still led his company as a Blood Angel Captain.  He has the cool thing that Black Templar Marshals have where anyone on the battlefield can use his leadership 10, but with the majority of the leaderships being 9-10 anyways, it just doesn’t really matter.  He also has a cool master crafted karate chop attack that ignores armor saves.  As the insane, Death Company Captain, Tycho loses leadership and gets fleet, as well as the normal Death Company stuff.  At 175 points, he is the cheapest of the Blood Angel named characters so might not be a bad dude to take, if you have the points. Plus, angry Black Tycho can’t join a squad….nuff said.

Cons:  Yawn.  While Tycho does have some cool fluff behind him and might be the only character in the game to have two different statlines, he is still just a Space Marine Captain with a cool gun and a Michael Jackson glove.

Next Up?  The rest of the unique Blood Angel units and why you..I mean they…stink!

What do you guys think about Raw Dogger’s latest BA thoughts?