40K Editorial: Snatching Defeat from the Jaws of Victory

You are here: Home › 40K › Editorial › 40K Editorial: Snatching Defeat from the Jaws of Victory 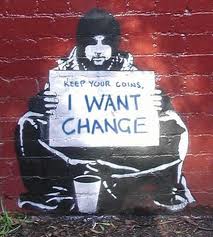 The Gentleman of 40K shares more of his thoughts on what it takes to win at the fine game of 40K!

Greetings and Salutations! this is Luis, Brother-Captain Pancho on the Forums, or the name I prefer: the Gentleman of 40k. I am here to bring another article to the most civilized website on the internet: Frontline Gaming.

I am going to talk about the new Imperial Armor Apocalypse Second Edition Book that those merry old chaps at Forgeworld made. I dare say they made an amazing and perfectly balanced book for all the masses to enjoy, even the plebeians and rough necks. They went and made certain units now playable in regular games of 40k! like the amazing Contemptor Pattern Dreadnought and the Land Raider Achilles. What fine units those are, top drawer, I say!

At first I feared they would throw the balance of Warhammer 40k out the window leaving naught but chaos and turmoil in its wake, but after giving a good read through and actually play testing some of the units I determined it was really quite a balanced book. A civilized gentleman of my caliber saw that it brought fresh air to the game and changed the whole dynamic of the tournament scene.

There are some people who are complaining though, and even going so far as to say these units break the game, however I see those people as uncivilized and uncouth barbarians afraid of change. For example I have played with and played against said Land Raider Achilles which is making such a fuss, and I feel that the unit is neither overpowering nor broken because there are many units in 40k that can deal with it.

Here are some of the reasons why I feel that it is not overpowering: one, it is 325 points! This can be well spent in other slots. Two, my Imperial Guard have many options to not fear it with my Manticores, Las Cannons and dashing good looks! Well, they certainly are deadly with the ladies! Finally three, a gentleman who has mastered the art of 40K should have little trouble playing around the unit.

Furthermore, I feel that the races that needed a boost got it in this fine tome. My first example: Eldar got a tremendous boost with their new tanks, the Wraithseer and Hornet. Tyranids got a well deserved boost with the addition of Malinthrope, as those gribbly little beasties most surely needed. So, all and all everything is well in the 40k universe, many may feel opposed to my article but to those nay sayers I say we can resolve our dispute as gentlemen: pistols at 10 paces!

This is Luis signing out.

I’m of to drink some more tea and be merry! Cheers and happy holidays!

9 Responses to “40K Editorial: Snatching Defeat from the Jaws of Victory”