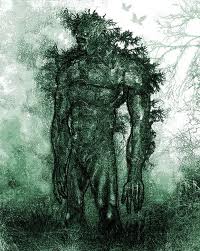 I will go over tactics and why I think Chaos Space Marines are still a very competitive army.

My list is based around the super tough Nurgle troops called the Plague Marines. They are so resilient because they are 4(5) toughness with a three up armor save and a four up feel no pain in case they fail their armor save. The Plague marines also have blight grenades which are defensive grenades, the blight grenades are however supposed to be heads filled with disease and such that they throw at you when you try to charge them (kind of like monkeys throwing there feces at you). These form a solid troop choice that really anchors the army and are great at both scoring and holding objectives and not dying in Kill Point Missions. Being Fearless means these guys have to be wiped out to the man.

Another huge part of my list are the Deamon princes, which are my hammer units because they are big toughness six monsters that hit like dump trucks. I prefer them over Lash Princes of Sorcerers because with Warp Time, they can just dice enemy units up without much trouble and can often walk through units that would otherwise cause a Daemon Prince trouble.

The firepower in my list is coming to a theatre near you from the mighty obliterators, which I believe no chaos list should leave home without. Obliterators are an incredibly good unit, they can choose what gun they want to fire each turn and have a power fist in close combat. They form a rock solid fire base that opens transports, or drops big targets before they can become too much of a threat. I do have to be worried about instant death though, as they are only toughness 4.

The chaos codex has a lot of great units in it that while not all are standouts, most of them are a lot of fun. Some of these are Khorne Berzerkers which are an awesome close combat unit with weapon skill five and three attacks base. Cool right? Then you look at their twenty-one points a model and think, well crap! Their weapon upgrades aren’t so hot either, with only two plasma pistols (3 if you give one to the Skull Champion) which really isn’t much to kill the vehicles you need to open up to charge the units inside. They aren’t so hot for holding objectives either, as they are a unit that wants to be charging the enemy and chopping them into bits!

Another unit in the chaos codex are the mighty Tzeentch Thousand Sons! An awesome unit with AP3 bolters and a four up invulnerable save  at all times is pretty awesome, but they still die to small arms fire like a regular marine.When you look at their other rules and war gear, plus slow and purposeful, they do seem pretty lame. No close combat weapon and bolt pistol so they only have one attack in close combat. Awesome. I’m glad I’m paying twenty-three points a pop for these guys. AP3 bolters are cool and all but with the game the way it is right now everything gets a cover save which kind of defeats the point of ap three bolters.

There is one more chaos god unit that I have not mentioned yet and I don’t even want to get into them because they are really that bad in my opinion and that is the Noise Marines. what a flop. I would not spend the points on that unit since you have to pay extra points to upgrade all their guns to sonic blasters. You can give them a Blastmaster or Doom Siren to make them better, but still, they are way over costed.

So in my opinion the most competitive build for chaos right now is the Plague Marines as troops (big surprise!) because they’re tough, no more expensive than the other marked troops and they can kill stuff with shooting and close combat. In the next article I will give you a unit break down on my army and what each unit is supposed to do in a game and how I still manage to beat top tier armies with Chaos, when the internet will tell you they stink.