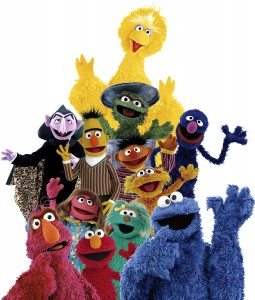 Big Bird and Pals, terrors of the warp!

This is the second in a multi-part article about playing Fatecrusher Daemons according to Italiaplaya. Part 1 can be seen here.

Will here, back again with more Daemon tactics. This week I’ll talk about what big bird and his homies bring to the table. Unit by unit break down, and how their synergy together makes my list the monster it is on the table. I’ll work my way down my list starting with the man himself and the HQ selection: Big Bird.

Strengths–  Has every Tzeentch gift base. 3+ Invul. Flying. BS5 shooting. Can target 3 different units, and choose to assault any one of them. Gives all units within 6 inches re-rolls on all saves, including himself (apart from FNP). He is the business.

Weaknesses– Of course, it can’t all be good. T5, 3 wounds. For every unsaved wound he must pass a LD test at his leadership of 9 or else he is removed from the game. 2 attacks base, low WS, I, Str. And he is very expensive.

Overall- What he brings to the table out weights all his negatives. He’s meant to be a force multiplier, so treat him that way. Leave him close behind your lines. Keep him out of combat as much as possible. And always, always make sure he’s within 6 of your key units.

Synergy- Supporting Bloodcrushers is his main roll in the list.

Strengths–  3+ Invul. Very annoying near Fateweaver (as his 3++ becomes rerollable). Flying, T6, 4Ws, 3As. Holds his own in assault, can tie up small elite units. BS5 shooting. Comes base with some good shooting gifts.

Weaknesses- For what he is, he’s pretty expensive. The more gifts you give him, he creeps up or even exceeds Fateweaver’s cost. No grenades (then again most daemon units don’t have them anyways.)

Overall- His added annoyingness alongside fateweaver is great. He’s an effective counter assault unit to throw along with crushers, and to soak up shots. He can hold his own alone if needed, so don’t be shy about sending him away from the pack.  Good also has good shooting, which the list lacks.

Synergy- The lord of change can fill a lot of gaps in this list. He can help out other units as a counter assault unit. He can also be a Mobile firing platform. He can even branch off, and help out in other areas of the field. (protecting Plaguebearers in the backfield, or rushing forward up a flank)

What do you think of these HQ choices? Have you all seen any other effective combos with Fateweaver? Will has also tried Tzeentch Chariots and found them to be fairly effective as well.