40K Interview with Mike Tangney: Footdar, the Madness is Spreading!

You are here: Home › 40K › Editorial › 40K Interview with Mike Tangney: Footdar, the Madness is Spreading! 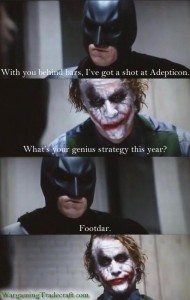 This article is a summation of an interview I conducted with Mike Tangney about his Footdar and experiences with the list in the Irish/European meta.

Mike Tangney is a friend of mine and gaming buddy. He is also the captain of Ireland’s ETC (European Team Championship) team and a fantastic 40K general. We met playing at a tournament in the Bay Area as he frequently travels to California for work, and when he does so, he likes to attend local 40K events.

After a tournament at Games Workshop Alamo, where I was playing my notorious Footdar Eldar army (which can be seen here), it caught Mike’s eye. He thought it looked like a fun and challenging way to play 40K, as well as effective in the right hands.

After seeing how well multiple Footdar lists did at the last ETC (Greg SParks from team USA went undefeated with his Footdar there, quite the feat) Mike decided to play them in the Irish competitive circuit.

After play testing the army extensively to get a feel for what units he liked and didn’t like in the codex, he took them for a spin at the Irish Grand Tournament. He took second place. First place? Footdar as well, piloted by a player from Germany’s ETC team.

So, perhaps the rumors of Footdar being the red-headed step child of the competitive scene were over exaggerated, as things on the internet tend to be. Greg Sparks won Da Boyz GT last year with them, and Blackmoor has placed well in and won several events with his Footdar. This humble editor has also won several events with his Mighty, Mighty Footdar. So what is the key to making this highly specialized army work? Why do so many find it to be a terrible army when it appears that some players not only can play the army, but win with it consistently at the highest levels of competition? 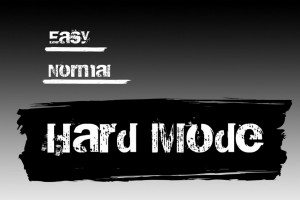 Much like Tyranids, Necrons, or similar style armies, playing Footdar is playing the game in Hard Mode. It is an unforgiving army where mistakes are punishing, but skilled generalship can yield fantastic results. As Mike said, it is an army that has the tools to take on anyone.

Mike’s army is built around the familiar Eldrad/Avatar combo to provide a fearless bubble and counter assault, the best psyker defense in the game, and fantastic buffing abilities.

Mike, like Greg Sparks, leads his troops with a core unit of Wraithguard. 10 as a troop choice with a Warlock with conceal and singing spear, and Eldrad attached. This unit can play wound allocation games, is highly resilient, and deadly at close range. Mike  feels that this unit provides an anvil unit to build the list around, and a reliable scoring unit that has little to fear from anything but massed strength 8+ shooting, or high strength power weapon/rending close combat attacks. With Fortune and intelligent model positioning, Mike says he is able to mitigate most threats in either shooting or assault.

The second auto-include unit Mike brings are his Harlies. Harlies are absolutely brilliant in Footdar lists (I never leave home without 10 in my list) and Mike runs his 8 strong with Kisses and the obligatory Shadowseer. This unit plays free safety, going where needed to fill gaps. It can serve as an invisible screen, counter assault unit or aggressive attacking unit.

Mike says he then typically runs 2 units of Guardians, one with a Shuriken Cannon, the other with a Scatter Laser. One of which typically has a Warlock attached with Embolden. These serve as wonderful distraction units, charge blockers, objective hunters and as minor damage dealing units. Mike reports that they are more often than not underestimated and have won him the game on multiple occasions.

Dire Avengers are his next troop choices, typically with Exarch with a Shimmershield and Defend. This unit serves as a charge blocker, and is surprisingly effective in that role. With invulnerable saves, and taking attacks away from the enemy, they have been able to fight their way through units that Mike feels no one would expect, such as terminators. He also points out that this unit is better equipped to absorb fearless wounds than Harlies (as they will typically be in the Avatar’s fearless radius) as they have a better save. The Harlies can then come in and clean up the attackers with a devastating charge, typically combo’d with Doom.

Mike has not had good luck with Rangers/Pathfinders or Bikes. He stated that whether this was due to a lack of skill on his part, or just plain bad luck, he didn’t know, but that those units just didn’t perform well for him.

Rounding out his list, the heavy support choices bounce back and forth between all War Walkers and a mix of Walkers and Wraithlords. Mike leans towards a mix of 2 Walker squadrons and 1 Wraithlord. Unlike the typical load out, he often puts a single Shuriken Cannon (in addition to the standard Scatter Lasers) on one of this Walkers to absorb damage. His second squad runs 6 Eldar Missile Launchers, which is a very powerful, if expensive unit. The Wraithlord runs with a Bright Lance, dual flamers and a Wraith Sword and serves as the AV14 hunter, and counter assault unit.

Mike is also experimenting with Fire Dragons, which he has found to be excellent. The Exarch with Fire Pike and Tank Hunters is, as he calls him, a hero! The increased save, BS, range, and ability to ignore cover makes him as valuable as the squad in many cases. Mike has also dabbled with using Karandras, but has found the results to be disappointing, stating that he wasn’t able to deliver enough in Mike’s list to justify his cost. 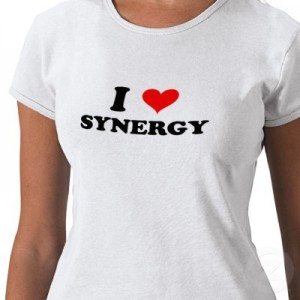 Careful orchestration of your units is what makes Footdar work.

Mike has found that any power armored army lined up across the table form him is no problem. Particularly Grey Knights fall to the might of the Footdar as Runes of Warding are brutal against Mat Ward’s favorite sons.

The key to the army is in using all of the units together to magnify their buffing abilities to create a whole that is greater than the sum of its parts. Footdar are comprised of individually weak units that are able to play off one another and take on lists that would seem to be overwhelmingly more powerful. Mike stated that the need to deploy well, and gauge distances were particularly important. Footdar are most deadly within 24″, but also vulnerable if the enemy gets into that range first. Timing was critical, as Mike stated, and required a great deal of foresight in order to pull off.

The match-ups he found to be bad were Venom spam Dark Eldar and Leaf Blower IG. Venom spam is brutal as their speed, range and poison weapons are designed to shred infantry lists. Leaf Blower IG are tough as they can throw out large amounts of template weapons at long range, which are the bane of any infantry list. In these match-ups, Mike has found that often the key is to run and hide like a true Space Elf, playing for the tie!

Mike has found the army to be viable in a competitive setting, but especially good in W/L/D format tournaments as he rarely has crushing victories with them. In a battle point system where crushing victories are necessary to win, armies like Footdar may not fair as well as they don’t pull those kinds of wins as often.

As an avid Footdar player myself, I have found many of the same issues to be true. It is an army that is widely underestimated, but in good hands can and will win games. It is slightly vindicating to hear of so many other players having success with the army after all the net hate, but hey, the internet is full of haters and that just makes succeeding with them all the more satisfying!

Thanks to Mike for the interview and best of luck to team Ireland at the ETC! I look forward to seeing how their Footdar player fares.

4 Responses to “40K Interview with Mike Tangney: Footdar, the Madness is Spreading!”