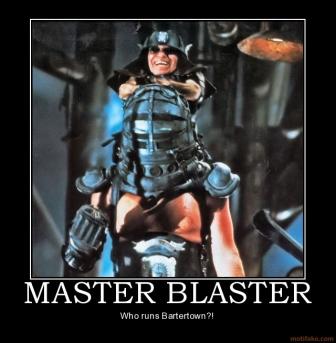 This is an article written by Frankie about his tournament winning Space Wolf list. It will also cover his progress creating the army (this is the second iteration of the mighty force!).

Unless you’ve been living in a cave with Osama for the past few years, I’m sure you’ve heard of the mighty Thunderwolf Cavalry from the space wolf codex. This article will focus on my Space Wolf list that is based around toughness five cavalry that hits harder than most units in the game. These lists are often referred to as “Wolfstar” lists, my list, however, is (jokingly) called “The Thunderdome” and is based around three decked out, two hundred and seventy-five point HQ’s riding thunder wolves, with a two up armor save and a three up invulnerable save along with two little Fenresian Wolves also known as cannon fodder. They ride with a unit of three thunder wolves all with storm shields, wound allocated out so that the lords can join into a diversified unit to maximize their durability. The unit is beastly: toughness five base, multi-wound models with predominantly four strength five base rending attacks. If that weren’t enough, I am extra mean and take Thunder Hammers on three of the guys in the unit. STRENGTH 10!!!! The unit has ten wounds, six of which are reserved for strength ten shots that would otherwise cause instant death to my space puppies. The Cannon Fodder wolves and Saga of the Bear lord, along with plenty of 2+/3++ characters means that no matter what comes into the unit, I can disperse wounds to keep the Thunderdome alive and kicking for as long as it takes to get them into combat, where they smash most anything.

I also am trying a new unit in the army because I found that the thunder wolves can only take so much flak fire before they start falling apart (and loads of small arms fire is their Achilles heal). I added Logan Grimnar in a Drop Pod with six long fangs, five of which have Multi-Meltas. The reason is I drop that unit in the opponent’s face first turn, is to kill a couple tanks (with Logan’s ability to grant relentless and the Long Fang’s Splitting Fire) or go after one of those pesky units that hide on the top floor of a building. It will usually buy my thunder wolves one or two turns of free movement while the opponent has to deal with that expensive throw away unit. The rest of the army is very small with two five man Grey Hunters as my troops, one in a rhino just bare bones with flamers because flamers are free for Grey Hunters, and one unit of five missile Long Fangs to hopefully kill one or two transports before the Thunderdome gets across the field to tear up whatever is still alive to stand in their way.

So far the list is standing its own against most army’s and tearing apart a lot of others. I will follow up this blog with a couple of reviews of how I fight against certain armies with this list, along with a hobby blog of my progress making the list.

SO WELCOME TO THE THUNDERDOME!

-saga of the majesty 15pts 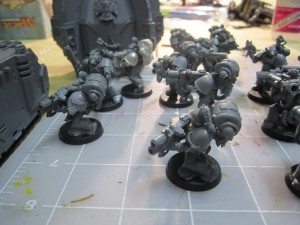 Multi Melta death from above! 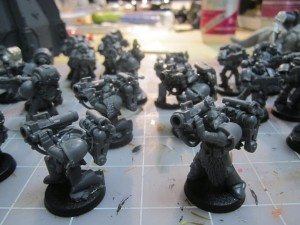 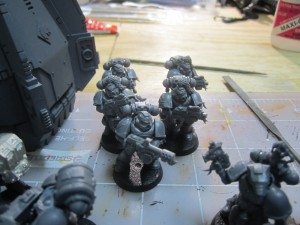 The scoring units...not many of them! 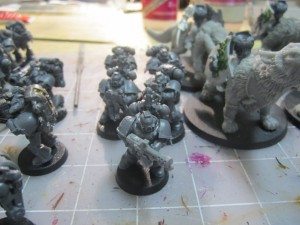 annnnd the other 5 scoring models! 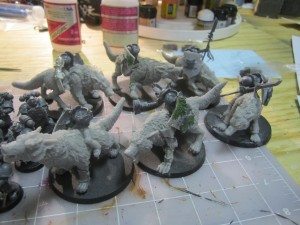 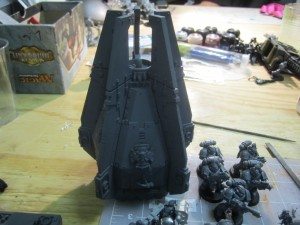 What do you guys think about the list? See any flaws or weaknesses?

4 Responses to “40K Space Wolf Tactics and Army Blog: Welcome To The Thunderdome!”