You are here: Home › 40K › Editorial › The Lost Art of the Written Army List

Hi everyone, Michael here with my thoughts on the seemingly lost art of the written tournament army list. For more reviews, analyses and battle reports, check out the Tactics Corner.

Obviously, the following post is my own opinions and do not represent the views of Frontline Gaming or the ITC. No TO’s were harmed in the making of this article.

This past weekend I attended a 40k tournament. It was a great day, with some great games of 40k and a chance to meet up with some blogger friends and meet new gamers, but it did bring up one of my pet peeves from tournament play. I played three games of 40k and not a single one of my opponents had a written copy of their army list. 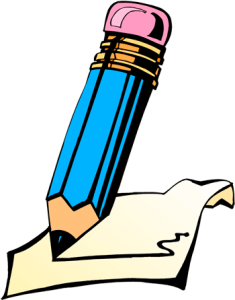 Before each game, I asked my opponent for a copy of their army list. In all three games, I was handed their phone with a Battlescribe document. Now don’t get me wrong, Battlescribe is a fantastic program. I use it and it is really good for building an army list. However, trying to figure out an army list on a phone from it can be really difficult. You need to click on each option and scroll through each option to find out the specific wargear for each unit. It can be very easy to miss essential wargear or remember what models have meltabombs, etc. Plus, throughout the game, if you need to check something, you need to ask your opponent to pull out their phone and open the document. A lot of times your opponent will say “Oh, its ok, I know my list”. I don’t think they are ever lying, but mistakes can be made and you feel like you are calling them a liar every time you ask to check. Also, what happens if your opponent’s phone or tablet runs out of battery? It is also unlikely that I would be allowed to keep the phone/tablet during the game to refer to it. What if it was to get knocked off the table and break?

This is not something that is very unusual for me these days. Out of the 16 players at the event, I think I only saw 2 or 3 written army lists from other players. Indeed, for most of the tournaments I have attended over the past two years, having a written army list is a bit of an anomaly and I am generally surprised if my opponent does.

I started playing 40k during third edition. My army lists are based on the army rosters that were provided in the back of the third edition rulebook and the battle reports around that time. For tournaments, my army list is an Excel sheet that I have made. It consists of the units in the army, their wargear and the characteristics for each unit (WS, BS, etc.). It also includes a weapons profile for all the weapons in the army list.  This gives my opponent almost all the information they will need from my army. I generally bring 5 copies to the tournament; one for me, one for the TO and one for each of my opponents (assuming a three-game event). This is obviously an extreme version of the written army list and I would not expect everyone to do this. At the bare minimum, I think it should include a list of all the units, their unit size and the wargear. 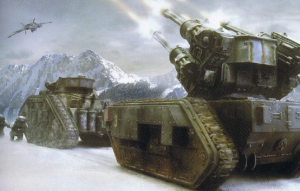 What brought this topic to mind was during my second game at the tournament. I asked my opponent for his list. He told me it was on his phone, but that everything was WSYWIG (What You See Is What You Get). He was running a tank-heavy Astra Militarum army, and being a Guard player myself, I was pretty confident with what was in the list. On my first turn, I fired at his Wyvern Squadron, causing two penetrating hits. He went to roll his cover save.

“5+ for being obscured, +1 for Night Fighting and +1 for Camo Netting”

“What Camo netting? I thought everything was WYSYWIG?”

“Oh yeah, the Wyverns have camo netting, I forgot to mention that. Oh, and all the vehicles have Dozer Blades too”. This, despite no modelling of any Camo Nets or Dozer Blades. My opponent was a great guy and we had a brilliant game. I don’t think he was intentionally trying to deceive me, but these sort of mistakes can happen and we were fortunate that it came out in turn 1. 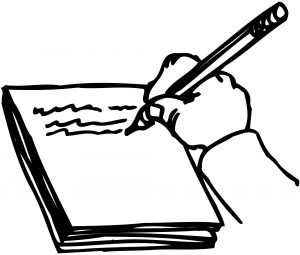 Most tournament rules packs state that a copy of your army list for your opponent is required. Why is ignoring this rule ok, when other rules must be followed? I doubt my opponents would be happy if I decided to ignore the rules on maximum points values or number of detachments allowed.

Had I given each opponent a sheet of paper and pen and asked them to write out their army list, would they have thought “What a dick, why do I need to do this?”. I probably would have felt this way asking them to do this, so I end up writing out their list myself. I have now gotten to the situation in most tournament games where I am the one providing a copy of both my own and my opponent’s army list.

I think that if a paper copy of the army list is a requirement, it should be followed. Should penalties be imposed if you don’t have one?

This only really applies to tournament play for me. I have absolutely no problem with phone lists at a local club or casual games.

So next time you attend a tournament, please have a think about your opponent and bring a paper copy of your army list. It doesn’t even have to be printed if you don’t own a printer, just a legible hand written copy is fine.

So, what do you think of written tournament lists? Is it something you bring along or is everything paperless these days? Should there be penalties if you cannot provide your opponent with a copy of your army list that they can refer to during the game?

27 Responses to “The Lost Art of the Written Army List”

Leave a Reply to HotSauceMan