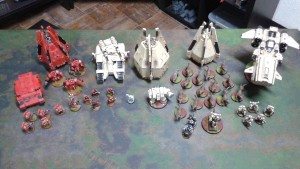 So, we’re coming up on Adepticon and I am very excited to go and get some challenging games in against a variety of skilled opponents! I’m bringing a wonky list, as I like to do, but the field at Adepticon traditionally has a bit of herd mentality, with the majority of players bringing the latest top list. 5th ed it was Missile Wolves and Leaf Blower, then Grey Knights when that book dropped, followed by Necron Air Force as far as the eye could see, then Flying Circus, Wave serpent Spam and now we come to the age of the Spider and Wraith Knight!

I had planned on bringing a counter meta list of Raven Guard with Skyhammer which is really good vs Eldar, however I got tangled up with the age old tournament gamer’s dilemma: I couldn’t get the models painted in time! Doh! So, I had to go to plan B: what can I bring that requires the least painting that can also function well in Adepticon’s Missions? So, I slapped this hodge podge army together and we’ll see how it goes. 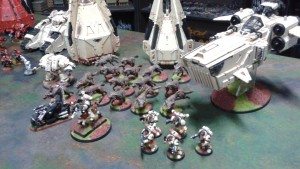 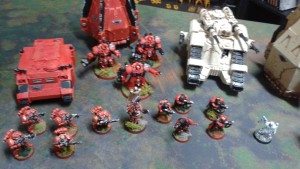 So, it has a lot of good tools, but is low model count. I think Eldar may be a challenge, as they are for most lists, but with a bit of luck I can handle them. I have a lot of deployment options which is critical for a flexible list, allowing me to adopt to changing conditions and early game scenarios. 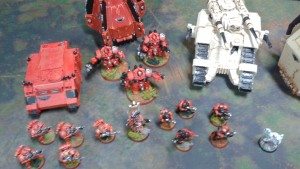 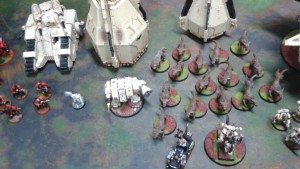 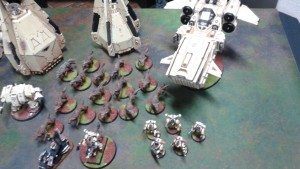 The army has a lot of mobile ObSec, too, which I believe will be critical to Adepticon missions and while I have a few high priority units, if facing excessive D, I can reserve them until my other units can hopefully neutralize them.

It’s going to be a challenge to make this list work (so wish I could have brought a Quad Mortar, le sigh) but I feel confident I can make it work with a bit of luck. We shall soon see!

Best of luck to everyone at the event, I am looking forward to some fun games.

← Signals from the Frontline #420
Frontline Gaming will be down off and on for site maintenance. →

11 Responses to “Reecius’ Prepares for Battle! Adepticon, Here we Come!”

Leave a Reply to Duh_Ruckus