You are here: Home › 40K › Tactics › Captain A’s Top Things I Hate To See Across From Me At The Table

Every army has its weaknesses. The more you play your list, the more you will find those things that can put a damper on your day. This is a good thing in that it gives you an opportunity to think and plan for what to do when you see these things across the table. As an elite, small, psychic heavy, deathstar player I have come to not enjoy seeing these things across the table from me. Let’s take a look.

6. Lots of Warp Dice – I and only I am the psychic special flower! My Knights and Librarians are the psychic masters and no one can be their equal! When I see a lot of warp charges across from me, I get sad as this means I won’t be able to do as many powers as I would like. Smart players will use their large pool of dice to try to shut down one of my key powers.

Counter Tactic – I have to only go for one or two powers and make it statistically improbable for them to shut down any. Or I could got for a lot of powers, not caring if they shut down one. 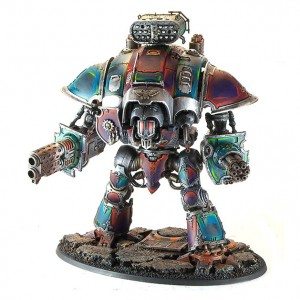 5. Stomps – When I see a super heavy that can Stomp I take a deep breath and hold on. When that unit rolls a 6 and completely neuters my Centstar, I have to hold back the tears as I silently pull of the models that are just evaporated. It sucks losing complete models to luck, but that’s dice for you.

Counter Tactic – The main tactic is to shoot it off the table, putting my Centurions into opposite arcs and shooting into the arc that doesn’t have the shield first, hoping to take it down. I’ll also try to avoid close combat until it only has a few hull points/wounds left. 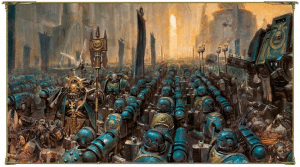 4. Too Many Bodies – Battle Co! No problem bro! Seriously though, too many bodies can be a big problem as I just don’t have enough to take out their whole army. All those bodies can be a hard thing to deal with as they can take the punishment and still score.

Counter Tactic – I’ll try to do a couple of things here. First is to try to kill in as many phases as I can. I’ll use Psychic powers like Terrify, Psychic Scream, Purge Soul, and Cleansing Flame to take out armies. Then in the shooting phase I’ll split fire, shooting Draigo’s Storm Bolter at one unit and the Cents at another so I can charge and possibly multi-charge to impact multiple units. 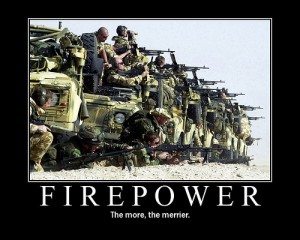 3. AP2 Spam – I built my Centstar and list around the armor value of 2. It’s a blessing and a curse as I really only care about ap2, and some armies can put out a lot of ap2. Grav Cannons, Plasma, Ion Blasters, and other things like this make me grumpy. Even with an Invisible Centstar, every wound that gets through can be painful. Too much ap2 can quickly ruin my armies day.

Counter Tactic – Invisibility is important, but I’ll also try to get another defensive power off if something gets through. Shrouding or Forewarning and Sanctuary are great backups to protect me. Also using LOS blocking terrain to my advantage has helped out a lot as well. I’ll also deep strike into terrain to ensure I have a base cover save. 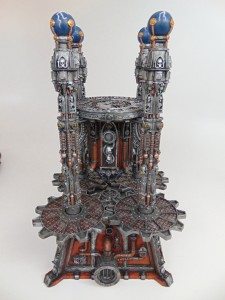 2. Void Shield – This thing is the bane of my Grav centric world. It’s a building darnit! Who brings a building to a gunfight! For those that don’t know, the Void Shield puts out 1-3 armour value 12 shields that protect anything within 12” of the Void Shield Generator model. You have to get through the shield before you can get to the tasty meaty stuff underneath. This has put a damper on my day at the top tables at the last TSHFT.

Counter Tactic – I’ve put in more things to impact that Void Shield. I loved my Hurricane Bolters as they gave me a strong tool against many other lists. I’ve had to go to Missile Launchers to have a better chance at cracking that code. 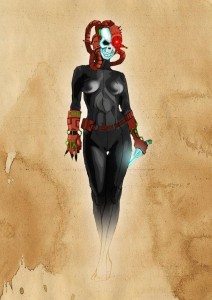 1. Culexus Assassin – This is the single unit I fear the most in the 40k universe as this one model can utterly destroy my entire Centstar. It steals my warp charges, shuts down my powers, and then blasts me with ap1 goodness. I hate this guy and have to completely change my tactics against it.

Counter Tactic – Typically its to null deploy against their army and hope that the Culexus comes on before my Centstar does so I can avoid it. This isn’t what I want to do as I want my deathstar on the table killing things as much as possible, but it is unavoidable against this model.

So there you have it, the things that scare me and ruin my day. I think the big thing to take away from this is that you should be thinking about the things that can really hurt your list and come up with ideas to counter it. It’s better to have some ideas before you get to the tabletop than trying to come up with things on the fly.

What about you? What will turn your game of 40k into a nightmare and what do you do about it?