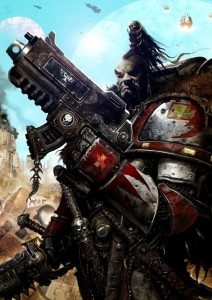 This month we’re taking a look at our first competitive-oriented List Review session, a Battle Company army leveraging Kosarro Khan with a bunch of transports to create a mobile and hard-hitting force. Read on for details and as always, check the Tactics Corner for more articles!

So first off let’s be clear here: I’m going to be a lot more critical of this army because its creator said that he was specifically looking for a competitive army. Casual armies aren’t typically looking to maximize their potential (almost by definition), but in a competitive list that’s a different matter. In the absence of any comments from the originator, I’m going to take free reign with modifications, additions, and unit selections- no holding back for the sake of existant models here.

Battle Company is strong, no denying it- although it hasn’t taken any high-ranking wins as of yet, a lot of armies will struggle to deal with so many transports and I think the army has the tools available to do quite well even against other top-tier armies. However, the build is not without its weaknesses, either; the basic requirements of the Battle Company are quite limiting and force us into taking very specific units in most spots, with only a relatively small number of points for customization when done. Also, while it has excellent scoring and survivability, its firepower tends to be a bit lacking, something we need to keep in mind.

So what about this list in particular, then? Well, to be wholly honest, I’m not impressed. Three Drop Pods, two Flamerbacks, two Rhinos, three Lasbacks; that’s a lot for someone who’s not prepared, but if you look at in terms of firepower that reaches past 24″, it’s not actually all that much- a handful of Lascannons and some Grav weapons on fragile (and Interceptor-vulnerable) platforms. We can certainly do better than this when it comes to getting scads of free vehicles with ObSec.

So the question we want to be asking ourselves are “How can we fill the gaps that the Battle Company leaves in our army?” We have plenty of detachment slots (the Gladius only uses one) and roughly 600pts when we look at trimming things down, so we certainly have options. So many options, in fact, this article- even long as it is- cannot possibly begin to cover them all. Instead, I’m going to narrow it down to a couple questions and try and work from there. First of all, do we want to bring a hard-counter to any lists? We have several strong tools (Vindicators vs. Orks, Culexus vs. deathstars, Firebase vs. reserve armies, Ravenwing vs. shooting armies) that we can use to bring strong counters to things. However, whether or not we need these tools is something that can be difficult to judge- and that being said, I’m going to steer away from that path, but those following along with builds of their own would do well to remember the option exists. Second, do we want xenos allies? Necrons can provide long-reach scoring units, Tau can bring Ignores Cover, and Eldar can bring Str D and Str 6 shots galore, all of them at reasonable prices. Eldar and Tau especially are ripe for inclusion here and could seriously shore up some holes, but they also mean some potential losses in synergy for the army which may not be worth it, so we’re going to set those aside for the moment. Third, do we want to include a CAD or other detachment to bring in additional Marine toys? There are several units (including Thunderfire Cannons and the various and sundry Forge World toys) that a Gladius does not have easy access to; being able to include them can be a major boon to things, though it adds even further to our minimum requirements for the army. Last, do we want to focus entirely on the Gladius itself to maximize the benefits therein? Sticking to your strengths is hardly a bad thing, but the flip side of that is that it usually means ignoring your weaknesses- which can be fatal in the wrong circumstances. While bringing along every possible transport can be amusing, I don’t think it’s our ideal path. 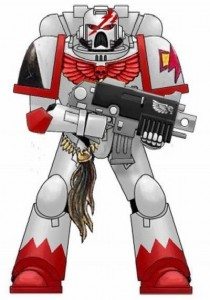 So, as I said before, this list is going to require some serious revision before I give it the stamp of approval. While it does some stuff right, there are a lot of other choices I don’t think are correct. Let’s take a moment to pick at them so we understand which direction we need things to be going.

First of all, the transport choices. Razorbacks, Rhinos, and Drop Pods are all appropriate in their own places and times, but it’s just as important to remember that there are plenty of places where they aren’t the correct choice. The mix of the three is not indefensible, but the choice of loadouts for the Razorbacks is- for the points, you simply cannot beat the Lascannon/TLPlasmagun variant. Having two weapons means that it doesn’t just go silent the first time someone rolls a Weapon Destroyed result on it and when stationary at 24″/12″ it puts out absolutely devastating firepower. At 24″ or less it performs very comparably to the TLLascannon version against nearly all vehicles, making it the preferred variant for virtually any unit that doesn’t need the fire points. Moreover, with Scout on all our vehicles we can dictate ranges almost at will, so the more limited reach on the LasPlas is really not much of an issue. (Also, as an aside, Command Squads can purchase transports- even Command Squads on bikes. So there’s really no excuse for not doing so.)

Second, the armaments and upgrades. Melta weapons on the Tacticals are fine, although the Combi-Meltas may not be as necessary- this isn’t a Drop Pod army, we don’t need to try and maximize our alpha strike and we’re tight on points already. So we may consider them, but they are not an absolute priority. Stuffing Grav Cannons into Rhinos is a good idea… but why do it with Tactical Marines and not Devastators? That feels rather backwards to me, and it’s something that will need remedying. Also, Dozer Blades are often nice, but when you have a metric crapload of transports anyways they aren’t critical (and Scout helps you bypass a lot of terrain anyways.) Why spend 5pts trying to protect a 20pt vehicle? Just buy more vehicles instead, that’s pretty much always the answer. The Command Squad’s loadout is also… suboptimal, to say the least. Power Swords are simply not very good weapons for S4 units, so we’re much better off looking to other weapons (Axe/Maul) to do some lifting for us, along with the characters themselves.

Third, while the 10th Company Task Force is the cheapest of the Auxiliary selections and it can give us some nice little objective-grabbers, it does leave us without any meaningful anti-air firepower- one Heldrake could be a VERY bad day for us and Flyrants, Night Scythes, and Crimson Hunters will be more than a bit obnoxious as well. The Anti-Air Defense Force is a strong contender for things in this regard, although as mentioned previously an Armored Task Force to lay waste to horde units (especially those that rely on cover saves, like Orks) is worth thinking about.

So, let’s look at one possible variations of this list. As I said before, there’s dozens of ways we could do this, but we’ll go over some of the permutations a bit below. 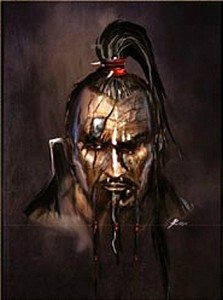 So this version strongly pushes the theme of “all the transports,” although without a lot more testing I can’t say for sure it’s the best version. There’s a few things I’m not entirely happy with- such as the limited equipment on the Command Squad- but overall I think it functions pretty well. Eight Laserbacks supply the bulk of our firepower, along with a spare Bolterback (or perhaps Flamerback, if so inclined) and some Grav Cannons supporting. For enemies that close in (or that require extra oomph) we have an abundance of Melta and Flamers. The Culexus can hide inside the spare transport or behind the others as needed- we could theoretically make it a Rhino to give him a fire point, but I question the necessity. Khan lacks a bike because, to be quite honest, he’s just not that tough in a fight and being “forced” to hide inside a transport often prevents us from making bad choices with him- no reason to give up Slay the Warlord if we don’t have to.

My own iteration of the list lacked the Command Squad and Culexus and instead ran Eldar allies for their abundant S6 and mobility- this definitely gives us a lot more diversity of firepower, although it lacks any real melee component to speak of. (On the other hand, against many armies that simply doesn’t matter as you outshoot and outscore them.) For those worried about Knights and Wraithknights, D-Cannons are an option here as well, though they limit the number of Windriders that can be included.

Another trade for the Culexus/Command Squad I considered was an additional Allied Detachment with a Librarian, Scouts with a Land Speeder Storm, and a pair of Thunderfire Cannons. This version is better keyed to deal with other Battle Companies- the Librarian casting Prescience on the TFCs ensures that clustered infantry will evaporate in a hurry and the LSS makes arrival even by Drop Pod extremely unreliable. The utility of the units is also high against many other armies, as they’re all quite flexible and can function against most any potential target.

Oddly by most standards, I also looked at Ironclad Dreadnoughts as a tool to replace the Command Squad. With dual Heavy Flamers they can cause a surprising amount of damage to many relevant units and five S10 attacks when standing still is nothing to joke about. However, AV13 just isn’t as tough as it used to be, so care has to be taken against some armies to ensure they don’t just die the turn they arrive.

Last but not least, a Skyhammer inclusion was a strong contender for things to give it a bit of shenanigans. Probably replacing some of the Grav Cannons in the Battle Company to preserve points, the Skyhammer gives us a minimal melee element (the Chaplain may very well end up with a Jump Pack in this version) while the Devs give us the firepower we need where we need it. This lets us be more aggressive with the rest of the army to play support and we very well may want to run the 10th Company (with Bolters or CCWs) to support a forward-pushing strategy.

As I’ve tried to emphasize here, there are a LOT of choices to be made when making a competitive list- we have to consider every possible option in turn and determine what its value to us is before deciding whether or not to discard it. Especially with the appearance of allies, this has spiraled into a dizzying array of choices to be made that we can’t possibly explore every one, but I’ve nonetheless attempted to at least present a meaningful slice of them here. I don’t doubt there is a better way to build a White Scars Battle Company, but it will take a lot of testing to find out where the deeper faults lie and what can be done to remedy them. Hopefully this little exploration was useful to our friend Stilgar and to anyone else considering a Battle Company.

← 2015 Season ITC Quarterly Update Poll
Why are many of the 40k assault armies not good at assaulting? →

Leave a Reply to Sadclown