In the Beginning, There Was Daemons 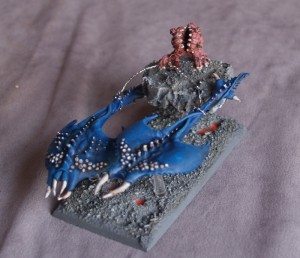 In 40k, things change over time and forces you to adapt what you do or perish. I remember when I first got back into 40k and started a Chaos Daemons army, back when they had to deep strike their entire army and at first things were doing quite well for me. I had actually took a lot of list ideas from Brent at his blog Strictly Average (may it rise from the ashes to begin anew!) as he was doing well with his Daemon force and was writing regularly on BOLS. It was a fun army that I enjoyed as it had a very different play style than anything out there. 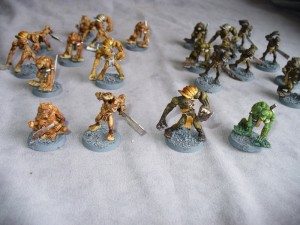 I was having fun, learning, and doing pretty good with the army until two things happened. The (then) new Grey Knights book and Dark Eldar book. Warp Quake was a power that was devastating to me. For those that don’t remember Warp Quake put a 12” bubble around the unit that cast the power and any Deep Striking unit that landed in that bubble automatically misshaped. Dark Eldar had their super fun Venom spam that worked over my Daemon’s low invulnerable save. I loved playing against Marines at that time as my army worked very well against them, but when I had to face Dark Eldar or Grey Knights it was over pretty quick.

Those books came out with some good space between them with Dark Eldar being released in  November 2010 and Grey Knights being released in April 2011. That is a six month window between the two books. Now though, we’ve had Daemonkin, Harlequins, Skitarii, Eldar, Assassins, Imperial Knights, and Adeptus Mechanicus all in the space of a few months. That is an insane amount of change.

For the ITC, there was also change with the allowance of going to three sources which mixes things up even further. I know I will be seeing more things that can kill my Centurionstar very quick in more and more games. Things like the Cullexus Assassin, Webway Portal Wraithguard, Drop Podding Skitarii, and more I’m sure I’m not thinking or don’t know about. So I know I need to change the list that took so long and I’ve become accustomed to play. If I don’t, my army will be quickly invalidated by certain matchups and those matchups will surely become more common. I decided not to change too much as I wanted to keep to my philosophy of playing what I know and learning how to play my list in many different circumstances. The Star needs to stay as much as possible and I would like to keep as many of the Dreadknights as I can as they work as good bodyguards for the Star and synergize well.

So my problems as I see it are two-fold. Deep Striking powerful units that can obliterate or hamper the Centruionstar and scoring in my backfield, especially with the increase in the Maelstrom victory condition. Here is the current list I am playing and hope to see how it works out in the latest meta of 40k. 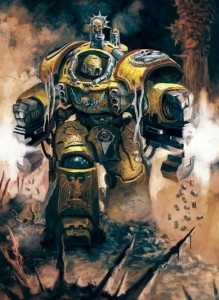 (This still gives me 35 points to play with and flesh out a bit.) 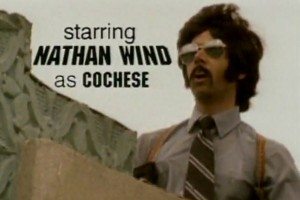 Coteaz or “Cocheeze” as I refer to him shores up the deep striking shenanigans I will see as he as the rule, “I’ve Been Expecting You,” which allows me to make an out of sequence shooting attack at an enemy unit that arrives from reserves and is within twelve inches of Coteaz. I can do this as many times as I want in a turn. This is a huge defense for the star against the short ranged deep striking models that will put the hurt on my precious killing unit of doom. He is also a level two psyker which replaces the two levels I lost from taking out a Strike squad and a Dreadknight. Even more he can go for Perfect Timing if the librarian doesn’t get that or Sanctuary if he does, which will make Draigo’s invulnerable save a 2+.

The Vengeance Weapons Batteries do a couple of different things. They allow me to have some scoring units (fortifications as taken as part of your army count as claimed buildings and can therefore score objectives) in my backfield that are hard to crack. They also put out 2 Skyfire/Interceptor/Twin-Linked Lascannon shots each which shores up the lack of anti-air in my list as well.

Unfortunately, you probably can’t play the same list forever and expect to do well. Things are changing so fast that you will be forced to react to them. I think the key is to try to change as little as possible, unless your whole army becomes invalidated by every new release, which I don’t think will happen too much. Either way, look at the new releases that have come out and ask if they have tools that will obliterate what you are doing then think about what you can do to mitigate the impact on your list too much. So there you have my list ruminations about how I’ve decided to handle the big changes that have come down the pipe in recent months.

How have you changed your list or army to adapt to all the craziness GW is throwing at us?

23 Responses to “Change Is Inevitable: Change Your 40k List Now!”

Leave a Reply to W