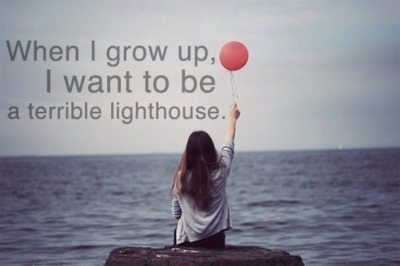 A look at a very underutilized part of the Stronghold Assault book.

Stronghold Assault is not a book most players think about when they are building lists; it suffers heavily from the taint of its companion book, Escalation, in most people’s minds despite actually having very little to do with each other. It’s only relatively recently that tournaments have begun to accept its inclusion in armies with such units as the Void Shield Generator and Promethium Pipes, and much of its content- such as the Aquila Strongpoint and all of the fortification networks- continue to be banned for reasons often best described as arbitrary. However, all of that is a rant for another day- today we’re looking at one of the often-missed gems from the book, the Vengeance Weapons Battery.

Vengeance Batteries are relatively simple at their most basic level; they consist of an AV14 building with 4HP (at least with the ITC FAQ) and each carry a single strong gun. Unlike most buildings, they have no capacity and cannot be embarked upon, nor can other models fire their weapons- the Vengeance always does its own thing, shooting at the closest target (with some caveats we’ll discuss later.) You start with one Vengeance, but as you might guess from the plurality of the name you can upgrade to a second one for double the price, which is the real strength of it- you’re basically getting a two-for-one on your fortification slot without stumbling into the usual “no fort networks” rules that most tournaments enforce. With your choice of either a Punisher Cannon (24″ S5 20 shots), Battle Cannon (72″ S8 AP3 large blast) or twin-linked Icarus Lascannons (96″ S9 AP2 skyfire/intercept two shots) there’s actually a lot of choices to be made, and all of them are pretty equivalent in cost.

I don’t favor the Punisher much, although it’s hardly a bad gun- however, with only BS2 (due to the Automated Fire rules for buildings) and no ability to choose your target, I don’t feel like they really do enough and can far too easily get stuck pinging off of some AV12 vehicle or T6 monstrous creature. The Battle Cannon, though ever so slightly more expensive, is a much better generalist weapon and has a superior range to boot, something that will become much more relevant as we continue on here. As it won’t target flyers/FMCs, the blast is never completely wasted (although of course it can easily miss or hit a small squad where it’s less effective.) The Icarus is not an amazing gun on its own, but as an anti-air solution it’s actually not so bad and can give a lot of things reason to Jink, limiting their effectiveness. Also like the Battle Cannon, its long range (along with its own selective targeting) end up being surprisingly useful in a lot of cases.

However, all of that is secondary to the real sneakiness of the Vengeance- namely, that it is a very cheap AV14 unit that by its nature sits in your backfield pretty much all of the time. Did you catch the important part in that last sentence? In 7th edition, buildings purchased for your army are units like every other and can hold objectives. Early on in 7E there was a lot of crowing about the idea of ObSec Land Raiders and the like, but with a 300+pt price tag that idea does not hold up well in practice. Vengeance Batteries, on the other hand, are practically as cheap as chips (they cost about the same as a Combat Squad) and yet are very nearly as tough as a Land Raider while still carrying relevant guns. Not only that, but they’re available to every army in the game- where Space Marines rarely lack for reliable backfield scoring units (between cheap transports of several varieties, excellent support units, and ATSKNF on all their troops) other factions are often not as lucky, and having access to an AV14 objective-holder can be a really big boon to other codices of all stripes. Of course, no one should make the mistake of thinking that just because it’s tough, it’s invulnerable (Melta, Haywire, and Str D are, after all, kind of things) but a large percentage of weapons simply can’t hurt it, and that is nothing to sneeze at.

And that’s just the raw numerical functionality- as a piece of terrain placed onto the table to your liking, Vengeance Batteries can also serve more subtle roles as well. Don’t think it’s gonna make it through the game? Hide a small unit behind it- though hardly the largest fortification by a long shot, Vengeance are easily sizable enough to conceal a small squad from sight at longer ranges. Of course, Barrage weapons always love a good piece of LOS-blocking terrain as well, and even units too large to hide completely will find them useful to provide cover.

So, which version of the Vengeance do you want? I touched on the advantages a bit earlier, but it’s worth discussing in a bit more detail as each of the three has some advantages.

The Battle Cannon, I think, is the “default” option (even though it is technically an upgrade.) With a good, generic statline and only a minimal extra cost, there’s few targets that it won’t be useful against. The pie plate can put some damage on hordes, AP3 makes elite infantry stick to cover or risk a lot of hurt, and Ordnance means that few vehicles are safe from even a clipping shot. However, it is also the riskiest, as BS2 means that shots will often scatter wide and can potentially hit your own units very easily, especially since you have no real control over where it aims. Some armies also have more than sufficient access to similar weapons such that the Battle Cannon won’t be particularly useful as an inclusion, as indeed its generalist profile can work against it in that sense. However, if you just want something to hold down your side of the table, the long range and strong shots are a hard bargain to beat.

The Icarus version is likely to see use simply because it does something many armies can’t- it shoots down fliers with reasonable efficiency. Although the weak Ballistic Skill is a definite downside (and the steep point cost of buying Magos Machine Spirit for both units in the Battery makes it a non-starter), twin-linked with two shots apiece is hardly worthless. However, take note- the Vengeance has no special targeting rules for its Icarus (unlike the Firestorm Redoubt), so while you may want it to be shooting at that Flyrant that is rampaging through your field, it will still just aim itself at the nearest unit it can shoot. Intercept fire, however, is something of an exception to this and can be used to give you a bit more selectiveness in hitting what you need.

The Punisher Cannon, overall, is the big loser in the comparison. With a relatively short range and weak accuracy, it will struggle to put any damage on most targets; chance are, it plinks off a single Space Marine or three Guardsmen in cover each time it fires, even assuming it happens to be in range. And that’s not even considering the issues with the enemy putting a less-vulnerable target in front of it to soak the shots or simply standing back and letting it be useless. While it certainly lacks some of the issues of the Battle Cannon version (most notably the risk of hitting your own models), for something that you want to be sitting in the backfield and contributing the combination of problems feels rather awkward to me even at the best of times.

All in all, the Vengeance Weapons Battery isn’t an all-star; it’s no Wave Serpent or Flyrant or anything like that. It’s rarely going to blow you away with its performance and it’s hardly likely to draw a lot of attention from most enemies. But what it does have going for it is a solidity and flexibility that can sometimes be very useful to have; it’s as tough as you can ask for at a bargain-basement price while still having non-ignorable firepower, and it can fill a role that many codices find themselves lacking in. For armies that like to get up close and personal but don’t want to just concede half the objectives to the enemy, for armies that are typically rather fragile and want something with some staying power, or for armies that are looking for a support unit that their codex doesn’t cover it can be a very dandy little piece of work and if you don’t mind dropping a few bucks for the kit (or constructing one of your own- it’s honestly not that hard) I’d recommend trying them out. Whether you’re playing competitively and want a creative solution to fill a hole in your list or casually and just want a cool and cinematic little piece that can slot into several different armies, Vengeance Batteries are worth a second look.

Posted on May 5, 2015 by abusepuppy in Uncategorized

Leave a Reply to pretre