Overall on the Case

You are here: Home › Editorial › Overall on the Case

The Case For Overall

In recent years, I’ve seen a decline in major tournaments when it comes to a best Overall prize which includes a combining of Sportsmanship, Painting, and General scores. At one time, Best Overall was the top prize, but somewhere along the way it was pushed aside for Best General being the main event. This seems to be true at least in my area of the NW, and in some of the bigger ITC events that I see around the country. How and when did this phenomenon take over? Should the person with only the best win/loss ratio be the top dog?

The Problem Intensifies with Greed 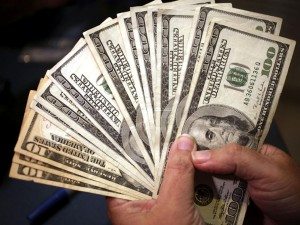 One of the great things that I see about larger events like the LVO, Nova, and Adepticon is the big prizes being awarded. This is very fun and brings a big element of surprise and envy from the attendees, but it can also bring about unwanted problems. Greed can make people do very foolish things and in the chaotic world of a 40k tournament, especially one with hundreds of players.

Just in general I worry about players changing lists between games with a player asking what army their opponent is playing and then choosing from a bevy of lists in their game bag. Ad Lance? List A. Pentyrant? List B. Centstar? List C. It would be hard for TO’s to check on this in our paper and pencil system.

With big prizes like what was seen at the 2015 LVO, there are going to be issues with players gaming the system.

To me, 40k is equal parts hobby, competition, and sportsmanship. I know people that focus more in one of these areas with guys that love the hobby side more, just want to compete, and those guys that just love the game and to throw dice. I feel that these branches of 40k are of equal importance. There is nothing like have a really close game of two fully painted armies with a great opponent.

Of course, there will be those that embrace one more than another, but there is no reason at a competitive event for these things to be equally celebrated. That is why, to me, Best Overall was my personal top prize. The person that could do well in all of these areas is the kind of person I admire and hope to be like. I try to be pleasant to play, give a tough game, and work to make my army look good. I don’t always succeed, but it is something I try to do every game I play.

So what are we to do? Are there any solutions that would bring about a revival of the Best Overall prize? Is there a way to stop chipmunking scores and keep the integrity of the award in tact? At the Guardian Cup, we use a ranking system where you rank your opponents from the top down. You might think this would spread everything around and not work, but every time we have done this, a set of players rise to the top with strong sportsmanship scores. Can there be chipmunking in our system? Probably, but I think we honestly worry about this kind of thing too much. There will always be a small percentage of poor sports, just as there will always be a small percentage of cheaters. I think we as TO’s should just try to put forth the most honest and transparent system we can and address problems as we go on. 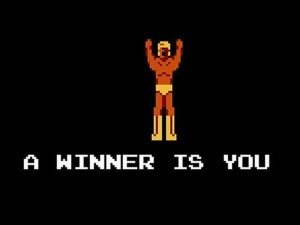 It is my hope to see Best Overall and Best Sports return to big events like the LVO. I feel that the award puts a certain amount of pressure to those who might misbehave and that it can and does have meaning. I know that the LVO and BAO have the Renaissance Man, but it feels a bit hollow without the Sports portion added into it.

Maybe I love Best Overall so much because it was the one prize I had a good shot at winning. I’m an above average player, with average to above average painting skills, and a winning smile (at least that is what my mom tells me). I always tried to shoot for best overall and was sad when an event didn’t have it. I think there must be a way to get it back into the mix.

What about you? Do you miss Best Overall as it used to be? See any other solutions? Post below!

Posted on March 7, 2015 by CaptainA in Editorial

← Signals from the Frontline: Warhammer 40k and General Gaming News, Rumors, Tactics and Comedy!
I 30k And So Can You! →

33 Responses to “Overall on the Case”

Leave a Reply to Dr.insanotron