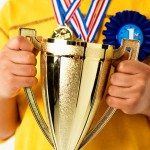 When you play 40k for any length of time, especially when you start playing tournaments at home and around the country, you get the chance to play against a lot of different people. I’ve been fortunate to play against a lot of strong 40k players, or rather I should say I’ve been fortunate to lose against a lot of strong 40k players, and have started to notice a lot of commonalities between many of them. You have a lot of time to think when your head is being held under water and your opponent is sliding the knife slowly in your guts saying, “Shhhhhhhhhh.”

“How did I get here?” I wonder as I slide into the abyss.

Lets take a look at some of the things that make up a strong 40k player and what we plebeians can do to emulate them. 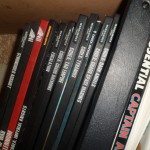 Know Their Codex – These players know their codex in and out. They rarely need to check their lists for stats and can tell you from memory what a unit has and does. This makes things go much faster for them as they don’t need to constantly reference their codex and can focus on what they want their units to do.

Know Your Codex – Not only do they know their codex, but they probably know your codex as well. 40K can very much be a “gotcha” game where if you don’t know what a unit does, then you can easily be caught unawares and put in the worst possible position. Knowing what your codex does and how your units works gives them an advantage in that they can avoid bad matchups on the field.

Know The Rulebook – Knowing the core mechanics of this game makes your play much stronger. This can work offensively and defensively as you will place your models better to maximize line of sight and increase cover saves as well as keeping key models safe in a unit. It can really help improve the speed of your game as well making sure it reaches a natural conclusion, which could mean the difference between victory and defeat.

Play Consistently – A lot of that knowledge can come from playing over and over again against all kinds of lists. When you see a unit in action, it can prepare you for it down the road and give you time to think about how you might counteract that unit at a later date. Playing consistently makes your play tighter and faster as well which will help your game in the long run. 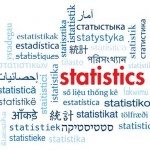 Statistical Thinking – One of the things that I’ve noticed that a lot of these people can do is run statistics in their head. They can quickly tell how many wounds they should cause or should inflict in a given situation. This can come in real handy when they are deciding whether to shoot unit A or B. It is important to note though that the dice do not always obey those statistical averages and can instead have a mind of their own in how a situation should resolve itself.

End Game In Mind – I know firsthand the desire just to kill things and blow stuff up on the table, but players that win consistently will often sacrifice killing a unit for getting a point in the game, or even sacrifice one of their units just to get a point in a game. Key points like First Blood or Maelstrom points can go a long way to winning you the game by the end. For ITC missions, track both yours and your opponents maelstrom objectives and points. This could easily sway your judgment to attack or stay put to score that critical point that could win you the game. It can also help you calculate what you need to do on that final turn to bring things over to your side.

Has A Game Plan – From deployment to engagement, these guys have an idea of what they are going to do from the get go. Having played against a lot of different lists allows them to prepare for lots of different contingencies and instead of hemming and hawing about what to do, they set up and move forward.

Playing Quickly and Efficently – Getting the full amount of game turns in is not only polite as a gamer, but it will often allow you to change the course of a game. How many times have you needed the game to go on one more turn and you would have had it? Good players play quickly and efficiently with their army. Getting to a more natural conclusion is so much more fun than ending on turn three and losing because they had three objectives on their side and you had two.

Up On The Meta – Again, knowledge can be key in this game so knowing what new stuff does can completely be the difference between a win and a loss. There are lots of ways to be up on this, with podcasts, videos, and blogs, and I’ve noticed that these players often listen, watch, and read a lot of 40K content.

I’ve been trying to up my game for some time now, and while I don’t consider myself one of “those guys” I feel that my game has been getting better. Losing all the time can really suck and while you don’t want to do awful things to win, you can get better as a player. 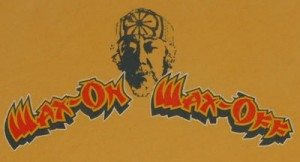 I personally think one of the best things to do is to try to play consistently. I play just about every week on Wednesday at Guardian Games league night and this has allowed me to try lots of different lists and play against a variety of lists as well. This has also allowed me to play my list for the LVO over and over again as well. I feel much more confident with my list as I’ve seen it against Knights, Barbed Heirodules, Serpent Spam, Daemons, and more.

Another thing that most every player can do is spend time listening to podcasts, watching battle reports, and reading articles by other strong players. You can learn a lot about new combos, tactics, and gain insight into the enemy through these items. They do take time, but that is one that a lot of us have.

Although I like puzzles, I don’t find myself as one of those guys that can read a new codex and suddenly see the hidden combos. Don’t be afraid to use the list that someone else comes up with, even a dreaded “net list”. Having a strong list can mitigate your weaknesses in other areas. Don’t worry too much about being “that guy”. As long as you are genuine and kind people won’t hold it against you too much. Heck, I won best sports playing with my Centurionstar a bit back at our league.

Will these things take you to the top 16 at LVO? Who knows, but it should bake you a stronger player overall. Practice, study, and bring a good list. These things will give you a better chance of winning and winning every now and then feels pretty good.

Leave a Reply to deFl0