Return of the Mech?

Hey everybody, Reecius here to discuss the return of mechanized lists in 40K.

We saw at NOVA the dominance of Wave Serpent lists and at the BAO we saw a slew of mechanized Astra Militarum and Space Marine lists doing very well. Are we witnessing the return of the mack…er mech? 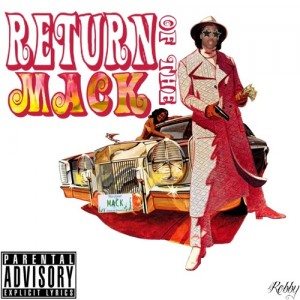 Anyone that played in 5th edition remembers parking lot 40K all too well. That was truly the mechanized edition and while it was balanced and fun, it did get stale at the end of the edition. With the implementation of hull points in 6th, we saw mech lists largely fall out of favor as the deathstar and flying circus lists rose ascendant.

In 7th though, we’ve seen changes to the core rules that have reigned the flying circus and deathstar lists in a bit. The vehicle damage table going up to 7 and transports being able to score (if not also having ObSec) means that transport vehicles are very versatile this edition. As a result, more lists are viable and the mech list is making a comeback. While I don’t think anyone wants to see the return of the parking lot, it is nice to see a greater variety of viable armies and play styles.

An extremely viable strategy in 7th ed is to play ObSec MSU (many small units) armies. As ObSec confers onto a dedicated transport, you can effectively double your number of ObSec units (or triple in the case of combat squad Marines). If you have points efficient troops and dedicated transports, you can present so many targets that your opponent will have a great deal of difficulty dealing with all of them before end of game. If you have units inside of transports, that means the transport must be dealt with before the unit inside can even be touched. 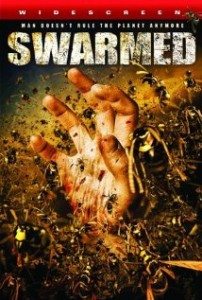 Combine this with effective support units and you can create an extremely challenging target priority situation for your opponent. High pressure units that get in their face, powerful damage dealing units, etc. that demand attention take pressure off of your ObSec units that are zipping around in mechanized transports. Your opponent either ignores them to deal with your MSU Mechanized scoring units and takes heavy damage, or deals with them and loses precious time to deal with your ObSec units.

If you combine this with a mechanized unit that is also an effective fighting vehicle, you have a winning combo. Wave Serpents and Night Scythes jump out here as the obvious choices, but Rhinos, Razorbacks, Drop Pods, Taurox, Chimeras, Land Raiders, Venoms, etc. can all fill the same roll. The key is to either present highly durable targets (Serpents, Land Raiders) or so many units that your opponent doesn’t have any good choices for targets. Another benefit to the MSU style of list is that often, Deathstars can struggle with them as they can only take on 1 or 2 units at a time and the game ends before they can do enough damage.

These style lists gives you a tremendous advantage before the game has even begun. You get mobility, increased durability in many cases, scoring options, and sometimes great firepower, too.

So, while the mech list is not king by any means, it is a viable play style again, and in my opinion, has struck a nice balance with infantry heavy lists, flying lists, and monster mash lists. Vive la variety!

2 Responses to “Return of the Mech?”

Leave a Reply to Ghostwolf