The Greatest 40K Player in the World on Adepticon and the State of the Meta.

You are here: Home › 40K › Editorial › The Greatest 40K Player in the World on Adepticon and the State of the Meta.

Hello everyone, Frankie here to talk to you all about Adepticon.

So everyone knows that Adepticon is one of the largest–if not the largest–40k tournament in the world. That means: prepare yourself for glory! For many, this means bring the most absurdly powerful list you can. For others it means bring what you have and have fun playing 40k and interacting with your friends from all over the world.

The best part of Adepticon hands down for me, is seeing everyone you only see there and playing games with people you never would have met otherwise. The second best part for me is trying to become the champion of Adepticon by winning the 40k Championships. The championships have around 256 players, all varying in skill and lists. This year, however, the list part was a little like looking at a bunch of people that hit ctrl+c. A lot of the top skilled players were guilty of this with the Seer Councils, Beaststars, Oh’vesastars, Centurianstars and the Flying Circus. The good thing about this year however was that at least there were a lot of codex’s being used opposed to past years where it felt like 60% of the field was Grey knights.  I was happy to see that no one list was dominating the field and that all these stars were having challenging games against each other. The downside was that if you did not bring one of these “meta” lists than your chances of winning were very slim. Also, disclaimer: not all the lists were the same they all take different units but the concept of the lists was the same: either hyper durable defense or hyper powerful offense through a combination of allies and stacked USRs. 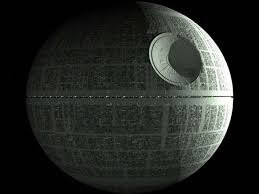 In the finals we had a lot of the same shooters we always see, which is expected. But a lot of these players were playing these overpowering lists with re-rolling saves/shots.to wound rolls/ignores cover/armor/etc. units. It was sad to see a lot of players who I view as top notch competition to my title of “Greatest 40k Player in the World” selling out to these lists that are an easy button. Don’t get me wrong, these lists have their own problems and if they don’t get the right powers require someone with a lot of skill to pull out that W. A big shout out to Nick Nanavati, who won with a counter “meta” list, the Flying Circus. That’s two years in a row for that guy, and that is a feat.

So a quick fix I believe in order to get some more variation in lists would be to allow Imperial Knights and Formations into tournaments. Along with gearing the missions to at least use all the missions in the rulebook once and not have one mission over and over again. I believe with allowing the above, that the top tier players will have to adjust their lists to Skyblight Formation Tyranids and Knights and lots of different mission types. It will be interesting to see what happens at future events but a few tactics against these lists for those of you out there who aren’t the Greatest 40K Player in the World: always play for the objectives and often, leave the Deathstar alone. Build a list that can alpha strike one of these units and take out the main characters before they get powered up. Lastly, don’t get disheartened by playing one of these lists, just play the game and maybe something crazy will happen and you can laugh about it when your 9 point Kabalite warrior kills a Riptide in overwatch! Thanks for reading guys and gals, Monday I will get you an article on my games at Adepticon.

37 Responses to “The Greatest 40K Player in the World on Adepticon and the State of the Meta.”