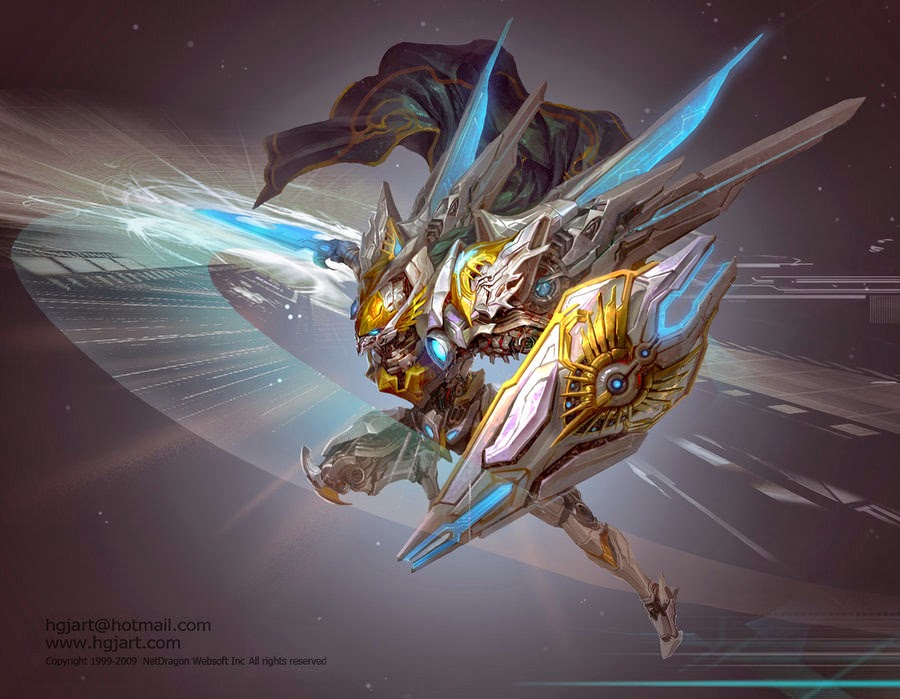 Reecius here from Frontline Gaming to relate our experiences with play-testing the Imperial Knights.

We’ve played over a dozen games with the Imperial Knights so far and I feel confident that we have a really good handle on how they play, their strengths, weaknesses, and the impact they will have on the meta.

Before we go too far, I have to drop a shameless plug. Our very popular Gaming Mats are now up for pre-order! The entire line will be in stock at the end of April and will ship no later than the first week of May! They are already selling like hot cakes, so don’t wait to get yours. Click here to pre-order your mat! 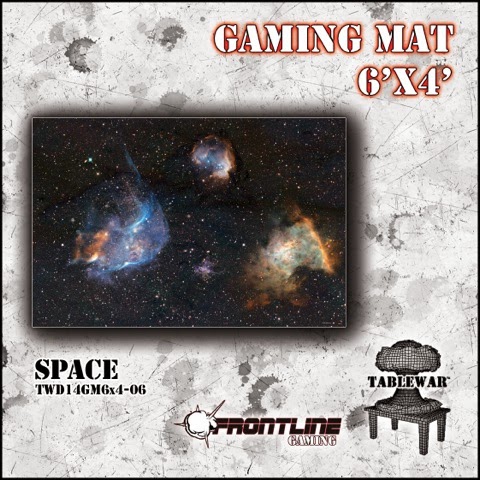 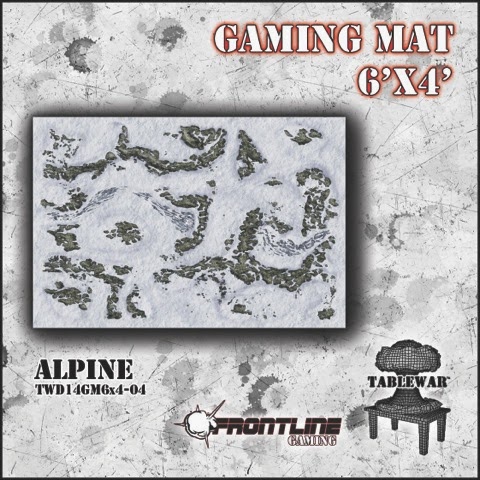 Have we tried every combo and iteration of Knight lists? No, of course now. But we have run them through the paces against a wide variety of armies and I can say that while there may be some crazy combos that pop up in the future that we are unaware of now, in general terms they are a fair and balanced addition to the game.

For a hefty points cost, you get a powerful unit. They have fairly good shooting, and fairly good melee with their D attacks and are quite speedy with a 12″ move. But the Stomp is really the secret sauce with these guys. Some lucky 6’s and great googly moogly, they reap a toll on your opponent. We have found the stomp attacks to be their most powerful weapon in most games.

They are also fairly durable with 6 hull points, Ion Shields and Super Heavy Walker status. This means that they take quite a few hard hits to topple, but, at nearly 400pts in cost that is to be expected and totally fair.

However, they are not over powering, in my opinion. They really do a good job of walking that fine line between too powerful and not powerful enough. Achieving that balance is very difficult to do and for a nice change of pace, the design team seems to have struck the mark.

My only real complaint with Imperial Knights is how many gosh dang rules issues came along with this guy. We all see that GW is pumping out rules at a break-neck pace with little, if any, regard for quality control. But this one is really bad, some of these rules issues had to have come up if the unit was play-tested at all such as moving through difficult terrain. Below I list some of the rules issues that pop up with Knights and the solutions we have come to. I am not saying these are holy writ, just the solutions we have come to and will implement in our events as well as will be seen in many of the other big tournaments. 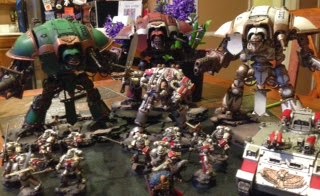 So again, these are our rulings based upon a mix of logic, RAW and our perception of RAI. Feel free to disagree or debate these interpretations, but remember that these are a necessity for organized play so that everyone comes to the table on an even footing.
As for dealing with the Knights, they go down fast in assault if you can hit them with a high In Monstrous Creature, or lots of rending attacks. Multiple Melta Bombs also gets the job done, too as Stomp attacks are I1 and so can’t stop you from attacking. Anything that lowers their Initiative is good too, such as Grav weapons or Harpies. That helps a ton to get in there with hard hitting weapons that may swing slowly.
Also, ram them! They can’t Death or Glory (per the Walker rules) and so things like Deff Rollas or any high AV vehicle moving at a good clip will really do work on them.
With shooting, obviously you want to hit them from multiple angles. Make them choose where to put that shield and then hit them in a weak facing. At AV13/12/12 you can chip away at them with lots of weapons. Str7, 8+, even 6 on the sides and rear, to wear them down. In our games the Knights almost always die. Rarely have we had a game where even one survives.
In all, after a great deal of testing them out we are for sure letting them into our tournaments. They are a lot of fun to play with and against and while the first game against them may bring some shock and awe to the opposing player, simple tactics and a little list tweaking is all that is needed to counter them for pretty much any army. And, most importantly, they go by the rule of cool: they look AWESOME on the table!

28 Responses to “Don’t Fear the Knight”