Oh hai there!  I’m your host, Rawdogger, and this is my 40k Week in Review. For more Raw Dogger, check out his blog over at Kimchi Games.

A bit of a quiet week, all snark concerned, but like a fly drawn to cat poop I’m always able to sniff out the fresh squeeze.  As usual, most information un-apologetically stolen from such sites as Faeit212 and BOLS.  No information was found Stelek’s blog, if that is still a thing.  On to the news!

If you don’t get that joke in the headline, don’t worry, because neither do I.  Games Workshop released an extremely limited, extremely over costed Void Shield Generator model this past week, which sold out in about 10 minutes.  I’m assuming Carl over at The Independent Characters snagged 10 and probably pre-ordered the digital Void Shield Generator Data Slate.  While there is much wailing and gnashing of teeth in the hobby community, most fail to see the genius move this was for Games Workshop.  Think about it. The molds for the kits they made were resin, which is considerably cheaper to produce than plastic molds.  Secondly, by making it a limited edition model, they were more than guaranteed to sell out of the run they produced.  Last, the vast majority of those sales were direct to customer which means their margins were significantly higher than if they sold the models through your FLGS (Fat Local Game Store).  They now have a mold of a model that they KNOW will sell.  I think we will be seeing much more of these ‘limited’ releases in order to gauge customer responses from Games Workshop in the future. 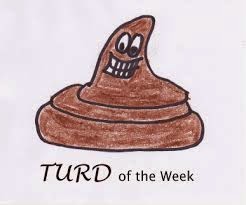 This weekend Games Workshop released it’s latest Chaos Space Marine digital supplement, Dataslate: Hellbrute.   I actually bought this one, and with formation names such as ‘Mayhem Pack’, ‘Helcult’, and ‘Helfist Murderpack’ how could any 12 year old do without 5 of these motherfuckers?  That is the whole point of these formations, isn’t it?  To sell more models?  Kudos to Games Workshop for trying to put lipstick on a turd but at the end of the day we are talking about a slow 100-130 point AV 12 walker with 3 hull points.  Bringing more of them isn’t the answer and  no amount of fucking kick ass radical sounding formations will make the 6th edition issues with walkers any better.

So that’s it folks.  A new Tyranid Dataslate is being released but hasn’t hit yet, so no sarcastic feelings about that…..yet.  I was also able to get a couple of poop jokes in there as well, so that’s cool.

Until next week.  Keep watching the skies!

Leave a Reply to joedrache